I’ve found a good deal on a Statement preamp and am trying to evaluate the impact to my system.

System would consist of:

Anybody here have experience using S1 into non Naim power amps? What speakers are you using with your S1?

Don’t hesitate, the preamp is the heart of the system. It’s never too good.
It’s my opinion, however other think differently.
Recently a member wrote that the 500 dr is not good enough for the S1….

Recently a member wrote that the 500 dr is not good enough for the S1….

Hi FR, who ever said that, I can’t agree with. If of course you can both accommodate/ afford the full Statement by all means go for it (I can’t), but personally I’m finding the S1/500DR rather good in my 3.5x6.0 metres space. ATB Peter

I think people confuse “not good enough” with “not optimised”.

“Not optimised” is every person who doesn’t have the hearing of a 20-year old, let alone 50+ year old men who by that time have already lost 20dB of their hearing on average… 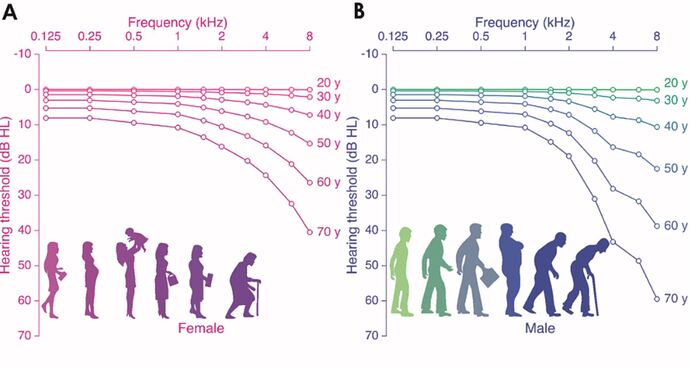 I would not buy an S1-pre without home audition, if that’s what is being suggested? It’s a very different beast to a 552DR, with much more ‘bottom end’, and it takes a few weeks to settle down from cold. Initially, it’s highly detailed (very good) but bass-absent, then after c.10 days the bass comes to play, and it can generate significant low-end bass IME.

@frenchrooster – yes, it is far better, but it can create room challenges. It’s not a slam-dunk.

What a surprise, hearing deteriorates with age, who would have thought that?!

It was @916SPS . However his system is perhaps what a full active Naim can be at his best.
So all is relative. I tend to agree with you.

What are you waiting for? They say that the best time to plant a tree was yesterday. The next best time is today

Told you quite a few times now, as you have the rossini and its your only source.
You really need to try it with a true balanced amp before you jump down this hole, as with the money you will get from selling the 300dr and 282, then add the money you are looking at spending on the s1, you will certainly get a much better amp that can drive your speakers better and may also end up with as good as sounding system, that’s less complicated, cheaper and also gets rid of the next thing that will be a 500dr

I would 100% demo this against it as I feel you are just running blind into it all and going down the road of it must be better etc, as we all know the 300dr just isn’t going to do it justice at all as the 500dr is only just really good enough, but really if I was going to go s1 then I would want the matching power amps.

Prior to purchasing the S1 I had one on dealer loan for about 3 weeks after which I switched back to the 552. The 552 is a great pre-amp but by comparison it sounded closed, flat with a very small
sound stage.

Where the S1 excels is in the enormous sound stage and detail. You can follow every instrument and one doesn’t affect another. It is true that it can generate significantly more bass but that is only a problem if your speakers are very bass heavy or you have room acoustic challenges.

I don’t really understand the statement (pardon the pun) that a 300DR isn’t good enough. You will hear a massive difference. Sure, a 500DR or Statement power amp will also sound better if you’ve got the money…

Hi I didn’t say the S1 wasn’t any good with anything other than either full statement or an active power amp set up. It as said above will not been optimised. In my experience my TT and CD555 sounded better with a 552. The S1 showed up all the flaws upstream ie the source components. It’s taken me 18 months and considerable expense to get to a place that I’m really happy with now. I said in my post that putting the S1 unbalanced the system unlike the 552 which optimised my source. I’ve changed the cartridge, phonostage on the LP12 and added a second 555ps to the CD 555 and then changed all interconnects and power cables. It sounds magnificent now but not before. This IMO is an important consideration in buying the S1. As someone else also said you need to home demo it.

I feel Katrzy doesn’t want to make a complete departure from Naim.
His first project was Gryphon Diablo into Magico S5.
Now a return to Naim with the S1. But will the 300 dr be able to drive easily the Magico S5? I doubt.
Not easy choices, specially if the S1 appears at a very good price.

“ I’m talking about my experience but I would say the S1 would be very under powered with just 1 x 500 DR. Active and full Statment would be a much better option - at a bigger price point. I would stick with the 552 and that would stay closer to the balance rather than putting an S1 in.”

The S1 would be VERY underpowered with just 1X 500 dr: I probably misunderstood your post, but you can confess that it has some double meaning.

I’m talking about my experience but I would say the S1 would be very under powered with just 1 x 500 DR.

From my understanding, this is open to interpretation because in a similar vein it is like saying that the 552 would be very under powered with just 1 x 300DR.

I can understand why this has caused @frenchrooster some confusion

I’m too deep in the club

If you can afford a second hand S1, why not take a second hand 552/500? Or maybe it’s just the first step. Because I can’t imagine the 300 dr driving the monstrous S5.