Not only have I seen it but also listened to an S1pre in a domestic environment…;-))

I’ll forget how those Dyns (and DBLs before them) sound in a few weeks time HH.

On a serious note, the long term aim is to move to a detached house (The ultimate would be to have something built from scratch). I like having something to aim for and luckily am doing a job I enjoy so taking on extra jobs isn’t a problem. As a freelancer, you’re unlikely to turn down jobs anyway!

Bar speakers, I’m pretty much done with the system after a year of upgrading virtually every box and Statement isn’t going to happen so I’ll swerve ever listening to them.

Anyway it’s a long term plan & I’ll what comes of it as your experience shows, things can change quickly for the worse at the drop of a hat but for me it’s always good to have a goal to aim for.

From the joke thread: 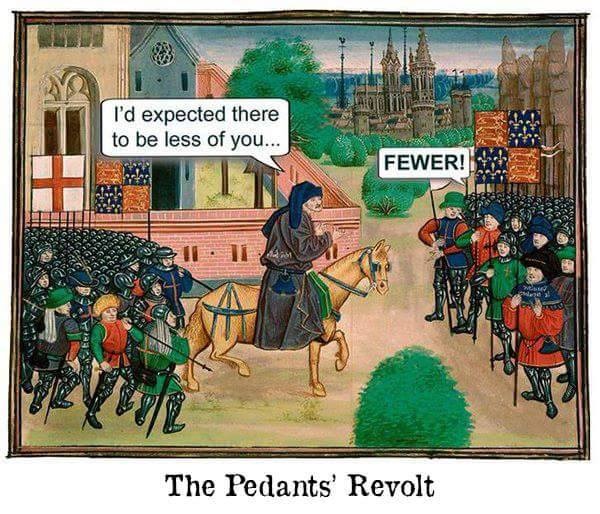 I heard Statement, NDS+2x555, and large Magicos, at the Naim demo tour here in my area a few years ago.

It was one of those few experiences listening to VERY high-end audio that taught me what hi fi can do.

It did not sour me on what I have at home, etc. But it did reveal, in a rather stunning and wholly educational way, just how much “signal” or “data” if you will is embedded in our source materials (lp’s and digital) that is there to be heard if you can hear it.

pare about 3 weeks off the journey.

It may have already exploded. We won’t know for a few hundred years.

Betelgeuse is 427 light years away as quoted in Norton’s Star Atlas. So not far away as far as astronomical distances go.

I heard one, under perhaps less-than-ideal circumstances (a Beatles vinyl playback at Abbey Road Studio 2). It was difficult to tell what it sounded like, as I hated the big Focal speakers it was powering; and the source – a Vetere turntable – was a bit draggy and slow.

The system was worth about £400K, if I rememember correctly. Even if I had that sort of money, I wouldn’t pay that for a system that sounded like that. I would like to hear a Statement with a top spec LP12 powering Dynaudio or Kudos speakers, though…

First time I hear that a big Vertere can be draggy and slow. However didn’t heard it.

I found it (Vertere) boring and a bit of a music killer, in the same way that all the SME, Rock and Basis TTs I’ve heard have been boring. Personal taste I guess…

Basis and SME I know. I had an SME before. But some said here that Vertere has very good boogie factor. Perhaps the phono was Vertere and a bit not up to the task?
Or perhaps you just don’t like it…

It wasn’t planned but I was lucky enough whilst in the area to call in unannounced and got to listen and compare an NDS into a 500 system to a Statement both with Kudos Titan 808’s at a HiFi dealer in Suffolk. The difference for me sounded like more than a one box upgrade ie. a bigger step up than going from a 250 to a 300. Listening to the 500 and moving up to the Statement in my opinion sounded much more musical and the 808’s just disappeared into a wall of sound. In short it is more revealing, has more control and is more pleasurable to listen to than the 500 set up. I’ve never heard Beth Hart sound so good on a HiFi system.
It was a pleasure to listen to the Statement but made me appreciate just how good my own system sounds at a fraction of the cost.

It was a pleasure to listen to the Statement but made me appreciate just how good my own system sounds at a fraction of the cost.

This, to me, is some of the fun of hearing very high end systems. But I know that for some others, it’s just painful.

For me it was a little painful, however not a big problem, to return to my system in a 18m2 room after having listened to a full 500 series system with 30k speakers and 35m2 room. The scale was not the same.

I was listening to various systems at a dealer and eventually, after passive 500 system into Kudos 808’s, Statement was connected up.
Suddenly, the music simply became all the more enjoyable. Wonderful.
I’d have difficulty justifying spending that amount of money on any system though…

In the context of active 500dr dbls the S1 pre is an immediate and dramatic improvement over the 552dr. I would even go as far to claim the 552 turnes out a weak link and bottleneck in this setting. With a maxed LP12 there is so much more musical refinement and delicacy presented with the S1 that seemingly is obfuscated by the 552.

Yeti,
Within an active 500dr system for me the S1 pre IS the next logical step. If it’s a joice between active 3*500/552 vs passive 500/S1 I’d prefer the active setting, yet this is more of an assumption rather than experience. I would think that the s1 with passive 500 does shine considerably yet missing the spead ease and transparency of an active rig.