At a friend’s house, we were trying out his newly acquired turntable. Auditioning the differences we heard on Miles Davis’ - Miles in the Sky, album vs digital. So, with that in my memory, I went back home and turned on the same album, through Tidal on my n272 (unfortunately, sadly no Qobuz for me) and I was somewhat distracted.

A large difference, but not only on sound quality…wait, wasn’t Herbie playing on the right, wasn’t Miles also? And was George Benson not playing very sneekily and quietly along with the bass just left of center?

So I apped my friend and thought he might have mixed up his speaker cables when adding his turntable. He didn’t though, neither had I (easily checked my channels). So we digged in Spotify as well, only to find the result being: Tidal and Spotify have mixed up the Stereo channels left/right. Presumeably being that the old record can’t (can’t it?) be wrong, and Qobuz also has it right.

A very, very weird notion. Could this be the only album they got wrong? Or maybe, something else is going on?

It will be an error with the music distributor master of the media data. I suspect Qobuz uses a different distributor compared to Spotify/Tidal for the affected media.

No idea what the cause is for the album you played, but they could be using different releases and these things happen. For example, the recent reissue of the Gilberto/Getz album on Verve has the stereo channels swapped, with Astrud Gilberto being on the left, compared to most other known releases where she is on the right. In this case, the reason was that nearly everybody else had got it wrong for the past decades and the original master did actually have Astrud on the left, so Verve restored it for this release.

That’s a funny coincidence , we also listened to that album on vinyl and she was very much living in the right speaker

Which release was that, the Verve one from the Acoustic Sounds Series that was released in August? (That’s the one where she should be on the left, and is for me both on vinyl, Qobuz, and Tidal - it’s the hi-res version from these streaming platforms. Other versions on Tidal/Qobuz differ)

I presume older, but I’ll ask. What an interesting quest this is. To see how thrown off you can be when the channels are swapped from what you’re used to, makes you listen more intensely as well.

OK, for an older release it is most likely “correct” that Astrud is on the right, (i.e., that’s how the release is).

True about the being thrown off, I was quite disoriented at first with the Verve Gilberto/Getz too and embarrassingly even complained on Discogs, where someone set me straight

The Verve edition has a conservationist approach (much like a museum) as they not only swapped the channels back to the master’s setup but also left tape editing errors and other minor issues on the master intact, which had been edited out of previous releases.

Both of them old. The verve one pressed in The NL. 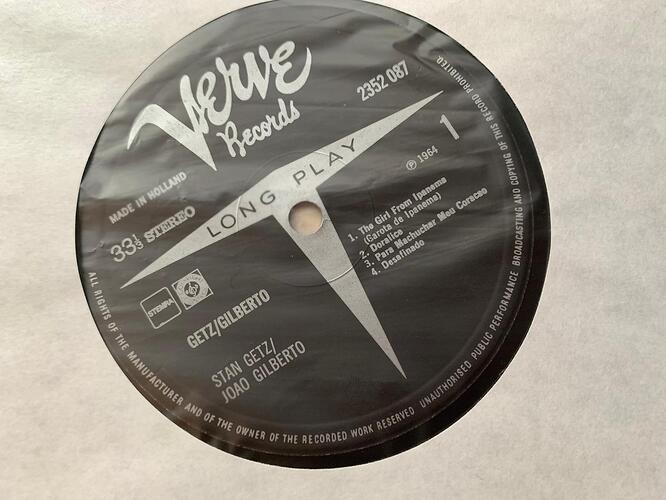 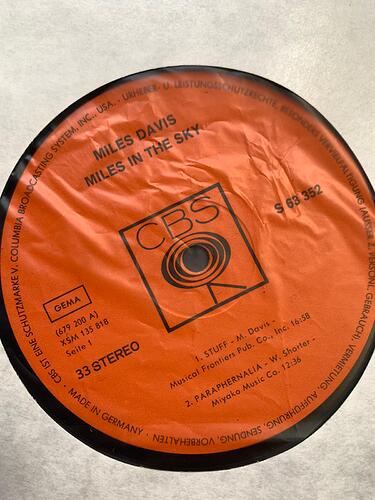 As far as I’ve gathered these should have her on the right.

This is the Verve Acoustic Sounds Series reissue from August with the switched channels: 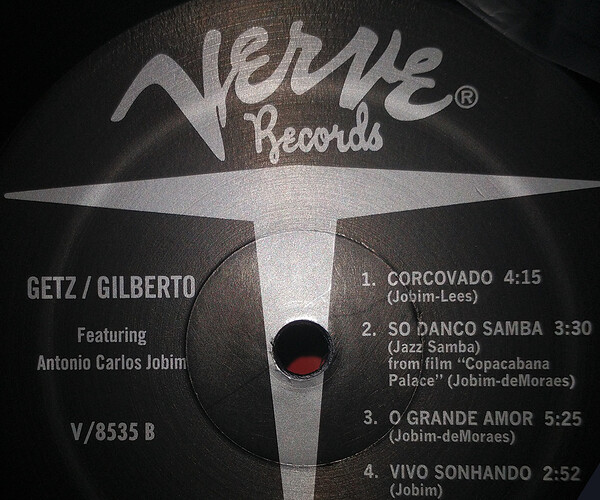