We have a friendly neighbourhood cat and its housemate that seem to spend most of their days in our garden and rapidly come into the house if ever a door is left open.

Yesterday evening I was on the patio and could hear an odd noise, probably a bird I thought. Next thing the cat was sticking its head in a half empty bag of charcoal.

Investigating further, extricating the cat from the bag, there was a frog, possibly two inside which quickly jumped into the weeds and disappeared.

An hour or so later Mrs AC called me - large dead frog outside the front door with cat circling its kill.

I thought someone had stood on it as it looked as though its tongue or even intestines were sticking out of its mouth/flattened body.

Quickly picked it up and chucked it in the black bin before the kids could see it.

Mrs AC and I commented it was odd we’d had 3 dead animals in recent weeks in the garden - first a wood pigeon or collared dove I found decomposing, last week we found a healthy looking ginger/white cat dead on the patio close to the bird feeder (could it have died trying to eat one? Bird not bird feeder!) and last night the dead frog.

The dawn chorus woke us both early on our week off, later aided and abetted by Mr DIY next door using a drill at 7am.

I loaded the car up with tools to do some garden tidying at my late parents’ house.

Oddly, I had a strange urge to check the black wheelie bin as I passed it.

Opened the lid and there was the frog sitting up proudly on the bag of heavy waste at the botton. I had to stick my upper torso into the bin to grab it and put it in a pool as if I’d just tipped it over the bag of rubble might have squished it.

I find this very strange, why did I have this sudden urge to check on a dead amphibian in a bin? Was it a sixth sense of some kind as I’d have wagered plenty that it was a gonner.

Anyone else seen frogs playing possum?

It was obviously waiting for a kiss to change it into a prince that would fall in love with its osculator, and being heterosexual it played dead so you wouldn’t be the one, while earlier when it saw the wedding ring on your wife’s finger and was too honourable have her rescue him.

I still maintain the frog got away lightly

Our Siamese girl, Sukie, was the real huntress. A substantially “indoor” cat, on her few excursions into the back garden, she managed to capture frogs, starlings and slow worms. All of which, thankfully, survived…

I should have also added to my post that the only (two) times that I have ever seen slow worms in my entire life was when they were being “carried” across the lawn by Suki!

That would have been mid 2000s. Never seen them before, never since.

That could be a useful strategy to employ at the right time.
I remember as a young lad playing football in the garden with some others. If the ball was hoofed out of bounds, (A la Beckham) it was customary to quickly drop dead on the ground - with the last one standing the duty of retrieval.

Whereas, when hoofed out of bounds, and through next door’s greenhouse, quite the opposite strategy was called for … leggit!

Anyone else seen frogs playing possum?

On a visit to our friends’ property, one of their chickens escaped the coop. Our retriever, then a puppy, bolted after this poor chicken and there ensued a whirlwind of dog, feathers and the screams of children. I called the dog off and we gently turned the children away from the deceased chicken lying on the ground.

Ten minutes later their dad and I were dispatched to recover and bury the dead. Only, it wasn’t there. We searched the area, no chicken. Eventually we found it. Sitting back on its perch, back in the coop, as if nothing had happened.

Apparently it laid eggs much more reliably after that!

Apparently it laid eggs much more reliably after that!

That chicken would have made an excellent Romeo or Juliette. It was a very convincing performance.

I speak of it in the past tense as I understand it has since ceased to be. 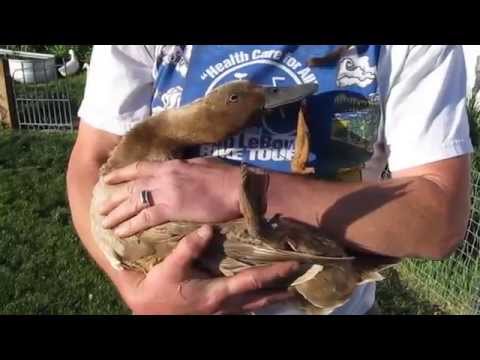 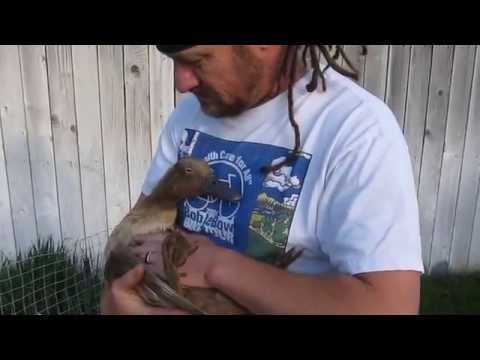 I think the inside story was that the pet duck had a nibble on some lawn growing magic mushrooms. This could be the more smarter option.