Don’t know why you keep banging on about this Henry Ford quote - you do realize there is no evidence to suggest he actually said it?

Yes FR, I would very much like to to just keep my NDS, and affordably include the new digital tech. I really don’t require a better Dac than the NDS.
Of course for NAS streaming or playing from a USB stick, it’s fine as it is. I assume the iRadio would sound a little better, especially with those new Naim Stations, but Qobuz isn’t available in Canada, and may never be, because of all the regulations and restrictions. (Read as ‘Protectionist’ policies).

I downloaded Qobuz along with a few albums whilst in the USA and it works here in Canada. I can’t use the nds and so running through laptop/audioquest cobalt into the 552. It sounds pretty good, can download new music, integrates into roon but not quite at nds sq level.

I downloaded Qobuz along with a few albums whilst in the USA and it works here in Canada. I can’t use the nds and so running through laptop/audioquest cobalt into the 552. It sounds pretty good, can download new music, integrates into roon but not quite at nds sq level.

But why into the 552 and not into the NDS? Doesn’t the Audioquest Cobalt have a digital output? My old Meridian Explorer (one) has one (optical) and I can connect it directly to the Naim DAC. Or you just use a decent USB to SPDIF bridge. The NSD is a very good DAC, it seems strange to me, not to take advantage of its capabilities.

The Cobalt I believe is meant for headphones with only a 3.5 mm analog output. A 3.5 mm to RCA cable to the amp is what he is likely using and it does sound pretty good in my experience.

The Cobalt I believe is meant for headphones with only a 3.5 mm analog output. A 3.5 mm to RCA cable to the amp is what he is likely using and it does sound pretty good in my experience.

I do not doubt that the analog output of the Cobalt is good but I would expect that of the NDS to be significantly better.

From this perspective, I see no reason to bypass the NDS unless it is broken or for occasional listening. If the Cobalt has no digital output, any USB to SPDIF bridge will do the job and, through the NDS, provide better sound quality, control and system integration.

I’ll give spdif a try.

Better choose the correct one.

Not sure if you will see this because it is two months later.
Can you tell me more about what you mean here by downloading Qobuz while in the states, and it works in Canada?
I live in Windsor, right on the Detroit river (USA), so I am wondering if I am close enough to somehow get Qobuz? I could literally shoot a bow and arrow from my apartment balcony, and have it land in the US.
Years ago, a lot of us Windsor residents used to get Direct TV from the US, since we are physically so close.

I download a free qobuz trial in USA, July 2019. I let the subscription lapse but signed up a few months later through Apple store. I have the app on iPad and on windows 10 desktop. Both work, and Roon recognizes Qobuz. However, if separately I simply type qobuz into a search engine, I get the “not available in Canada” message. It’s possible I gave them a US address, my hotel when signing up for the free trial and the initial registration carried over when I signed up via Apple, but can’t be sure. Also I did not delete the Qobuz program after the initial trial and so presumably am still using it. I also purchased a few downloads during the initial trial and have done so recently. Hope helpful.

Yes thank you, the problem is that the border is closed right now, and I can’t see it opening up any time soon. I have also thought about asking my employer if they have a US address, or PO Box I can use to set up a Qobuz account, we ship all of the molds we build to the US.

I have a couple of simpe requests:

I totally agree, the display could do with a bit of tweaking, there’s a lot of wasted space especially when displaying cover art = square cover art on a rectangular screen.

I fully agree, look at the HDX display, a complete different machine, I know, and also difficult to read from the other side of the room, but at least it’s providing more info: 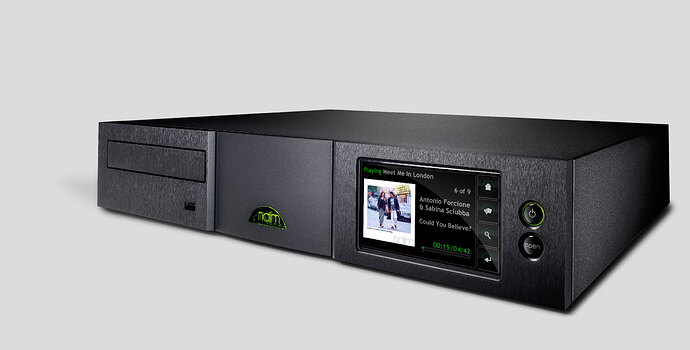 I posted a request for this about 7 months ago:

I noticed there was an earlier thread about this as well: It would be great if the app had an option to disable the auto-timeout of the now playing view to the album art, which is just a simple icon if the cover is missing: [1599988605486] The stream information is generally a lot more informative: [1599988595477] A simple option to not automatically revert to the album art after X seconds, but to stay on the manually selected view would solve this. This would likely be relatively simpl…

which was a follow-up to a request posted in Dec 19:

I would like the possibility to have the “Now Playing” screen on the front panel to be the default by choice, rather than just the album art. Currently I have to select the button on the remote which will display “Now Playing” but only for a couple of seconds or so, before switching back to the album art. If it would stay that way until physically switched back, that would do the trick. The alternative is to use the app, which invariably means waking my iPad and then giving it time to catch up w…

More agreement from me. Naim have provided a lovely screen on the Atom and, somewhat controversially, I also like the remote. However, it then feels as if they couldn’t figure out what to do with their capabilities, perhaps on the basis that we can always use the app and they didn’t see the necessity of duplicating too many functions. But that almost seems to make the remote and possibly the screen redundant or at least afterthoughts. Opportunities missed IMHO.

Oh and I still miss the psychedelic squiggles on startup!

I’d like OS X and Windows versions of the Naim app please.