Streaming from iPad to nDac?

I hope someone here can help.

Is it possible to send a digital signal (youtube) from an ipad to my nDac and get the music through the system in stead of listening from ipad ?

If not, is there another reasonable way to transfer the signal (bluetooth or ??)

Would be interested in wireless as well as wired (usb) options.

These 2 devices all have good quality S/PDIF output, FYI.

You could use Airplay via an Airport express and take the digital out into the DAC. A wireless N AE can be bought secondhand for beer money these days.

For wired, just plug the USB cable into the front port on the nDAC. I’ve got a six foot lightning-to-usb cable (around a tenner from Amazon).

You could use the USB input of either the ND5XS or the NDAC. Alternatively I would use a WiFi connection in preference to Bluetooth, but this would require an Airport Express and an optical cable. A Chromecast Audio would be another option, although I’m not sure that you wouldn’t find a few compatibility issues.
If your ND5 is a later Bluetooth model, you can use that. Presumably you have it connected to the NDAC via SPDIF?

I have an Apple TV (2nd gen) , could I use this for wireless connection as well ?
That is, the Apple TV is wired to Dac, and Ipad connected via Wifi to Apple TV ??

ND5 is connected via BNC (coax) to Dac

I think USB port on nDAC is for storage purpose only?

And if you want to see YouTube video on iPad, but transfer video’s audio into nDAC, AirPlay and Bluetooth can do that. Chromecast Audio can’t.

I think USB port on nDAC is for storage purpose only?

According to the user manual, the nDAC’s USB ports do not accept ‘usb” data streams from a PC, but they are iPod/iPad/iPhone enabled. I assume that it puts the iPad/Pod/Phone into “storage mode”

And it does work; I confirmed that this morning before I posted. Interestingly, I also discovered that by using Synology’s “DS Audio” app on the iPad, I could pull itunes music files from the Synology NAS, and play them through the nDAC.

The NDAC and old generation streamers were developed when iPods, and iPhones using iTunes, were still popular, and the USB inputs were designed to cater for that, and were Apple certified for such use, as well as being able to play from USB sticks. At that time, Naim chose not to go for AirPlay certification, which I believe they saw as too much of a compromise to their design, and not worth the hassle just to add a convenience feature to what was primarily a networked UPnP streamer. Times and priorities change, of course, and the current streamers use both AirPlay and Chromecast. The USB ports therefore no longer work with iOS devices, but have much improved functionality with connected USB drives.

The USB ports therefore no longer work with iOS devices,

So what am I hearing then, sitting here with my iPhone Xs plugged into the front port of my nDAC (firmware 4.11.8).

Blow me, you’re right! Last time I tried this I just got a message saying unsupported device, so assumed it wouldn’t work, but I’ve just tried it again, and it does now.

You can also route audio from an iOS device to an Apple TV. I still have the older non 4K one with an SPDIF output which I then connect to an Arcam AV amp and that works in the same way and could be setup like that as an optical input in to the nDAC. 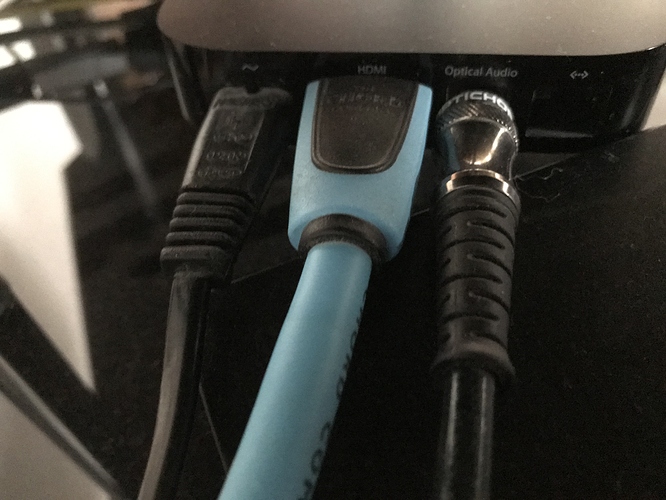 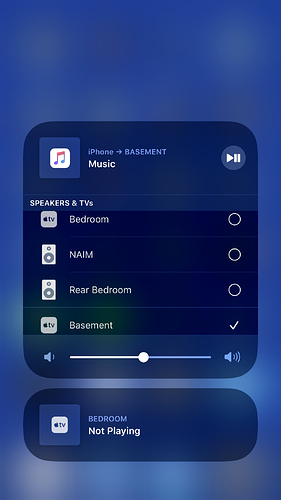 Will try with Apple TV later, not sure if I have an optical cable for this.
And then I only need to find out how to direct the signal from the ipad to the Apple TV.

Listening to Patricia Barber, streamed from Spotify free, I must say that it sounds MUCH better than expected.

For quite some time I have been wanting to be able to send audio digitally from my iPad to the stereo. I never imagined I had the solution right at hand!

Just moved the spdif that connected a Sony cdplayer with the dac to the Apple TV.
And … magic! I now have both options: wireless via Airplay or USB directly from ipad to dac.

Thanks all, great help

Nice, glad you got it all wired up as required!

For quite some time I have been wanting to be able to send audio digitally from my iPad to the stereo. I never imagined I had the solution right at hand!

Just moved the spdif that connected a Sony cdplayer with the dac to the Apple TV.
And … magic! I now have both options: wireless via Airplay or USB directly from ipad to dac.

Thanks all, great help

Glad to see that it works so nicely! One of the strenghts of the old Naim DAC is its number of inputs: I have an Allo DigiOne Signature, an Oppo 203 player, a Sony TV and a Chromecast Audio connected to my Naim DAC.

If you are planning to try out Roon, Airplay, Tidal, Qobuz, etc, you could also consider front-ending the nDAC with a Chord 2go + 2yu sever + transport.

With 1TB micro SD cards at about 300$, this gives you a complete server + streamer system that can run on a subnetwork completely independent of your LAN!

I already have a NAS server wired to ND5 with a lot of ripped cd’s.
I expect this to give much the same as your suggestion ?

I already have a NAS server wired to ND5 with a lot of ripped cd’s.
I expect this to give much the same as your suggestion ?

What do you mean by ND5? ND5XS, ND5XS2 or something else? An ND5XS2 would give you more or less the same functionalities of the 2go + 2yu combination with the addition of an onboard DAC. The ND5XS does not support Airplay, Chromecast, Roon and Qobuz, as far as I know. I guess if you have an ND5XS (or ND5XS2), this is already connected to your nDAC via BNC-BNC, right?

Streaming from ipad or iphone doesn’t involve the ND5XS.
The possibility of adjusting the volume on the phone/ipad is a welcome bonus