Hi all, my dealer offered me a demo-pair of SuperLumina Speaker-cables for a competitive price.

I have read some great things about the SuperLumina in this community, but most of the time the cables were used in big 500 series pieces and were combined with the SuperLumina Interconnect. In my situation the SUperLumina speakercables would end up in a system of 282/250dr/HiCapDr/NDX-2/XPSDr and Focal Kanta 2 speakers. Current speaker-cables are NACA5 (soldered etc). I have a highline as interconnect and don’t plan to change that one. I might opt for a SuperCapDr somewhere later this year, but everything else will probably remain as is. Do you think that SuperLumina cables will make a difference in my set-up? In other words; would my system justify the use of SuperLumina speaker-cables?

I already agreed with my dealer that I can test & audition the cables first at home, but of course my enthusiasm leads me to creating this thread and hear the community’s thoughts

Hi Iver
I posted my thoughts on this in the old Forum when I demoed this change (I also changed the Interconnect to SL).
I think my system at the time was NDX/XPS DR/SN2 with NAC A5 into PMC25.23 speakers.
I did the demo and was converted - I didnt need to think about it, placed the order within a couple of days of the demo.
I found the transparency of the cables really brought out the vocals particularly, but everything benefited according to my ears.

Some people on the Forum didnt understand why I would spend more than a black box on cables, but I really felt that the change of cables to Super Lumina felt like a black box change in terms of difference to me.
And I also wanted at that time to keep to 3 boxes.
Others had a similar opinion to me regarding the difference though.

If you can get a demo pair at a good price & you can have a home audition, I think you will go for it.
Enjoy the demo, trust your own ears, and if they dont do it for you in your system, then nothing is lost.
Keep us posted on your findings!

Hi @ChrisH, thanks your your comments. When the archives are made available, I will search for your thread on the SuperLumina’s. For the moment I proceed as you suggested and audition the cables at home
Iver

3 weeks ago I would have said no, invest the money in better electronics. But then when my Hiline was away for repair I borrowed a SL interconnect. My life has changed for the better:sunglasses:

Don’t discount upgrading the Hi-Line as there is great synergy when using SL throughout. They are stunning cables (albeit pricey) but the sum is greater than the parts!

You know the advice that comes next.

I bought a 5m pair when my dealer said he had some at a very much reduced price a year or so ago. He also agreed to refund the full cost of the NACA5 I’d just bought, so it was a great deal, and I knew I could return them or sell them on without loss. Despite that, it does seem ridiculous that a couple of bits of wire would, at full price, cost almost as much as the power amp and speakers they connect, a 200DR and Kudos X2s.

Im sure the SL cables will be a great addition, but a Supercap dr would be also.

Often with myself these things are decided on just how good the deal is at the time.

Iver, I think the thread was called something like ‘Super Lumina for Classic System.’
Good luck!
Chris

Hi, I have a very similar system to you actually. 282/Supercap DR (which is were you may be soon) I have the NAP300 DR and use a CDS3/XPS2 (both overdue a service)

I added the SL interconnect in place of the HiLine and the difference was immediate and massive. My lounge suddenly felt like it was the size of a football pitch. The sound quality improved of course. Its hard for me to be specific but I can say there is far less of something as the sound is litterally just the instruments now, this may sound weird and its very hard for me to articulate this but its as though a veil has lifted between me and the performance. I added the speaker cables a few days later (I bought together) this made a difference again but only in terms of the veil lifting aspect. The clarity may have improved but I was still so bowled over by the improvement from the IC it was hard to tell as the sound was just so good. Better than I believed I would experience at home. I must add that I rebuilt my SBL’s a few weeks later and this really allowed the SL to shine.

Today!! I added the NAP300 XLR SL and this again did not seem to add loads in terms of a sound quality upgrade, of course it added a bit but again that veil lifted further up. Listening now is almost surreal as the performers voice when low is genuinly low and you can talk in the room and then when they ramp up the sound does BUT its the voice and the instruments that raise with nothing else. There is a blackness surrounding instruments that I have never experienced before. To me the addition of the SL cables have given me more of an uplift in enjoyment by quite some margin than from HiCap DR to Supercap DR. This is not an upgrade in sound quality only its a presentational difference that I have never experienced before.

I would STRONGLY consider the IC as in my opinion it decimated the HiLine and is the strongest performer of the series.

Is it crazy to buy Statement level cables with a 282 Pre? Previously I would have thought so but now having done it, its the single most impressive change I have experienced in over 25 years of listening to music. I am sure many will think I am crazy but its all about what sounds good to our ears right??

Caveat - badly recorded music sounds poorer, brickwalled modern recordings with no dynamic range sound no better but feed in something well recorded and you will smile!

Iphone whilst enjoying a beer reply so apologies for any disjointedness etc!

Iver , I
am still not convinced and am happily listening to my standard cables. I have heard the SL at my dealer…I will home demo SL and True Signal audio cable…but for me these products need to be more than a tweek of the system. The standard Naim cables are easy to sound different to, but not easy to beat long term without spending a fortune. Best to take your time and listen.

Hi Iver, I would be surprised if you didn’t fall in “love” with the S/L cables, I would be concerned more about whether your bank balance can take another hit for the enevadible S/L interconnects you will find yourself wanting.
Having a similar system (Supercap instead of Highcap) it took all of 20 seconds to decide these cable were a “have to have these in my system” moment, I started with the Din-Din interconnect and quickly followed with the speaker cables, later the Din-XLR which was a nice improvement, but not the “WOW” of the other 2 S/L’s cables - to me, they equal black box upgrades and they are a constant so you can build/upgrade your system around them, well maybe not the XLR, if you go up to the NAP300 or 500
Enjoy your demo
Paul

I still can remember back in the day when they would introduce it. I had a day at Naim, and we had the pleasure to be some of the first ones hearing the difference between the standard cable and the SL speaker cable. Within really two seconds into the A/B I had decided that I needed it, without knowing how costly it would be. I the break I briefed my dealer and asked him to immediately order. That’s how earthshaking the difference was to my ears.

Absolutely spot on Steve, my thoughts exactly, must be good beer, its freed up your impressions nicely 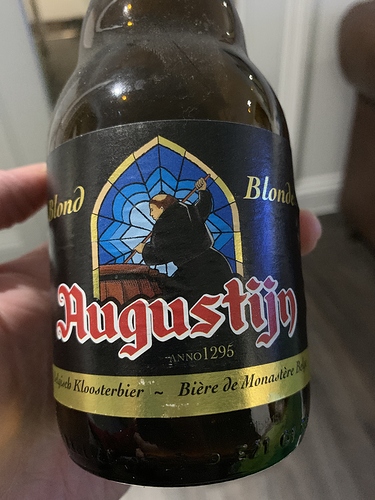 I have had a couple so yes I guess it might have!! One of my favourites from a small place near Ghent. I restrict myself to only a few a night as I need to get them from Belgium! I have friends there so always load the car up with a good selection when coming back!

Listening now and I am convinced that SL does something that a Black Box upgrade just can’t do for a similar cost. I should add I got the cables for a really great price. I am so much closer to the music and more involved than with any Black Box upgrade.

I found in my system at the time (NDX/XPSdr-Hiline-252-Suprcapdr/250dr that changing from NAC5 toS/L was good but it needed the S/L interconnect to really make you appreciate how good the S/L speaker cables are.

If I was looking at the upgrade again I think I would go for the S/L interconnect first.

Thank you all so much for your advice. I recon two concrete tips: audtion first in my own system, and maybe combine the purchase with the SL interconnect.

And @Steve … I live in Belgium and « yes » we are famous for all the qualitative beers. The one on your picture is indeed a well-known-one … enjoy it !

I added the SL interconnect in place of the HiLine and the difference was immediate and massive. My lounge suddenly felt like it was the size of a football pitch.

If you’d like to listen in a recording studio alongside the artist(s) rather than on a football pitch, Steve, you should have a try of those Chord Music wires (aka interconnects). They knock SL into touch (IMHO).

I tried SL speaker cables and interconnect when I was running a 282/SC/250.2 in to Focal Electra 1028be (not hugely different to your Kanta 2s). The difference I heard when the speakers cables went in and then the interconnect was very clear and to me justified the cost. I later added the SL XLR too. So I would certainly say, yes, the SL cables would be justified in your system IF your ears confirm it.