Sainsburys are to stop selling CDs/DVDs it seems (I assume BluRay too). 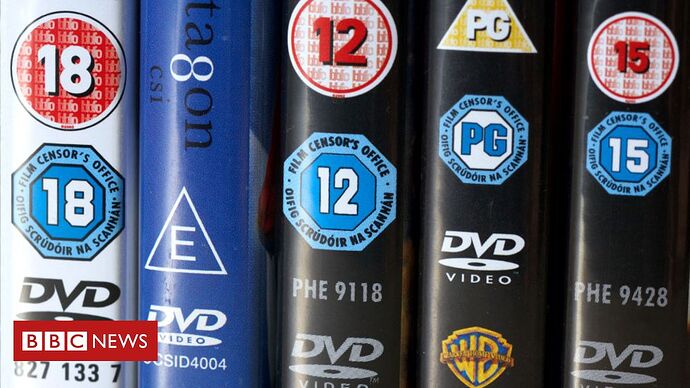 The supermarket giant says its customers increasingly go online for their entertainment.

Can’t say I often bought CDs there in recent years apart from the odd bargain compilation, but I often bought newly released BluRays if they had what I wanted and occasionally DVD compilations of SD stuff if the price was right.

Our Sainsburys is a real chore after they reorganised the ‘shop floor’ and incorporated Argos. Things I want now seem to be far further away in the dark corners of the store.

After the revamp I could no longer find the vinyl they used to have either - I often bought some re-releases/new albums but it was probably never sustainable. Vinyl seems to have gone from nearest Tesco too. Naturally I’d prefer to support a local independent vinyl seller but that is no longer so easy just to walk in, browse and buy.

I felt even buying vinyl in supermarkets was a little foil to the river’s online presence.

…and that’s pretty sad for those of us who want to snap up a few bargains!

Dissapeared from our Tesco store ages ago.

Suspect for most of us it doesn’t matter, but I suspect (again!) there are still people, mostly quite elderly, who would not use streaming services let alone have internet.

I don’t think it’s the law, just that nobody wants them, and with the going rate at probably well under £1 it can’t be worth the shelf space compared to the glut of other stuff they sell now.

A real shame though if perfectly usable CDs/DVDs are consigned to landfill when some people would buy. One issue I suspect is availability vs rarity, they might get a 100 copies of an old Robbie Williams CD, and anyone who wanted it would have kept it to begin with, a more obscure and potentially valuable CD would have even fewer local prospective purchasers even if desirable for a minority.

I’ll miss them. The odd £5 treat could be a lifter.

Charity shops are now much more switched on to the value of the stuff they sell, and there are rarely any real bargains. They must have some reasonably switched on people sifting through the donations, as the really good stuff will go on ebay or elsewhere and fetch the going rate. Not sure if this applies to CDs, as many shops now refuse to take them at all.

Last summer we put a pile of about 100 DVDs and Blu-ray Discs on a table outside with a note inviting passers-by to help themselves. Did it for 3 days, about 7 went. You literally can’t give DVDs away these days.

Our two local charity shops have a few CDs in that seem to change slightly every time I go in, but it’s mainly pretty dull mainstream stuff with multiple copies of Kasabian or Robbie Williams type acts. Uninspiring tbh.

Where I am, the local charity shops offer 5 cds for £1 and the selection available is varied but I’m not tempted because I’m a streamer of most musical offerings and owning a physical copy doesn’t resonate with me much these days (unless it is unavailable on streaming services)

And rightly so, given that the whole point of them is to raise as much money as possible, rather than to provide CD bargains to people who could easily afford to buy new, which of course also supports the artist. I take CDs to the local hospice shop on occasion, and if I know it’s worth a bit I will tell them how much. That way they sent it to the main warehouse so it can be put on line and generate more money.

Now that takes me back. c. 20+ years ago I decided to get rid of my VHS collection… there must have be 200 tapes. I left them in boxes outside work and the lot went before the day was over.

Reminds me, I still have loads of VHS and Betamax tapes - heaven knows why!