I saw This on Facebook this morning … it got me thinking.
There are always artists I return to, but I like discovering new music. 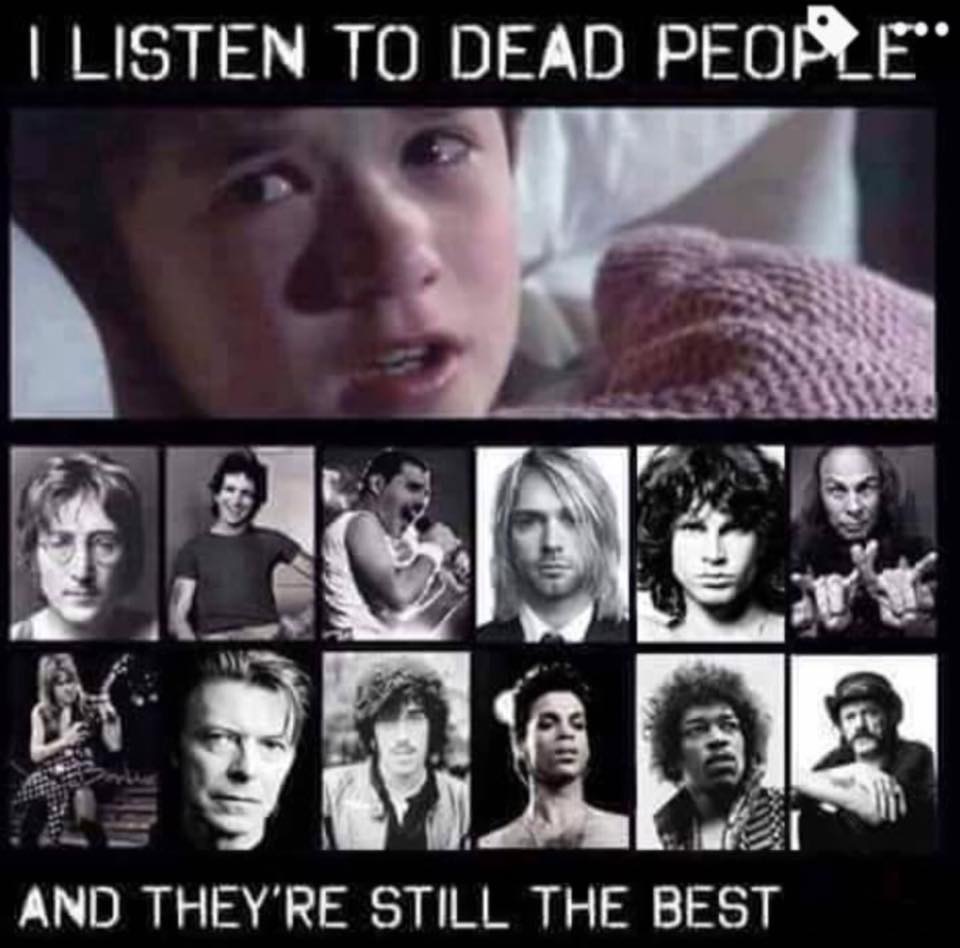 i too, returning from time to time to some classics, but wanting 80% of time to discover something new.

I am very happy spending probably 99% of the time listening to things I have heard before - in fact there is not enough time to replay everything I would like to as often as I would want! (A proportion dead, but many not.)

New things are nice - though I have long since a) recognised that new music that appeals to me enough to buy is rare, and b) further back in time recognised that I could afford neither the time nor money to keep discovering new music.

It is a bit like a relationship with a sexual partner - for some people there is always the ‘thrill of the chase/conquest’, for others the soul satisfaction of love. I have always been in the latter camp. (And I learnt decades ago that the grass is not always greener on the other side of the fence’

This is nothing to do with the enjoyment of live music, which I seek as often as I can - but that does not necessarily mean misic new to me, nor music that I would play at home.

Then again I’ve been rediscovering albums from my past which continue to enjoy.
Of course most of the classical music I like was composed by dead people, but is brought freshness by new interpretations.

And sometimes just listening to your favourite artists and albums again on the better HiFi gear can make you realise what you have been missing.

Also very easy to fall prey of greatest hits albums, listening to entire original albums makes you realise what you have been missing. I found that recently with Roxy Music and Avalon.

Shazam is my favourite app of all time, great for finding new music, connect it to Spotify and you are up for a world of new music and bands.