Interesting news from Team Ineos; Geraint Thomas and Chris Froome not in the squad to lead the Giro and Vuelta respectively. Bernal wil be the Tour leader, with Carapaz as No2 I would imagine.

Feels a bit ‘end of era’ but Brailsford typically unsentimental. Mind you Bernal and Ineos did not have a happy Dauphine so maybe Sky/Ineos are generally on the back foot this year. Brave to bet against them being ready come the Grand Depart of course.

I note Roglic and Dumoulin both expected to ride for Jumbo-Visma in the Tour although the former had a fall at the Dauphine. Very strong support squad too.

I was very surprised Thomas was left out, especially as Luke Rowe is in the team and he normally supports him. I hope he can go and win the Giro now, that would be great.

Great to have the pro cycling back on tv imo.

Neither G or Froome impressive at all in Dauphine so not surprised. But agree it will be great to have ITV4 coverage back on - always a summer highlight

I thought the Jumbo-Visma team looked very strong in the Dauphine, I would be very surprised if Ineos can pull it off.

I think the Yates brothers…if both selected… will be the only British element with any potential.With Froome…G…Cav and Dowsett not riding GB will be thin on the ground.

Haven’t seen Bahrain-McLaren roster for the Tour yet have we?

No…im going on form so far…

Going to be a wide open Tour with so little racing days in everyone’s legs. Surprised Thomas has missed out, not surprised about Froome - DB has a long track record of being ruthless in the pursuit of victory but I don’t think this is their year. Quite fancy Alaphilippe to cause panic again - he’s a throwback to the days of panache and racing on feel which made me fall in love with the sport

So I was right, no Cav or Dowsett. Only Luke Rowe and Adam Yates to make any UK impact, stage wins for Yates . Hugh Carthy and Conor Swift hopefully will establish themselves in their teams.
Second win for Bernal in the end is my prediction. Will be a great race. Nice is a nice place to start!

Yeeehaa! 20 more minutes and we’ll switch on the Telly. 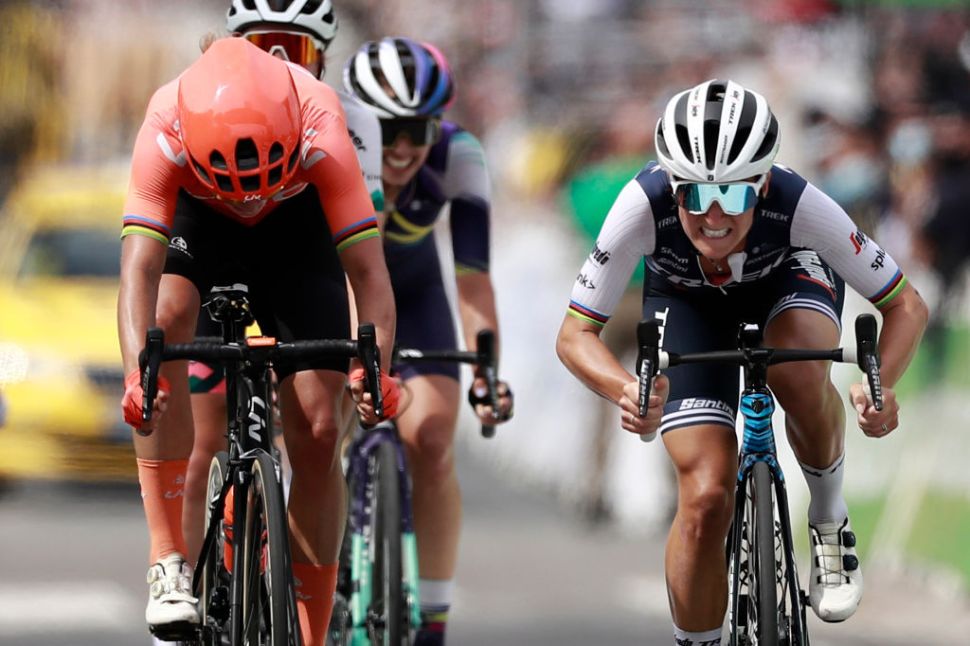 Meanwhile in the UK; stage One of the TdF can be watched live right now on ITV4

Anyone else going to be glued to the Telly this afternoon?

I assume this thread will run throughout the next three weeks… can I respectfully request no spoilers… in case some people only get to see the evening highlights?

@Debs Watching it now on Eurosport, conditions not the best for the riders!

Debs, watching it now on Eurosport, conditions not the best for the riders!

Yes, lucky they didn’t postpone it until December!

But it will be very strange watching the TdF in September,
hopefully they will get sunny dry autumnal days that are not too hot.

Trek got their tactics spot on at La Course.
I know Lizzie’s parents quite well having ridden with them. They will be made up