Not sure we have a general tennis thread? Anyway I’m enjoying the French Open, the men’s semis this PM should be great. I love Tsitsipas with the single handed backhand and the match up with Zverev looks good, and then Rafa vs Novak!

Have you watched the match between Djokovic and Musetti?
Musetti was leading. Then Djokovic went for 5 mn break . Very strange how the match reversed after 5 mn break. Strange even. Did he took something, like a drug ?

Of course, no one can’t respond. But it was a
quite a spectacular changement.

I put it down to Musetti’s injury.

I didn’t realised he had an injury… the journalists commenting the match didn’t spoke of that.

Yeah, and he retired before the end. 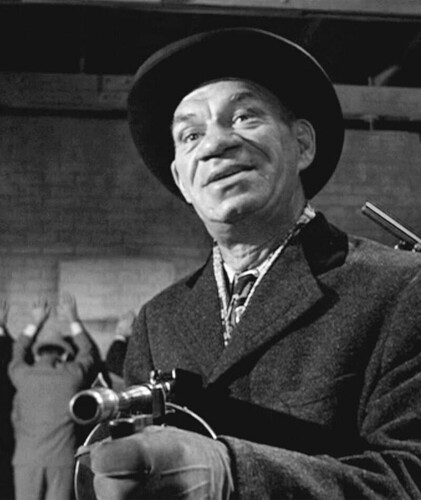 Last night between Rafa and Novak was simply off the planet amazing.

Watching Andy Murray, the angles and ground shots are still there but I don’t think he moves like used to.

For Wimbledon I can’t see beyond Novak but the ladies’ tournament is wide open.

Murray is going through the motions. I don’t think he believes in himself any more.

I think he wants it - desperately - but that’s different from believing it.

You all must have been watching a different game from me !
Nice one Andy.

Not me, he must be the worst sportsman in the history of all sports.

There’s some what more Brit talent doing well for themselves at this stage.
Fingers and toes crossed.

You all must have been watching a different game from me !
Nice one Andy.

I agree he’s looking good and very hungry, let’s see what he can do.

Murray? If so, yes, he’s a miserable looking bugger.

@Count.d I can’t think how you draw that conclusion. True he may not engage the media in the way that Federer, Nadal and Djokovic do but I can’t think of any issues with regard to him being a sportsman. Of course his sense of humour is dry and he was labelled as a result of the “anyone but England” quip all those years ago but frankly any self respecting Scottish football fan would likely have said the same, and it was a joke.

As far as his prowess as a tennis player goes he must be almost second to none. 3 majors and 2 Olympic golds in an era when the game has advanced way beyond previous levels of skill, fitness and professionalism. For his first Olympics he dismantled Djokovic and Federer in successive matches, for his first major he stayed out on court for 5 hours again against Djokovic on an incredibly hot NY evening and there can be no doubt Djokovic has to be the fittest guy ever to play the game.

Then there’s his skill level 2nd only to Djokovic and perhaps Agassi as the greatest returner in the history of the game, his angles and ability to construct a rally, his touch at the net and placement. And never forget when he carried GB to the Davis Cup he could barely walk off court at the end.

Truly one of our greatest ever sportsmen.