Many years ago, this Glasgow-based group were a sort of house band for Linn, with their ‘A Walk Across The Rooftops’ and ‘Hats’ LPs being used ly Linn/Naim dealers at any hifi show you went to in the 1980s to demonstrate the marvels of the LP12. I had those albums at the time, and a couple of others, although I had the albums on CD (ironically).

Anyway, I thought that it would be fun to revisit my (relative) youth by getting my hands on pristine new vinyl copies, so logged onto Amazon 15 minutes ago to grab them. But there are no vinyl copies on sale.

Does anyone know why? Did The Blue Nile fall out with Linn? The last Blue Nile release that I remember was on a major record label (CBS?), so perhaps there was a rupture with Linn.

And can anyone suggest how I could find new vinyl copies? I wondered if I should ring round UK Linn dealers.

Any other bright suggestions, anyone?

The linn ones have been out of print for years try the auction site or record fairs.
I think it very unlikely a new one is sitting in a dealers.
Might be lucky.
I remember a story about a boat but I couldn’t possibly comment further.

Discogs or eBay are your best bet. The recent reissues are good but the originals of both are better. Best of all are the 12 inch 45s of Downtown lights - phenomenal sound. Be prepared to pay a bit though.

Thank you, that’s a real shame.

Good music, spectacularly well recorded, as you would imagine. I’ll try a couple of dealers, then drop it. (They weren’t Jeff Buckley or Carlos Kleiber, after all.)

Ah, but Richard, my LP12 doesn’t condescend to play at 45RPM. Not very gentlemanly to do that, old fruit!!

Oh come on, it has to be worth the ritual of fitting the 45rpm adaptor…

Maybe of no interest but their keyboard player, PJ Moore, has a new album about to be released, PJ Moore & Co, When A Good Day Comes.

The fact that they are not Jeff Buckley can only be a good thing. I know he is revered by many but I cannot abide his voice. There is just something about it. The Blue Nile were excellent, unlike many acts aligned with hifi companies. So often you get great recordings at the expense of decent content and a bit of emotion, which really is completely the wrong way round.

If you don’t like Jeff Buckley, that’s very much your loss, my dear chap.

You’re absolutely right, Richard. One more thing to negotiate with my new dealer (others include trying to resuscitate my dead CDS II, and getting back my lovely NAT01, which stopped tuning into stations). It’s an expensive hobby (or way of life, if that’s the way you see it).

I believe that it’s a good idea to buy a new belt as well, and use the ‘old’ one when playing 45s with the adaptor

Mind you, playing 45s again will be very odd. I haven’t done so since I sold my Thorens TD160S to a friend of a friend about 40 years ago.

Thank you for this info. I shall have to try to find a way to have a listen before jumping in ‘sound unheard’, as it were.

I haven’t heard the album, my dealer had a pre launch of the album and they were impressed, big Blue Nile fans, will certainly check it out.

Did The Blue Nile fall out with Linn

I’m not sure if they fell out. But at the end of the day Linn weren’t a record company/label per se. When Blue Nile started shifting bigger units then distribution/advances put them in a different league to the Linn label boutique operation.

Yep. Should be interesting 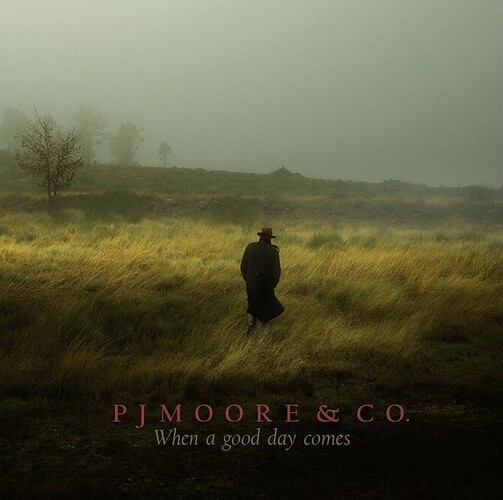 I managed to order - for not a lot of dosh - three of the Blue Nile albums as CDs from Amazon USA (none on the UK site), so that is something to be getting on with.

I’ll try calling some friendly Linn dealers tomorrow to see if they have any new old stock.

It does seem very odd that these releases are SO difficult to find.

The Blue Nile - now we’re talking!
Richard is right that Discogs is your friend here. I picked up Hats recently but it wasn’t cheap (I used to have all 4 of their albums back in the day).

I can recommend Paul Buchanon’s solo album, ‘Mid Air’ which has just been reissued this week as a 10th anniversary pressing which comes with an extra disc of material. These are shorter reflective songs interspersed with instrumentals. They are in the main slower, piano compositions so you’re not going to find something akin to The Downtown Lights or TITR, nevertheless there’s some lovely material on this reissue.

Oh come on, it has to be worth the ritual of fitting the 45rpm adaptor…

Curiously my adaptor would never work with my Valhalla PS.

Although we have all four albums on CD, our only LP is AWATR (original), which remains one of my all-time favourites.

I had a nostalgic play of the classic ‘AWATR’ tonight (Thanks @graham55 for starting the thread). I’d not listened to it in a while and it’s still a fantastic album.

Now listening to ‘Mid Air’ so thanks for the recommendation

AWATR is the album I use as a guide for listening to a hifi system at a dealers as I am more familiar with this record than anything else.

I took AWATR with me when visiting Cymbiosis to listen on the LP12 I eventually bought. AWATR and Hats are clearly a product of their time but I never tire of them. Mid Air is different - there are some lovely moments on it but nothing that gets close to Headlights on the Parade, The Downtown Lights or Stay.

Thanks for the heads up about When A Good Day Comes.