The comeback of (checks notes) … VHS? 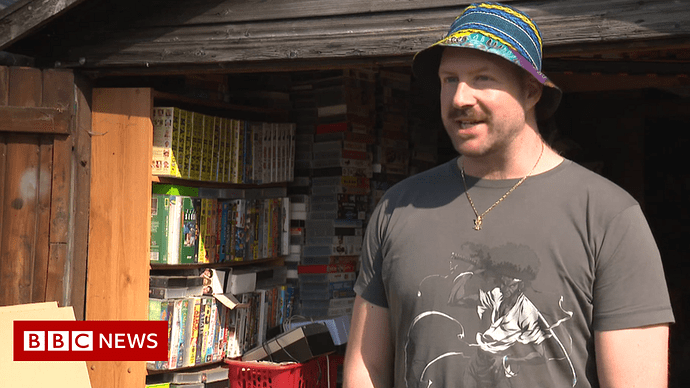 A video shop owner travelled from Liverpool to Dundee to pick up the massive haul from a collector.

“VHS is starting to have a similar comeback seen with vinyl.”

Really? Have you seen any suggestion of this? I think I’m a retro dinosaur for still using CD, DVD and Blu-ray!

Prices of the AV2 already going up …

I still have a VHS recorder and sometimes play old tapes from a video camera. I do need to transfer onto DVD or hard drive at some point. I also have a load of betamax tapes and am looking for a player for those. A working Sony on eBay normally goes for 200-300 GBP and a few years ago they would have gone in a skip …

AV2 is far too advanced here.

I guess there may well still be some videos out there on VHS that are not on Blu-ray or DVD, but frankly, having seen even the best of my old VHS collection played back on a TOTL Panasonic player on a modern day flat-screen, I just can’t see the appeal. DVD, and especially Blu-ray are streets ahead in just about every way.

Well, quite. My daughter was verbally astonished when we flicked from a match at Wimbledon in UHD to ‘just’ normal HD. I might really appal her by firing up the old VHS player and showing her Star Wars on it - a box set that was once a source of pride for me!

The comeback equivalent to digital music vs vinyl would be duplicated chemical film and optical projectors. VHS was just a spin-off equivalent to crummy old cassette tape. 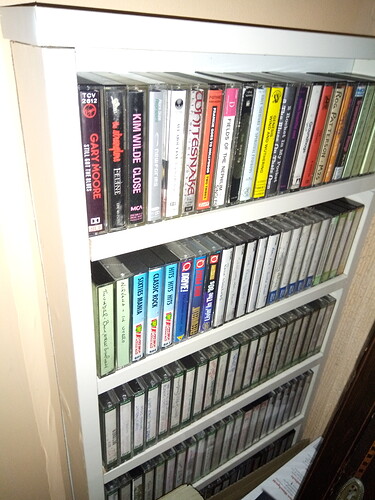 What was right with it? Poorer sound quality and far more susceptible to wear and damage than vinyl - to me its only use was for portability,

What was right with it?

On the positive side it was so bad that they invented CD. This was confirmed by Lou Ottens himself.

What was right with it?

The wear and tear issue is debatable (probably inconclusively so) - but certainly as a teenager, I found cassettes far more robust than vinyl. I’m sure an obsessive adult audiophile would have been considerably more careful.

But the greatest strength of cassettes was surely being able to record on them. The mix tape is a legitimate social phenomenon of the last 50 years - this should be recognised.

obviously it depends on the equipment one had, but cassette never sounded as good as vinyl, and wear as such wasn’t the problem, rather swallowing by tape machines! (And friends all seemed to have similar experiences.).

But yes, the ability to record of course was their strength - or rather for me the main reason for them, copying music to play in the car, and of course, though illegal, copying records for or from friends when record buying power was exhausted (which was all the time!). I was never into mix tapes, only once preparing one for a party, and otherwise a collection of odd singles - I was always an album man, playing in entirety.

I’ve only just worked out how to program the remote recordings…
Ours always mess up on a Tuesday.

Depending on the machine, programming a VHS machine to record was sometimes a real challenge, especially if the clock was permanently set to 88:88.

Videoplus (the numerical codes given in TV listings) was an interesting solution - apparently the mathematical algorithm used proved tricky to decode:

VCR Plus+, G-Code, VideoPlus+ and ShowView are different names for the same scheduling system for programming VCRs and digital video recorders. These names are all registered trademarks of Macrovision, whose corporate predecessor, Gemstar, developed these algorithms for use in integrated endecs. Before the advent of on-screen displays, the only interface available for programming a home video recorder was a small VFD, LED or LCD panel and a small number of buttons. Correctly setting up a recordi...

I would buy records and record them on my Nakamichi LX5, I had a Thorens TD-145mkII with Micro Acoustics cartridge, Yamaha receiver. That way I could party and not bugger up the records, and speakers were Infinity RSb

An excellent recorder, the LX-5. I still have some cassettes I recorded on a friend’s LX-5 back in ‘82.

Thank you Richard if I recall it was like $700. back then; a princely sum.

Indeed, it was an expensive bit of kit and a bit beyond my means at the time. However, it did persuade me to buy a BX-1, which had just been released. That was then replaced by an RX-202 which I kept for many years even after buying a number of bigger and better Naks.

The flipper decks! RX505 was the three head deck! They were actually quite robust and reliable. At one point I had a Nak CR7a very slick adjustable heads for auto reverse, three head so one should tweak bias and level in real time… ahhh the good old days.