That is the squad for the Ireland game I believe. Some deliberately rested etc

The squad I quoted before was for the pre-Ashes camp. Radio 5 Live Sports Extra implied it was the preliminary Ashes squad. I’m not 100% sure what pre-Ashes camp means though. I was surprised by some of the absentees. The BBC cricket commentators seemed shocked at James Vince’s omission.

Just as well they ain’t picking the team!

So I take not many here have pay tv?

I was dreading another chance for Vince. A lovely cover drive but out in the 20’s is not enough.

Warm up teams for next weeks match in Southampton.

Glad to see Carey there. Looks a talent

Heard on the news tonight (Aus) that Archer has been ruled out of the first test.

Archer and Wood both ruled out due to side strains sustained during the World Cup.

Hopefully we can start with Anderson, Broad, Woakes and Curran so not a bad attack especially if Jack Leach can add some spin.

However, that is a formidable Aussie squad we’re up against. Not keen on Peter Siddle being in the A-Squad as Essex needs him to help win our County Championship. He’s top man with 34 wickets so far this season.

Argument was Vince is a test match no 3 and not an ODI opener and he’s technically better than Jason Roy in that role. Question is does he have the temprament. Anyway Joe Root must have felt he didn’t. He’s superb whenever I’ve seen him play for Hampshire, but this is a different level.

But is that the Ireland test or the Ashes?
A side strain could take a month or so to heal.

“England’s World Cup glory has come at the cost of losing their two fastest bowlers, with Jofra Archer and Mark Wood both out of the start of the Ashes – but explosive white-ball opener Jason Roy is on the verge of a Test debut. Any plan England had to rock Australia with raw pace will have to wait until the second Test at the earliest with Archer and Wood both ruled out due to side strains sustained during the World Cup.”

Wood/Archer have been nursing those issues for weeks, but hopefully not too severe as they managed to play on.

Glad to see we have another Essex supporter here. The only way in which I remain loyal to the county of my birth.

I’m hoping they need a season to recover

I’m an Essex supporter in exile. Listened to T20 match tonight on the wireless and it was quite something. Match was reduced to 15 overs. Essex hit 224 for 4 off their 15 and won by 52 runs. For Surrey England all rounder Sam Curran conceded 28 off 2 overs and England ODI man Tom Curran 63 off 3 overs. Aaron Finch hit 40 off 19 balls, but that sounded tame compared with Essex men Dan Lawrence 57 off 22 and Cameron Delpont 129 off 49 (their 100 partnership was off 32 balls). Assuming Essex had maintained the rate and batted the full 20 overs they’d have got over 300.

If Sam Curran bowls in the Ashes I hope he can be a bit more economical. In fairness he did get Vernon Chopra out. Sam was also out for a golden duck.

Should one of our batsman get injured Dan Lawrence would be worth a call up, he’s been performing really well in red ball (county championship).

Credit to Adam Zampa who amongst the carnage bowled a wicket maiden. Essex has done well to secure his services.

We will lose the Ashes.

It’s alright beating the Aussies in those 50 over knock-abouts, but when it comes to Test matches, the Aussies seem to find a way to make the ball swing and seam more…

Not so sure. Last few tours it is English players who have played better in English conditions and with the Dukes ball.

… Maybe we are OK, probably a Kookaburra. 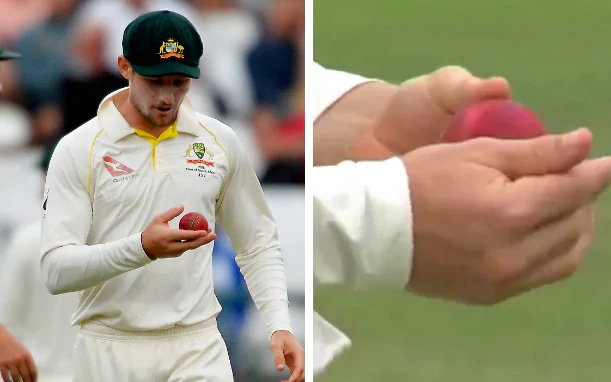