With you on this one HH.

He is so obviously out of touch with reality to think that interview passed the reasonable person test, that it is laughable.

Ah, I see. I was hoping you weren’t using a historical term for a person with an intellectual disability as a slur against someone who’s actions you thought were foolish, or a more generalisation against the royal family because of your own political bias. I’m sure you could use a more articulate description without resorting to slurs against those with disability.

I have no politic views about the royal family, they do a good job as a USP for GB Ltd. Maybe too many on the list, & I do see & agree most of both sides of the arguments for and against,
But that interview summed up just how out of touch they can be, either he himself hasn’t a clue or he was badly advised and was not prepared.
I suspect he said a lot less about what he knows than we can guess, or do guess.
In hindsight maybe better to have said nothing.

I never bother with anything from the BBC.

I suspect that we are no more in touch with his reality than he is with ours. Not defending him but just sayin’…

Agreed, but balance that off against the interviews conducted with Charles in the recent documentary about the Duchy.

Whilst I too have little time for some of the Royals and their associated hangers on, none of them asked to be thrust into the sort of spotlight scrutiny we ordinary folk cannot begin to comprehend. I dare say there are a few members of this forum who have done things in the past they wouldn’t want raked up! Should investigative journalism or a criminal investigation reveal wrongdoing on Andrew’s part, then let him be prosecuted by all means.

We wouldn’t want this thread going the way of The POTUS one, now would we?!

I see the lady’s age gets bounced around a lot. Surely at 17 she was old enough. Saying that, I’m still not sure if these incidents happened in the US or UK.
What’s the age of consent in the US?

Edit.
It seems the age of consent in New York is 17 so her age is irrelevant.

I wonder how many of us have done this type of interview. It will have been a long interview, cut and dissected for impact to spin a desired position. How many of us would put themselves in such a position to be scrutinised over every detail of their lives, warts and all?

There is a clear lack of judgement on his part, both in taking part in the first place, not having the sense to apologise unreservedly, and then thinking that the interview had gone well. I understand that he was sufficiently pleased to give the Newsnight team a tour round Buck House, which we also pay for at great expense.

While I would rather not have a royal family I can see the case for a very small one, rather like the model used in Scandinavia. These useless hangers on, flying around the globe, meeting inappropriate people and bleating about how tough their lives are and how they want to make a difference are just a waste of space.

How anyone can defend someone like Andrew is beyond me. Charles and Diana seemed nice when I met them once, but look at how he treated her.

Mike, I’d never use it in an offensive way. As you rightly point out, it was historically used as a term to describe people with learning disabilities and to use it in that way would be unpardonable. But in modern usage idiot simply means someone stupid or foolish, so seems a perfect choice in this case. I’ve worked with plenty of people with learning disabilities over the years and have a good understanding of the issues and challenges.

Mike, I’d never use it in an offensive way.

That’s good to know Nigel. But I think we should be careful in our judgement of others (though I know bashing the royal family is a national pastime in the UK). I know I wouldn’t want to be held now to some of my indiscretions from my younger days. I also know how difficult something like this BBC thing is to do well, having been there with 60 minutes. Best to keep our own homes in order I think.

Whilst not party political the pros and cons of the Monarchy can hardly be said to be apolitical. On that basis and given recent precedents I’m not sure this thread is within current forum rules??

I think Richard will cut us some slack to discuss something that is not in itself political and is of true public interest, providing we show that we can discuss it without slagging each other off and if we can do so without risking bringing Naim’s brand into disrepute. It’s up to us to keep him feeling comfortable…

I agree that the pros/cons of having a monarchy does seem irrelevant to the issue itself.

As an aside the title of this thread takes me back to being 18 again. A group of us would frequent a country pub called the Duke of Cambridge aka ‘The Duke’. Many a happy evening was spent quaffing Gales HSB and listening to ‘Black Dog’ and ‘Rock and Roll’ on the juke box. Happy Days… 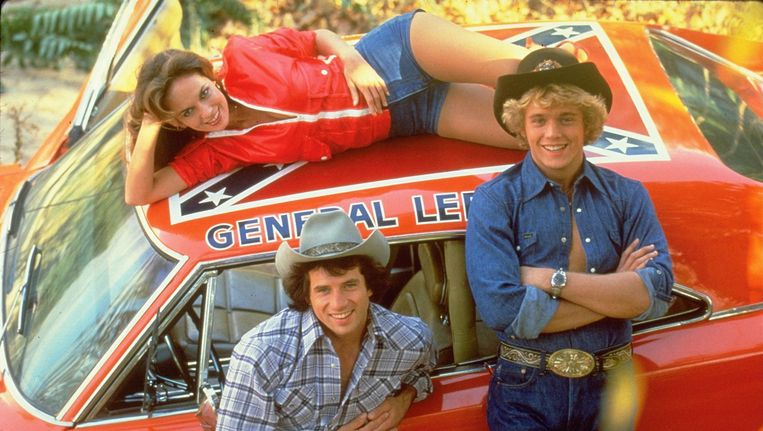 Indeed. However I’m afraid it will be pulled from this forum since it is obviously political and racist these days (according to some).

He could not even prepare for the interview properly… it would be sad if it wasn’t outrageous.

I thought she was called Catherine/Daisy