Good luck with it , there aren’t really any bad cameras these days so all should be well

I have pretty well stopped using my Nikon D750. I either use my iPhone or if I’m trying to catch things further away, I have a Panasonic LUMIX DMC FZ200 with a Leica lens. It claims to be F2.8 25-600mm. It weighs little and is excellent.

I reckon Nikon had my d750 more than i did. Or at least it felt like that. 4 shutters in total, but to be fair to Nikon, all at their cost not mine.

I reckon Nikon had my d750 more than i did. Or at least it felt like that. 4 shutters in total

Yep. Superb IQ when working… My first one failed, the second had shutter issues after a few weeks.

Off to Fuji I went.

The fourth was after i sent to to mpb the first time. They rejected it due to a " sticky" shutter, but advised me Nikon were still fixing them for free. So back to Nikon, back to me and off to MPB. Whoever bought it got a d750 with zero counts on the shutter.

Its still truly awful, that a recent camera like this, from Nikon, has gone through 4 shutters.

If my D700 had not failed on me, I would still have it - and more Nikon full frame (FF) glass.

It is all about cost. Manufacturer’s are only about profit for their share holders. The dumbing down of consumers too is to blame especially those who follow others like sheep and have to have the latest new thing - look at Apple for instance.

I came to that view having carried some substantive camera gear on safari and to air shows, I tried out a Canon 4000 , the smallest, lightest and cheapest .

Having read this post /thread I decided to see about a Canon R10 .

Well today , I went out and did some test photos.

And here they are 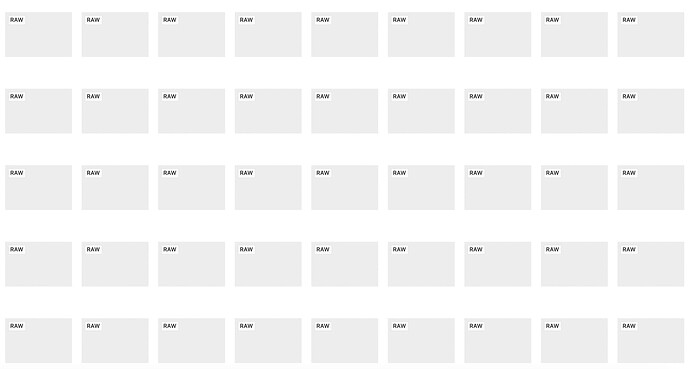 Changed the settings to Raw + J peg, this time didn’t[t even show the camera when I attached it.

On line to Jessops

Changed the settings to Raw + J peg, this time didn’t[t even show the camera when I attached it.

Not sure what you mean by that? What did you attach it to that didn’t show the camera? I always shoot in RAW + JPG. I normally transfer the SD card to a computer to upload inmages, though I have also transferred to an iPad by direct wifi link.

My version of Lightroom doesn’t recognise the R’s RAW format, and I have done nothing yet to update it

Personally… I think it much more likely to be a software problem (not being update to recognise the R10), with the device the camera is connected to. Try shooting just jpgs.

Do let us know…? Useful information, this is…

Like Simon I perceive a huge difference between a “proper” camera and phone or compact camera. I recently have started an effort of picking this more seriously up as an additional hobby. I got the Canon R5 and some magnificent glass,……., the carrying is indeed a thing. But a well made and edited picture is still a piece of art….

I belief the technology in mirrorless is now far ahead of the DSLR technology, so it’s good to move on. While perhaps a topic for people who invested a lot of money in DSLR’s and connected glass.

I perceive a huge difference between a “proper” camera and phone or compact camera.

IMO (YMMV…), it is the degree of control that you (can) get with a DSLR (or similar), compared with a phone (or similar). Being able (if you wish), to decide on every aspect of the picture - rather than being forced to use what ever has been decided for you.

(‘If you wish’ - Uou have to make the choice. A DSLR on its default settings , is probably no much different to a phone…

I tried it on my iPad as well , it wouldn’t register .

So my suspicion is that camera , I may have a card reader - so will try that