A few have posted recently lamenting the death of the golden age of hi-fi.

My view is that the golden age is far from over and in fact is only just beginning.

More people listen to music now than in the past and significantly more young people listen to music than older people. Many of this younger group listen through (relatively) high quality ear plugs and headphones. As this group grows older and settles into more stable living arrangements, their interest will move to listening through loudspeakers. Initially this is through smaller systems (atom he anyone?) but there will still be a place for full separate based systems.

An interesting opportunity for Naim to address, I suspect, is that the largest proportion of music is heard via YouTube.

Couldn’t agree more. We went through a phase in the 90s where quality was sacrificed for convenience. I rode that train, a tiny MP3 player and ear buds whilst working out or on travelling, great!

Now most people can have both quality and convenience with relatively inexpensive equipment.

It makes me giggle when I see people moaning about tiny amounts of background noise in systems, try a late 80s tape deck, that’s background hiss!

More people listen to music now than in the past

On what evidence do you say more people listen to music than in the past? When I was a teenager everyone I knew listened to music. Portable music players weren’t as good as today, pocket radios with crude earplugs compared to now, but they listened. I think that by mid teens all of my friends had record playing capability at home, whether parents’ stereo radiograms, ‘Dansette’ style record players, or their own ‘stereo systems’ (in which I led the may making my own at a level good enough to call ‘hifi’). Through young adult life everyone I knew had some form of record playing system at home, and playing music almost invariably featured in meeting up with friends, either in one another’s homes, or going to gigs, or drinking in music pubs. Older people seemed to listen to music less, but then I didn’t really associate with many older generation people other than immediate family, and certainly my Parents often had music playing.

The difference I see is that young people now seem less interested in getting a real hifi system - but perhaps because compared to 40-50 years ago their portable music players are better than ours were (though earbuds I think still fall far short of hifi quality - at least based on the things the young adults I know usually use, which most commonly are Apple bluetooth products, or similar other brand.

However, the above comments are based on my own experience and observation, and scarcely a wide study.

Stole this from Wikipedia, which says it’s citing RIAA data:

From what I see, social media has stolen Music from the young generation. Neurological reward systems revolve around likes and comments rather that socialisation and music. When I was at school in the UK music was huge and was even a part of your identity.

Wow. I guess yellow is mostly streaming. Amazed that vinyl and CD are basically trivial in comparison! I probably shouldn’t be, but still stark to see it! Ta for digging that plot out.

Oh wait, I was trigger happy, just realised they are all trailing off now, and yellow likely isn’t streaming 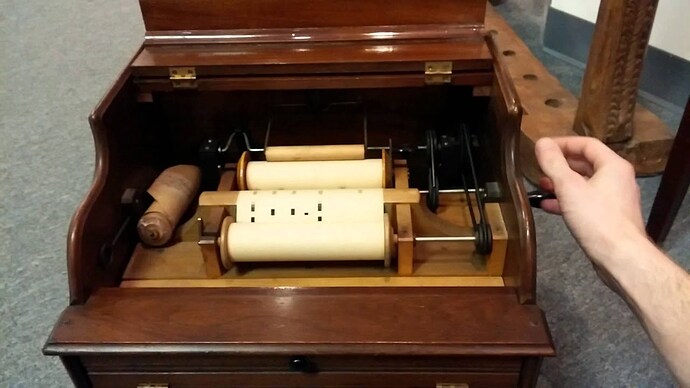 Is this purchases? The rise of streaming would account for the diminished sales.

Right. It’s not necessarily about the quality of the recording or amount of sales of medium, but how music is communicated as a socialising tool between people and communities.

When I first moved to Norway from the UK, I was surprised and a little disappointed that music was not at the heart, or a big part of entertaining when guests were visiting. But that’s ok, cultural differences dictate.

Depends on what you define as HiFi

Young people are much less invested in music as part of their identity these days. Music now competes with other activities eg gaming and social media, on-demand video services etc

Do we measure a golden age by who listens and how or do we recognise that increasingly it is near impossible to buy poor equipment and that the only poor systems are really poorly matched or researched.

I hope this chart is not accurate!

Streaming appears to be missing, which makes me doubt the graph’s accuracy. As the graph stands, music in the home is simply dying out.

Record sales or music sales are activities related to selling music recordings (albums, singles, or music videos) through record shops or online music store. Record sales reached the peak in 1999, when 600 million people spent an average of $64 in buying records, bringing a total of $40 billion sales of recorded music. Sales continued declining in the 21st century. The collapse of record sales also made artists rely on touring for most of their income. By 2019, record sale According to Guinness W...

By 2019, record sales had accounted for less than half of global recorded music revenue, overtaken by streaming

More people listen to music now than in the past

On what evidence do you say more people listen to music than in the past?

I meant to qualify that to say music of their choice, ie music they selected to listen to (rather than whatever the radio was playing). The ability to play music of your own choice on any form of equipment let alone hi-fi was a very expensive pastime until it became available online.

But even for broadcast music, people listen to more than they did because it is more available than it was. Until the 80s you couldn’t listen to music personally, for example (whereas most people these days have ear buds or headphones on the train, walking, etc), music is broadcast in more locations and on more occasions.

I’m not so sure. Tiktok for example has seen the rise of artists whose music was picked up through a video posted personally. It is far easier to record something and get it online than ever it was. Whether you can monetise that is another topic, but there is no question that more artists can get their music heard by people than ever before.

Many artists have lamented the changing trends in consumption purely on an artistic level. Before, they planned for a album and how to assemble that with tracks that flow and create texture.

I’ve read so many artist interviews where they said that approach is dead. To make money you have craft songs around the short attention spans and commuter noise. That means a hook must come in 25 seconds or less and dynamic texture (slow quieter bits) are out. And they are always thinking about the Apple and Amazon algorithms (they only work when they can easily identify a style - so driving off road with composition is a studio no no). It’s one reason why when you feel that music all sounds the same lately it really is. Not just showing your age.

I’ve wondered about this. Probably half of the music I listen to is by local artists and is released under the traditional album approach. I’ve no real experience of the model you describe although I am sure you are correct.

What I wonder though, is if the total number of artists these days releasing traditional albums is indeed less than it was. My guess is that there is overall more released content from more artists than was the case. I see more solo albums, direct interaction with fans (Twitter etc), even direct financial support from fans to create albums.

That said, how different is what you describe from the past? In the past, singles were critical to getting airplay on the radio and they were short and required a quick hook to catch the listener’s and DJ’s) attention.

The good news is that it seems this is not true. Young people remain the most engaged group: