The Naim and Harbeth thread

I just upgraded from a Naim Uniti Nova to a new Supernait 2 integrated amplifier and NDX 2 network player. I use Harbeth Super HL5 plus 40th Anniversary edition speakers with this new setup. To my ear this is an extraordinary combination that matches really well. The timing, vocals and sheer rhythm of it is quite beautiful together. I play folk, rock, pop, electronic, 80s to 60s classics, soul, celtic, indie - all sorts. 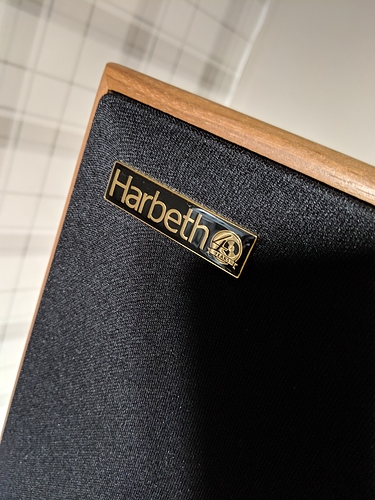 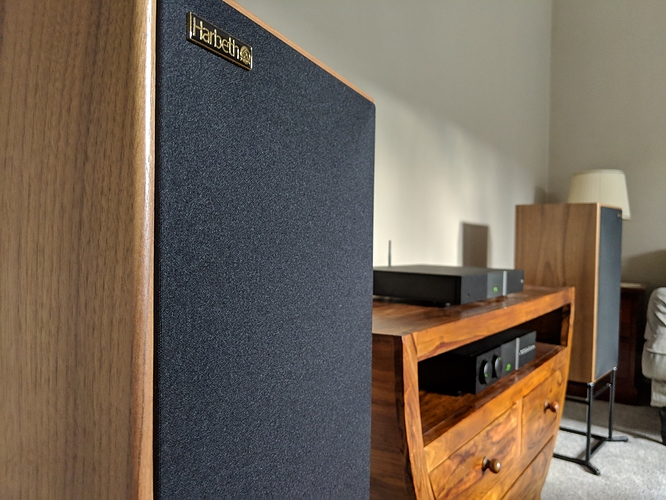 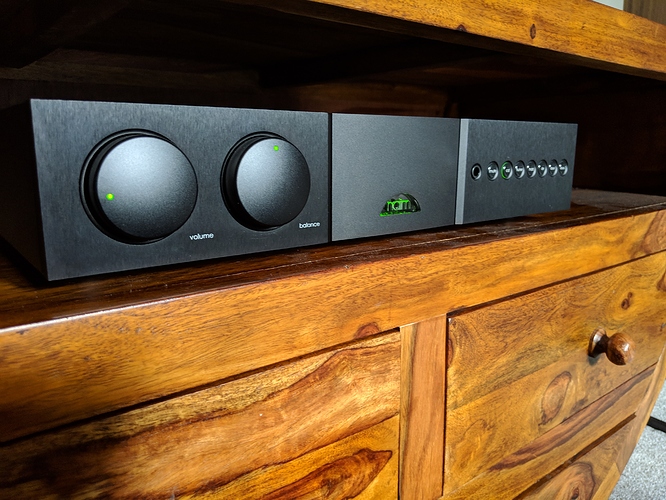 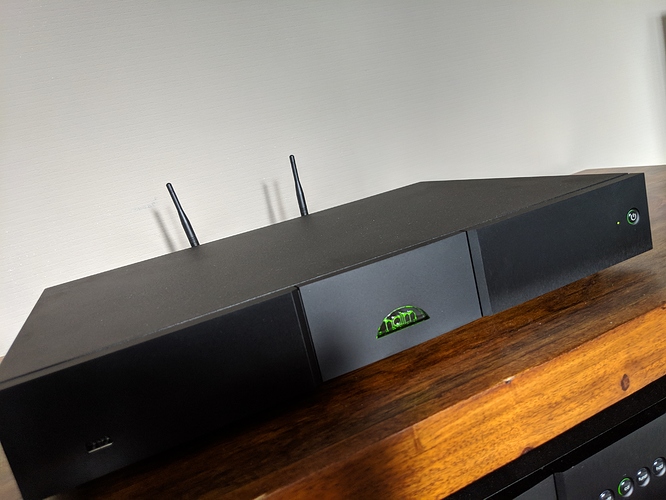 p.s. currently running the excellent ND XS 2 as a temporary loan replacement for my broken NDX 2.

I’ve been downsizing my audio system. I went from Raidho XT-2’s to Harbeth 30.2 Anniversaries, replaced my Aavik U-300 Integrated Amp with an LFD amp and DAC. Then I had the chance to swap an Ansuz power cord for a Naim Nova. I’ll get that tomorrow. I know the Nova won’t match the LFD kit but I’m hoping that the SQ of the Nova will be good enough so that I can take advantage of it’s convenience and reduced box and cable count of the Nova.
So it appears that going to the Nova might result in disappointment. I suppose I can’t expect so much from an all-in-one device.
I would like an honest opinion of the Nova. I will be using Naim Super Lumina speaker cable with it. The music I prefer is the kind of music the Harbeth’s are good with.
Bud

In my room , the Nova couldn’t seem to wake up the SHL5+ : Acoustic music sounded typically beautiful, but many things with pronounced vocals sounded like there was a veil over the vocalist’s mouth and far as rock was concerned, anything busy with a lot going on sounded muddled and flat.

The 30.2s were spectacular with really well recorded vocal oriented stuff (folk , jazz, blues), could really stand the hairs on your arm up stuff, but when it came to having a bit of punch, on my Nova, they couldn’t do it. Which was why I changed to up to the SHL5+ - bigger box.

But where the 30.2 could catch me breathless from time to time and gob smack me with moments of brilliance, the SHL5+ played it much safer. l was pulling out my hair with it a bit. I was ready to trade out the Harbeths all together, concluding unless I was going to be into Jazz or choir music, it wasn’t going to work.

So I took my Nova and Harbeths back to the dealer, where we set up an A\B incremental testing session, swapping stuff in and out to figure it out (Hi-FI Corner in Edinburgh have been fantastic!) and I ended up with the following changes:

Now the Harbeths have woken up! Depth, no vail, rhythm, toe tapping, and hair on arm raising. So happy now!

Downsized from a rack full of seperates to an Atom and P3ESR’s.
One of the best moves I have ever made.
Suits room much better, sounds great and is much more SWMBO friendly.
Win win all the way.

I auditioned the SN2 with the Monitor 30.1. The sound quality was very nice. It was very detailed, while having a nice warmth to it. I do believe Naim and Harbeth match well together.

How are Harbeth Monitor 30.1 speakers compared to the Sonus Faber Venere 2 ones?

I had the Super H+ on home demo with my Nova recently, have to say I was disappointed. I thought they were somewhat dull and slow compared to my Spendor A7’s

Apparently, Nova is not a good match for the Harbeth, but the SN2 (or LFD) is.

The Harbeths are better. They have better timbres and tone. They both are non fatiguing and are easy to listen to.

It arrived broken from Naim unfortunately. The system wouldn’t start-up and just flashed an error code on the power light. Hi-Fi Corner (my dealer) has been in liaison with them and has ordered a replacement unit for me. The dealer thinks it could have been because the unit was turned on prematurely at the shop after taking it out of their warehouse without letting it environmentally stabilise from very cold temps in the warehouse to the demo room temp.

I’m sorry to hear that. I’m confident that your dealer will have this sorted out … have fun with the NDX2 and the SuperNait2, it’s aterrific combo!

Yes, hopefully will be sorted soon.

I’ve been using 30.1 speakers for around 6 months now and love them. They seem to have the balance right between musicality and accuracy/transparency. Deep bass is not as accurate as my former speakers, ATC SCM40, but they compare well, if not better, in all other aspects.

I’ve been a happy Harbeth owner for nearly 40 years now - I started with Harbeth HL Mk IIIs in 1980. The system was Rega Planar 2 / RB300 / Nagaoka MP50 / A&R Cambridge A60. I’ve had other speaker makes, but I always end up returning to Harbeths. To my ears nothing comes close for acoustic instruments and voices (I listen to all kinds of music, but mostly to classical and jazz).

I currently run Harbeth Super HL 5+s in a 552 / 300 DR setup. Sources are CDS3 and LP12/Akurate Radikal/Kore/Akito 2b/Kiseki PurpleHeart/Urika. That’s clearly not enough to use the SHL 5’s full potential, so I may be getting a used 500 or 500 DR some day…

I upgraded to a Nova with Totem Forest Signatures last year and it’s a lovely match. I have wondered how much more a NDX2/SN2 would give, so following this thread with interest. I think it goes to show how much system matching comes into play. I’ve ruled out a full rack, 1 or 2 boxes for me.

I heard the SN2/NDX2 with Kanta 3 and power supplies at the Eastern Audio Show last year. Sounded very good and compared well with far more exotic offerings on show.
I’m very happy with my Nova/DS40 setup especially when I compare £20,000 to £7,000. The reason I did the sums was because I was very impressed with the NDX2. I might well demo the SN2/NDX2 with the DS40s.

So my Harbeth experience has been the SHL5+ partnered with NAC 82/ olive SUPERCAP, NAP 300. Stands were ‘Something Solid XF. This was a very musical system. I adored the power and authority of the bass. Perhaps in hindsight it was a touch overblown in my small bedroom. However, I was simply blown away as this was my first truly high end system. I loved the 5s tone however I did notice that the driver integration was not perfect. This was somewhat mitigated by putting the grilles on. I later sold this setup for personal reasons, which I later regretted.

Having had such a blast with my last setup I started my next system with a gorgeous pair of ebony Harbeth 30.1s. I put them on custom designs stands this time. I thought the thicker metal frame would provide more solidity but I later discovered the metal was hollow inside, which I didn’t like. I went onto filling the stands with acoustic foam.

The 30.1s were partnered to a NAC 252, SUPERCAP and the power amp was initially a 250.2 and later a 250DR. What I remember very well of this setup was the smoothness of the treble and clarity of the vocals. There was more detail and speed than the shl5+ but it had a slightly smaller scale of sound and obviously bass response was not as well extended. Albeit more controlled for sure. Initially this was a big problem for me. Not so much the smaller scale of sound, but the bass response definitely lost a few octaves. I worked tirelessly trying to work around this with speaker placement, a subwoofer (did not integrate well at all) and eventually removing the speaker grilles. Then all of a sudden it actually felt like one day everything bed in just right. Perhaps the speakers had worn in, perhaps the amplifier, or maybe I got the speaker placement bang on. Either way I was very happy, as I now had the speed and clarity along with a satisfying amount of bass response. The 250DR is really what brought this setup to life. Adding the sparke of a sweet treble, definition in the bass and what I can only describe as more emotional content of the music. There was a moodiness to the music which was scintillating. I was convinced this was my final setup…

Once again, I was a complete muppet and sold everything except for the rack and source components.

Now with a clean slate, I considered moving to other brands, but truth be told nothing else appealed to me. I decided that I would continue with Naim as I don’t want to make an expensive mistake out of curiousity.

Now, after a brief stint with the Naim SL2s, I’ve arrived at anniversary 30.2s. NAC 552 DR and NAP 135s. This setup is just sublime. Once again, I’ve done a few bits of tweaking. This time, I much prefer the grilles on the speakers. The low end has cleaned up and the 135s with AMR fuses in the plugs and SNAICS left loose, give me the authority and speed in the bass that I adore. The 30.2s offer more detail than what I remember from the 1s and just sound sublime in every way that is important to me. They sound Live, emotional, energetic without a hint of harshness. Bass is exemplary for their size and the fit and finish has me smitten.

I could happily live with the monitor 30.1s or the SHL5+s. Both had enough to offer even when compared to the 30.2s.

If I may ask, what made you leave the SL2 behind?

I couldn’t accommodate them. I have suspended wooden flooring and my hard wall didn’t have enough room to spread them at least 2.5 metres apart. SL2s have to be installed as they were intended.