The Naim DIN4-2xRCA Phono sub lead came in 5m and 10m lengths and had a 100R resistor fitted as standard.

Ok thanks for the clarification. Appreciated

Unfortunately with sub bass frequencies you can’t rely on that - it will really depend on your listening room and system.

Here is a rather good phase setup guide I found online - and the author reminds us that subs on a hifi (music replay) setup is about the finding best overall compromise with the use of the sub in the listening room. (because the phase response varies with frequency) 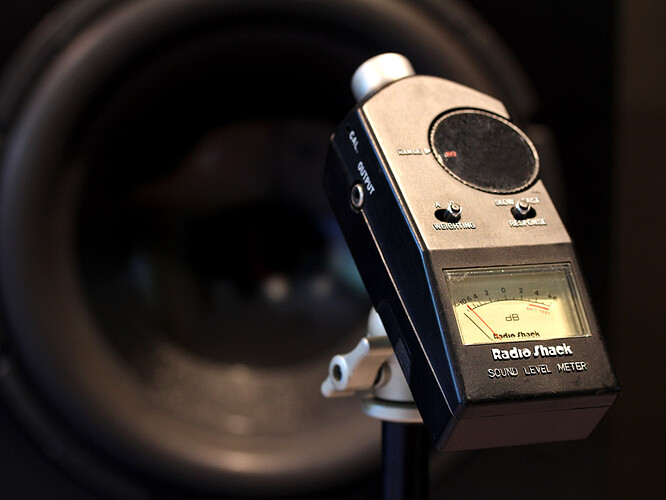 The "Bass Management Boot Camp" article about subwoofer setup that I wrote for the November S+V inspired an in-turn inspiring e-mail from reader Bruce Erwin. Bruce recalled his days setting up sound systems when he'd use a 1.5-volt battery to test...

Is the Naim sub lead still sold, or special order only @Richard.Dane ?

My Google searches (I’m not that great at finding specifics) haven’t turned up anything.

I’m still toying with the idea of trying a small sub with 252/300 DR, but the connection and settings give me pause…

I don’t know Stevie. Probably a question for your Naim dealer or Naim themselves.

I’ll get off my backside and do some work

I’m still toying with the idea of trying a small sub with 252/300 DR, but the connection and settings give me pause…

I use a single sub off socket 3 of the SC with a 252 and the set up has been pretty easy using a low cross over and gain.

I had one my dealer had made up when I was running an output from my Uniti2 to a headphone amp, but it was a bit short for the sub, so a mate of mine worked one up for me. I’ve had cables made up by Sensibility in Canada who do Naim stuff, but I’m sure you’d have people more local.

Something is better than nothing however and sorry to say that only having the options of 0 or 180 degrees is rudimentary. It’s better to have the ability to vary and adjust phase without any steps over a wide range and to work in tandem with polarity at both 0 degrees and 180 degrees.

Some critical aspects have to precede and be optimised prior to phase adjustment. Once these are in place then it’s best to measure rather than just relying on hearing. With the data in hand the phase can then also be optimised accordingly.

I think this is overlooking the fact that the phase switch is no more than a polarity switch. When in phase the cones of the main speakers and those of the sub move in the same direction so if they face in the same direction sound is reinforced. If the speakers face toward the sub then without phase adjustment the cones move toward each other and the sound waves tend to cancel each other out.
Rel only have 0-180 switch.
A variable phase allows the user to vary the amount the speakers and sub work together (louder) or against each other (quieter) which can help with all those other positions that the sub may be placed.
For stereo I feel that placing sub close to the main speakers is essential for time alignment.

As I’ve said before and with all things being equal in comparison to movies music is a walk in the park. Every aspect of a system has to be at it’s optimum to effectively reproduce and convey the delicacy and the instant and sustained downright vigour of movie soundtracks. From the lowest to the highest frequency there is simply no place to hide. After all and for eg. I am pretty sure that no one would want to hear gunshots in a movie like The Purge sounding meh or blah.

Agreed on difficulty of getting sound right in av. and yes for gunshots fireworks etc realism is hard to achieve but I have found my present av setup comes pretty close using naim amplification across LR AND CENTRE channels from an arcam 550. (Sn3 and naps 145 doing the honours at 80 watts apiece:)

Crap I think i just earned my fanboy badge

Yeah indeed movie sound tracks in the home are a relative walk in the park compared to two quality track stereo hifi - especially when you are using a process matrix such as using a Dolby sub channel. Movie sounds tracks tend to be more sculptured and relatively exaggerated compared to two track - after all they are typically supporting or augmenting the screen play - as opposed to leading the performance. In home films of course much home theatre is quite heavily compressed and lossy as well - and if you use using certain mastering tools you can actually hear the information being thrown away - and aim to compensate,

I guess this is one reason why subs are comparatively rare in two track music hifi compared to home theatre where they are relatively common, where it can be frequently be about gunshots, explosions, and tension building FX etc - which are relatively easy due to the prevalence of relatively high frequency content, you can have quite a large gap then sub bass reinforcement - and it should sound convincing.

Actually as my previous post and our previous discussion I’ve said it’s the opposite and which I still maintain btw.

Ah sorry, missed that. ok we clearly disagree on that then

Not sure I agree with @Musicraft or @Simon-in-Suffolk here as the comparison isn’t apple to apples. The intent of stereo is the opposite to surround.

Stereo has a goal of placing a performance in your room. With that in mind having a integration of room and and speakers (including the possibility of a sub) is critical to having that “in the room” illusion.

Surround has the opposite goal entirely. The aim is to, as much as possible, mask the room and put you where the action is.

How speakers should integrate with a room and a sub should deliver it’s low frequency track is therefore entirely different to a degree I’m not sure a meaningful comparison is time well spent. For the same reason, I don’t believe in mixing stereo systems with AV systems. A stereo system set up and EQed like an AV system with as much of the room interaction compensated for as posible sounds awful (I know, I’ve done it). It’s like being an ant trapped in a giant pair of headphones. Some room interaction and imperfection are exactly what create the in your room sonic illusion. Too much interaction can also ruin it. Similarly an AV sound system taking nothing of the room into account isn’t capable of transporting the viewer to far away places. This as true for sub bass frequencies as it is for anything else. They both present sizeable challanges albeit totally different ones.

I have found av and stereo can coexist without compromise.

Two channel nd5 xs2 into sn3 into focal utopia standmounts is set up purely for audio - lots of room around the speakers and sounds great.

Av arcam 550 uses external Naim napv for the centre channel into a focal centre speaker with Electra with berillium tweeter. Left and right channels taken out of the arcam into the sn3 using AB bypass. Sourounds are powered by the arcam and lfe out of the arcam to a REL sub. Two autonomous systems. Both optimised.
Room is neither bright nor damped.

I should add that for years I had dropped 5.1 in favour of just using tv optical out into a sn1. This always was more pleasing than the 5.1 for films and music.

My family wanted more boom so in came the arcam 550. Then my Naim dealer mentioned a customer having good AV results using av line outs into a Naim amp for L&R and having experimented with a unitilite I was so impressed that I embarked on the present system.