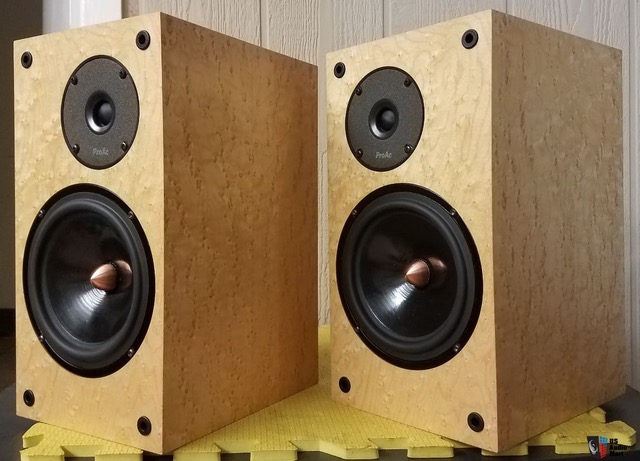 It took only three and a half weeks to realize that the ProAc Tabellette 2000 Signature will never do and had to go back to the store to be replaced by much more refined floor standers of the same make. 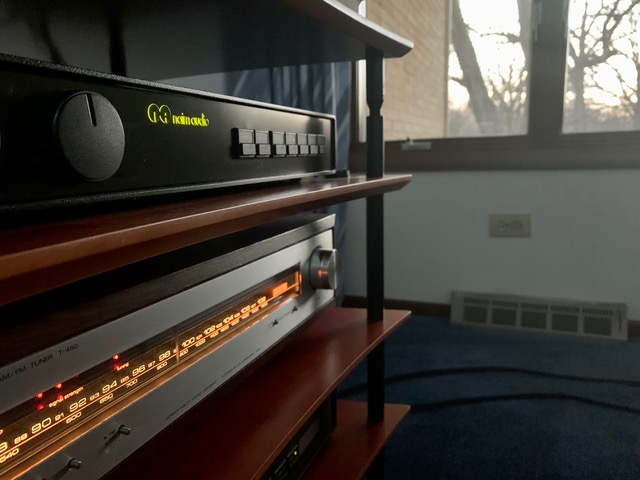 The Luxman T-450 tuner is a happy camper in our house working flawlessly for the last 42 years.

Good thread, I won’t get involved as I’ve only been alive 5 minutes!

Second-longest was a pair of TDL speakers, sort of. It was a smaller (still large) variant of the TDL Small Monitor Compact (which did not do its name justice) that the German TDL distributor sold as a kit. Built the transmission line cabinet myself. 22 years later my Rotel power amp had an output transistor failure that killed the bass chassis, so I bought new ones. Then turned out that the former, in the meantime retired, distributor still had two bass chassis left in the garage, so I resurrected and gifted them to a friend. Heard just recently that the foam seams of the mid drivers are now finally disintegrating, making it roughly 32 years as well that they did service. Here they are in the process of being replaced with the MAs, which I still have: 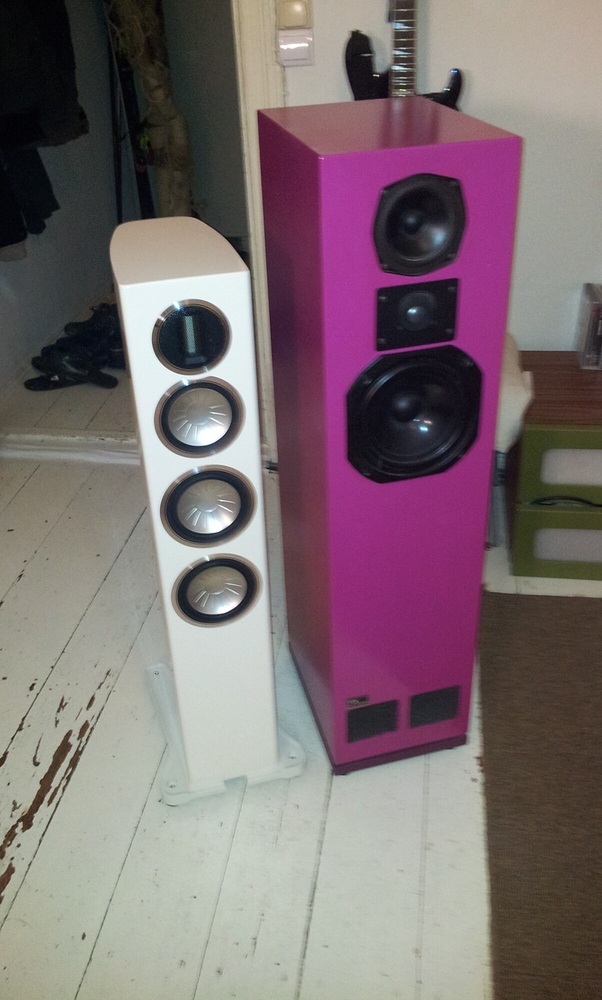 Shortest was a NAD C658 streamer/pre, purchased in Nov 2019, started to fail by February (some processor), went to service in May, never came back due to a Covid-related supply issue for the processor, which was what launched my Naim journey that lasted for the rest of the year and is now happily concluded.

Longest I think approx 35 years, Thorens TD150 turntable (though I changed the arm partway through, beefed up the plinth, and renewerd suspension). Second longest approx 26 years, IMF RSPM speakers (only changed because I had an inheritance that I decided to put into the system. The IMFs are still going strong in my brother-in-law’s house).

Shortest was Νaim XP5XS which I added to my ND5XS - moved on after 6 weeks (decision in 4) as it was very disappointing with such a marginal improvement for the money (led to adding a Chord Hugo DAC instead, giving major improvement).

Rogers LS3/5a’s, Cotter Preamp, Bryston 3B amp. 36 years. The Cotter power supply finally got noisy and I began to upgrade. 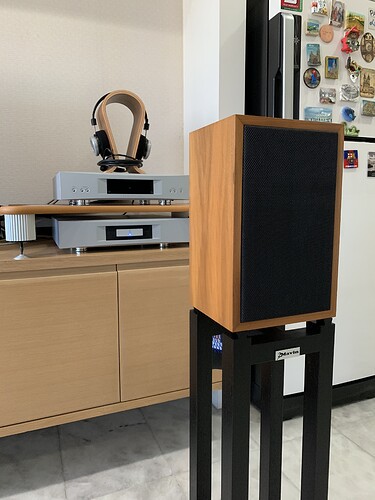 Longest: Linn Sondek LP12, bought to replace the Xerxes in October 1988. Still have it 32 years later; it’ll probably see me out.

Shortest: UnitiCute2 for 5 years and traded in against a NDX2 and SN2.

Longest; my first system of over 35 years, that I still have: A60, Rega Planar 3 and A&R speakers. Currently have the Rega on the SN2 and the speakers on a second hand Uniti2.

Hi Cory, I have had a Xerxes bought shortly after yours. But i had the Artemis T/ Arm, Shiraz cartridge and their very low height metal tubed Tripod Stand. Just wondering if you can let us know why this was a short term item. Excuse me, i have just noticed this was your first ever!! Hi- Fi purchase so you could have many good reasons for letting it go.

My longest owned component must be my LP12, purchased around 1982, though much of it has been replaced in that time.
Shortest, I am not sure.

Longest, easy one, Densen Beat B100, bought circa mid late 90s, just fitted a DP-05 phono stage to it in last 2 weeks, part of second system, amazing amp and service from Densen.

Shortest, Rega Elys on Planar 3 that was added to the second system, couldn’t get to an Exact quick enough. I’ve got an RP6 with Exact in Naim system and the difference for the price differential is incredible. Elys only lasted the time it took for delivery, about 1 week. Planar 3 now much closer to Rp6.

Outside of that most stuff has stuck around, probably Proac Studio 100s may have been relatively short lived when replaced by B&W 805ns, roughly two years I’d say.

I don’t think I ever got the best out of the ProAcs, think they started on the end of Linn amps, (LK1 and Lk100, lk1 later replaced by Wakonda pre) and they only ever sang on rare days. “Downgraded” to the Densen and then to the 805s. Best downgrade ever.

Had mine for a similar time - too much of that time boxed in the loft.

The longest was my Revox set with amplifier, CD player and tuner. I enjoyed it a lot for 19 years.
The shortest is I belief the NAP300. I bought it as upgrade from my NAP200 and then shortly after a pre-loved NAP500 came along…, only had it for a couple of months.

JVC J L A1 turntable bought in April 1976. Dug it out of the loft a couple of weeks ago to experiment with digitising vinyl. New belt and off it went. Not exactly high end hifi, but its not too bad for a 45 year old deck. 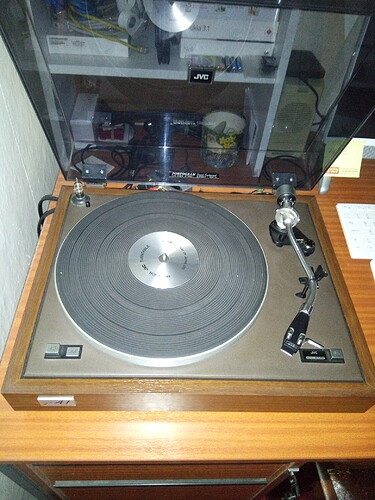 Common theme that turntables win the longest prize. I purchased a Systemdek IIX in about 1983 and it was only replaced in 2014, when it was displaced by an Orbe SE. I still have the IIX but not in use.
Shortest has to be a Denon AV amp, I was hovering between two models ended buying the cheapest. Half way home I realised that the one I had chosen didn’t have the pre-outs needed to integrate with my Naim system. So that was about 30 minutes! But not sure it really counts.

Thorens TD160S with SME IIIS arm purchased 42 years ago. The dustcover hasn’t weathered well but the deck itself looks great. Some rumble barely audible on the quietest tracks. Also, a pair of Castle Howard S2’s approximately 23 years old. Thinking of changing the speakers out but afraid I might miss them!

It is sitting in its box in the garage. It still worked before being boxed up. I can’t use it unless I substitute my NAC32-5 for my NAC52 and Tron phono stage, but I can’t bring myself to get rid of it

I still have and use a pair of Audiomaster Image 2 speakers, Robin Marshall design. Bought 1978, and they still sound fab.

Shortest was a pair of Marsden Hall Annexe floorstanders, big and impressive to look at, but not great, replaced with B & W DM2A after a few months, circa 1975.

Shortest: had an original Nait for 6 months before it was stolen

Second shortest: treated myself to an unserviced Nait 2 a few years ago. Within a year, my niece had it and a pair of Harbeth P3ESR on loan and I will probably never get them back. She loves them and uses them regularly. I am pleased that she gets so much pleasure from them.

Longest: NAD 3020B that replaced the stolen Nait. I have had the NAD for around 35 years. It was recapped a couple of years ago and is still going strong. I rotate it and various CB boxes and a Rega Brio-R with Spendor 3/5 speakers in a third system.