And the toilet facilities were pretty non-existent .

Peeing in a bottle is one thing , pooing in a barrel…

I would have expected just a hole the crew would pee or poo into with large bombers.

Anyway, I don’t know what’s worst - pooping into a barrel or diaper like astronauts do. Pretty gross in an air tight suit.

A Maximum Absorbency Garment (MAG) is an adult-sized diaper with extra absorption material that NASA astronauts wear during liftoff, landing, and extra-vehicular activity (EVA) to absorb urine and feces. It is worn by both male and female astronauts. Astronauts can urinate into the MAG, and usually wait to defecate when they return to the spacecraft. However, the MAG is rarely used for this purpose, since the astronauts use the facilities of the station before EVA and also time The MAG was devel...

And the toilet facilities were pretty non-existent .

Peeing in a bottle is one thing , pooing in a barrel…

From take off to landing, at times for as long as 10 hours, the tail gunner was constantly rotating the turret, scanning the surrounding blackness, quarter by quarter, for the grey shadow that could instantly become an attacking enemy night fighter. The rear gunner stowed his parachute in the fuselage behind his turret. Any relaxation of vigilance could mean death for everyone on board. Even answering the call of nature or ‘being caught short’ could mean disaster for the crew. This was especially true for the rear gunner as his position was the prime target for attacking enemy night fighters. Even if he needed desperately to urinate or defacate, he couldn’t leave his post on an operation. The Halifax, was not equipped with a piss [or relief] tube only an ‘ Elsan ‘ chemical toilet a few feet forward from the rear gunner’s turret. 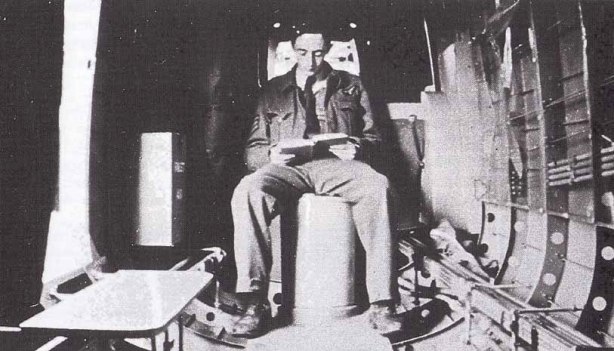 *It was exposed, unreliable, uncomfortable and dangerous in rough weather or if the skipper had to take sudden evasive action. At 10,000 feet and above, anyone using the Elsan had to use a portable oxygen bottle for breathing as well. The crew would have to have had bottomless steel bladders to be able to maintain the constant vigilance necessary for each raid and not use the Elsan or some other container brought onboard by a crew member. The Elsan was hated by the aircrews because they had to use it and the ground crew because they had to empty it. Located by the main crew door at the rear of the Lancaster, the “exclusive Elsan toilet was something to use only in the case of an emergency” and was certainly not a place to relax and have a “read”

One unknown airman describes his hatred of the Elsan.*

When we became straight and level again, I checked the crew for injuries. All seemed OK until I checked with Taffy, Idris Arndell, the wireless operator. On hearing him call “Blood, Blood!” I looked back through the navigator’s curtain to see Taffy wiping his face and head. Little did I know that it was our “ pee can ” that had tipped over him in the mêlée. It was not advisable to use the elsan toilet at sub-zero temperatures, so we had an empty A10 fruit, nicked from the mess, which we used. This was kept in the warmest spot in the aircraft to stop it freezing, just beside the wireless operator’s position. There was no chance of Taffy washing until we got back to the billet after debriefing and the intelligence report. He was not exactly “flavour of the month” and he was given as wide a berth as possible. The other crews also gave him some funny looks and passed some very unkind remarks about his incontinence!

Not for the faint hearted, one relative by marriage was a tail gunner and another flew Sterlings.

Then you might like this, a rather good yarn of the V Bomber years. Of course all of Derek Robinson’s aviation novels are very good, the best of the type imo and recommend them to anyone with even a passing interest. 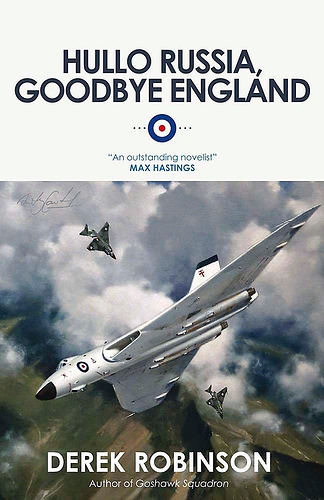 I know the Thunderbolt A10 aka Warthog isn’t vintage or retired yet (not without trying). But I love this slow arguably ugly aircraft. It can carry so much payload. It is resilient against the elements unlike some others that require pristine runways. It is able to absorb a lot of damage so survivability is superb. As a dedicated close air support plane, it is affectionately loved by ground troops. The 30mm gatling gun is as good visually as it sounds and feel in the cockpit. Now that’s 4D effect! A firing clip may be a great test track for the topic “House Shaking Bass”. 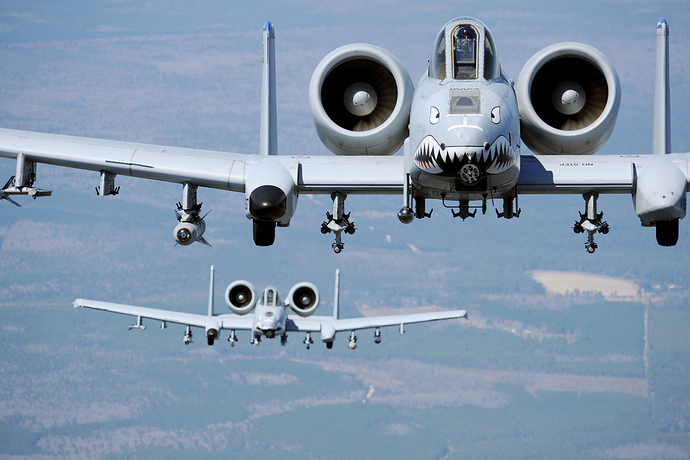 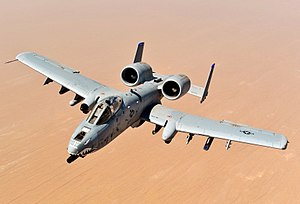 The Fairchild Republic A-10 Thunderbolt II is a single-seat, twin turbofan engine, straight wing jet aircraft developed by Fairchild-Republic for the United States Air Force (USAF). It is commonly referred to by the nicknames "Warthog" or "Hog", although the A-10's official name comes from the Republic P-47 Thunderbolt, a World War II fighter-bomber effective at attacking ground targets. The A-10 was designed for close air support (CAS) of friendly ground troops, attacking armored vehicles and...

The GAU 8 under test, and in use 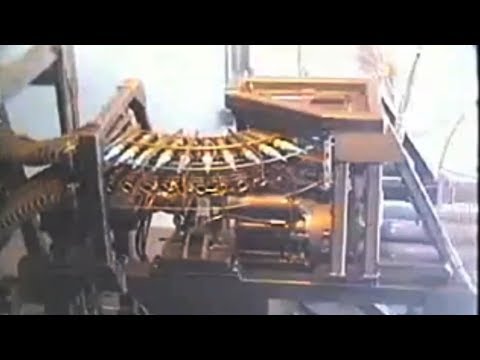 Off piste but worth watching (you’ve probably seen it), with the late Senator McCain reflecting the view of the troops - backed up by the list of comments.

Built like a tank, slow - great for ground support. If you were pinned down by Terry Taliban it’s what you wanted coming over the hill

The big question is whether it would be good against a peer nation with good SAM capability. That’s what did for the premature demise of the Harrier.

A little off topic, just saw documentary and read about Carroll Shelby, the founder of Shelby American racing car manufacturer.

Unlike modern “textbook” racing drivers, he had many adversaries through his life. He didn’t have the financial backing from his parents like some would. He had congenital heart disease and would have a pain killer under his tongue to get through some races. He lived through WWII and was a second lieutenant flying many different planes including B-29 the Superfortress.

He was a chicken farmer and all his chickens reportedly died in 2 days sending him bankrupt. It was after this he became a racing driver, winning many races, including 24 hrs Le Mans in 1959. Remarkable especially given how dangerous motor sport was at the time. With little safety measures, quite a few would die each season. He was badly injured requiring 8 months of operations and strapped his arm to the wheel to keep racing.

After racing Shelby, drawing from his reputation, persuasion and tenacity, he managed to start his racer building adventure using AC chassis and Ford engine and built the infamous AC Cobra 927, then the Shelby Daytona coupe; and then he was involved in the development of the Ford GT40 MkIV which won 24 hrs Le Mans in 67. 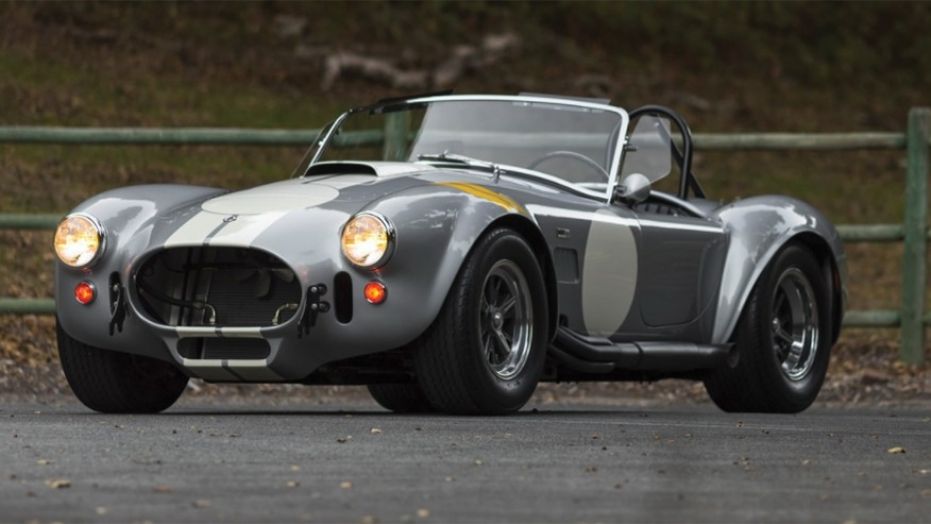 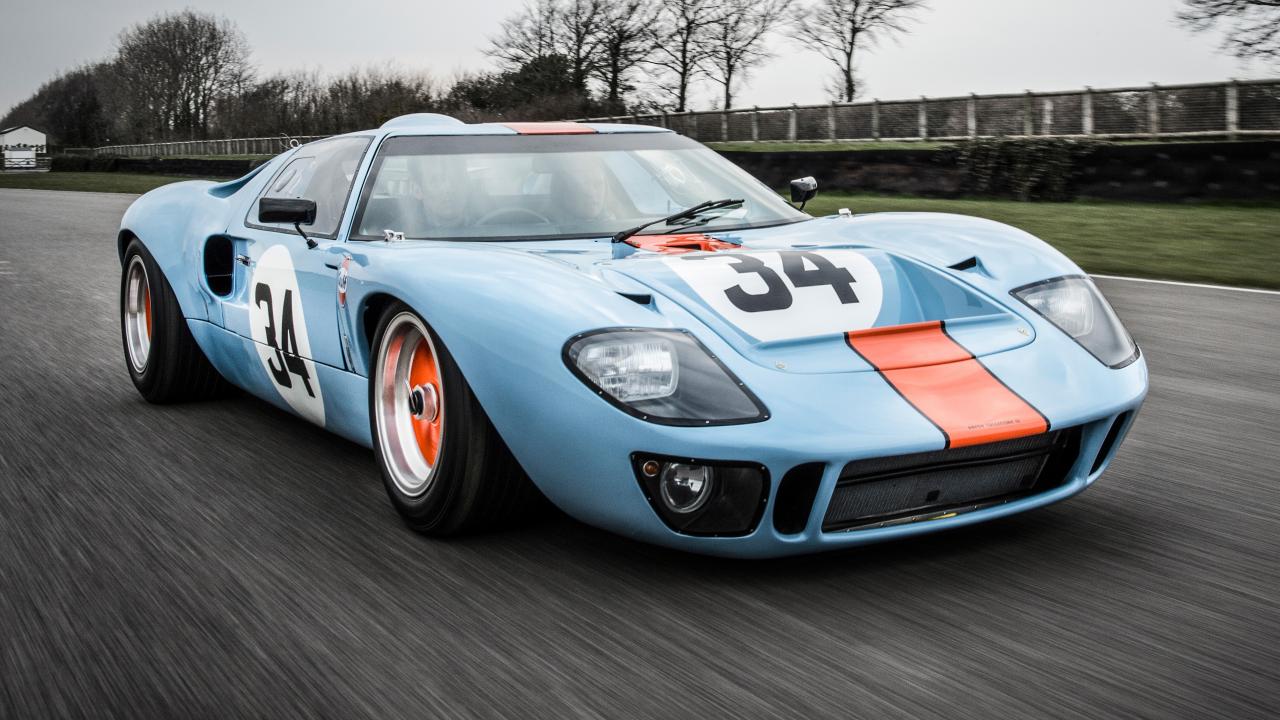 One of my shots from the Goodwood Members Meeting, 2016 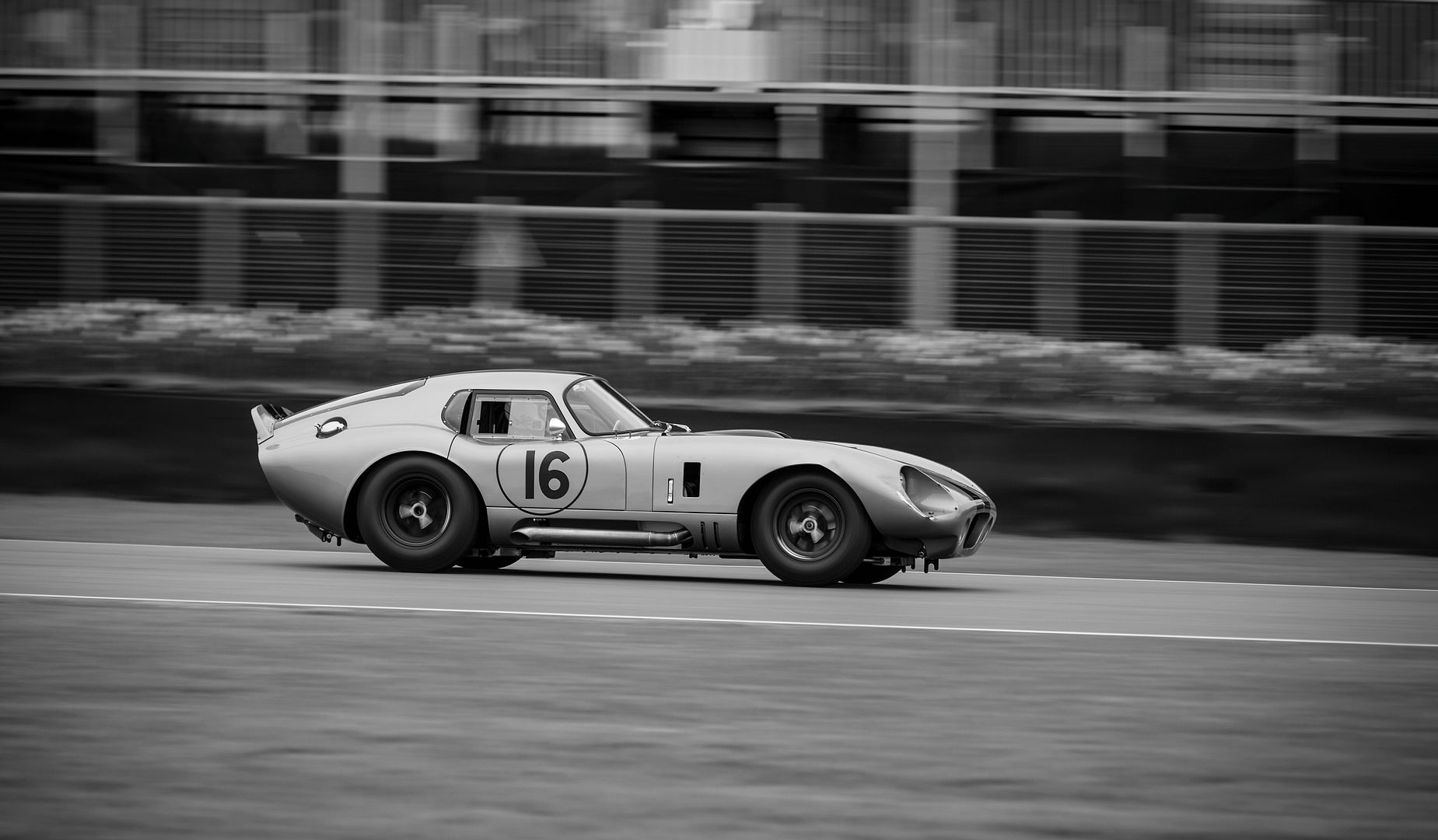 A georgous T Bird at Brooklands American car day a few years ago. Not my pic, but saw this one there, particularly like the drive in movie food tray hanging on the door. 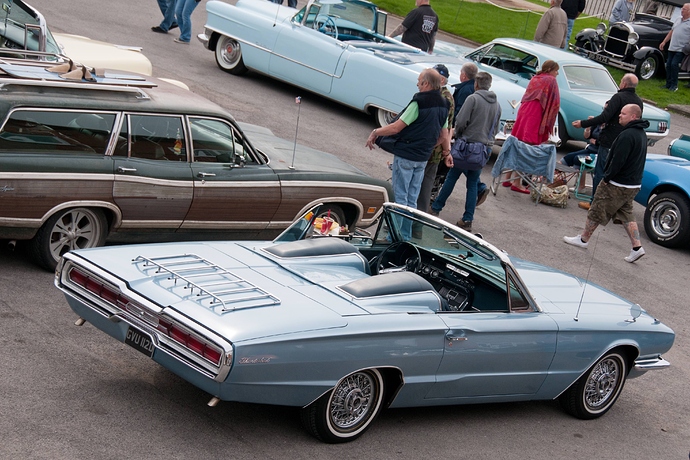 Another one from Brooklands American car day 2017, not sure what the car was but I liked the onboard Philips record player. 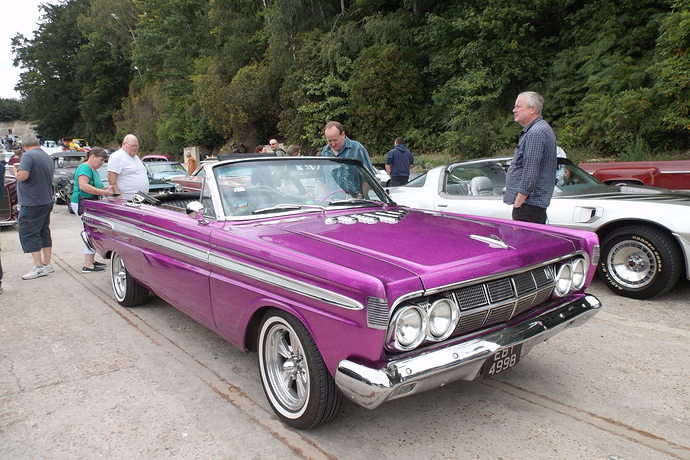 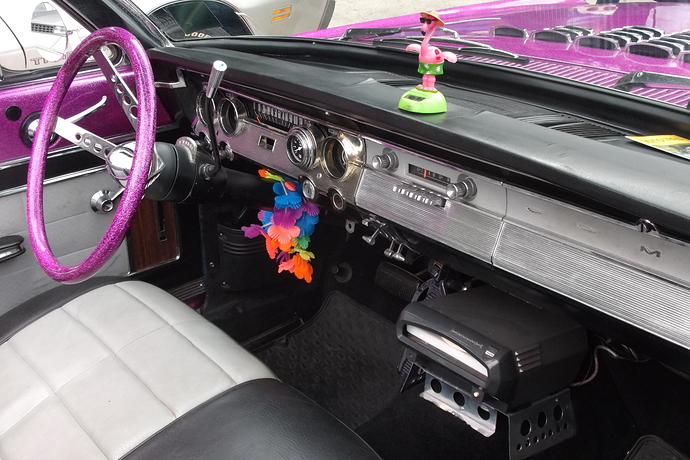 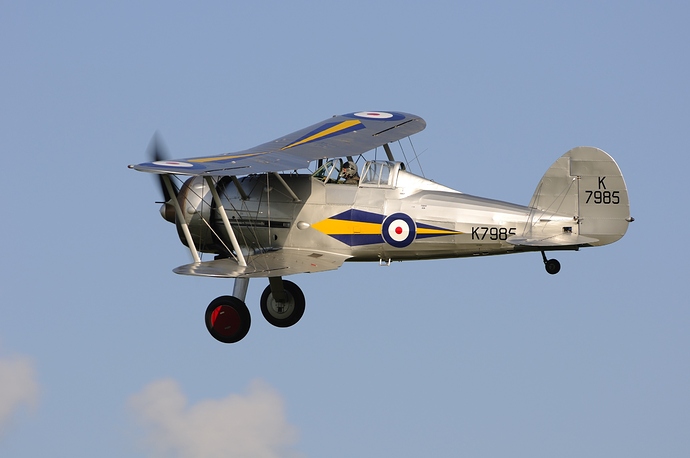 My dad has a picture of this flying with a Gloster Meteor and Gloster Javelin over Flamborough Head from his days in 73 Squadron. I must see if I can find that picture. 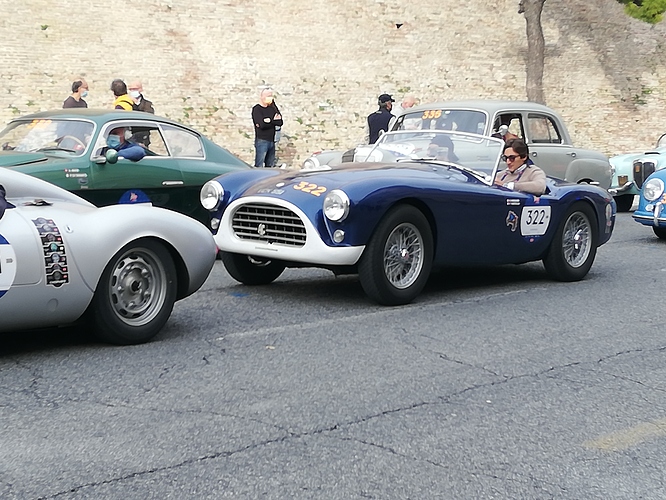 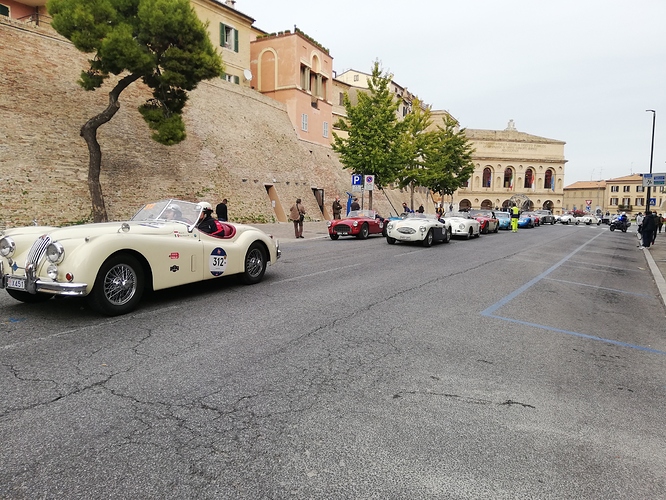 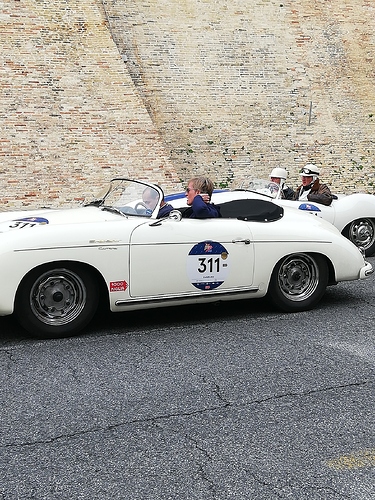 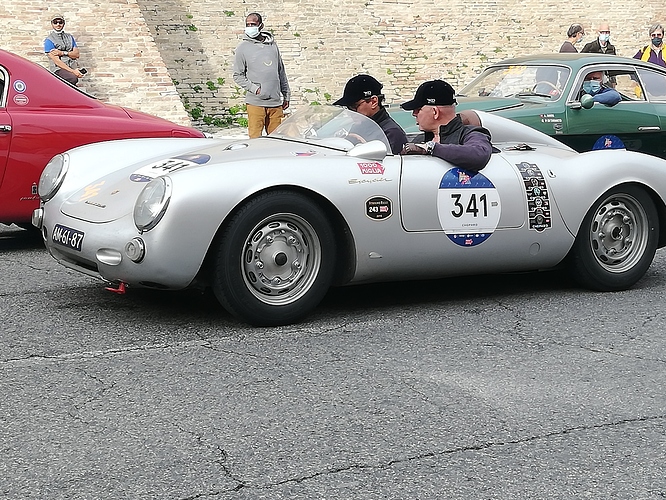 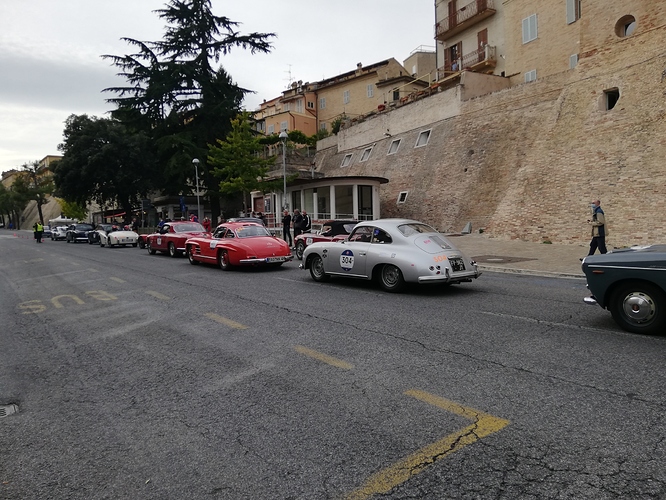 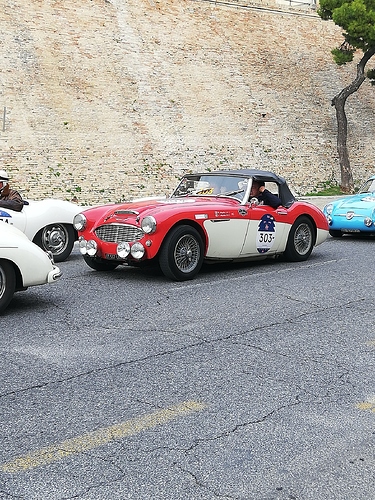 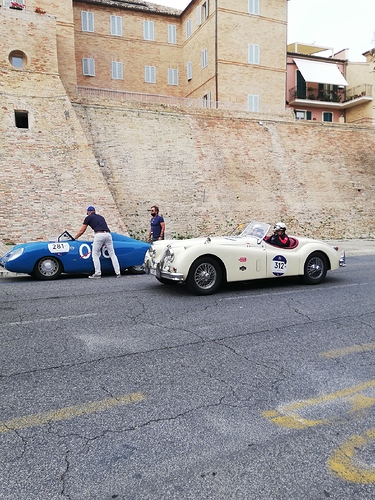 Passage of the Italian “1000 miles” race

May I ask where you saw that ?

Having lived in Malta , the story (or partial myth) of the Gladiators resonates strongly

This Gladiator lives and flies from Old Warden in Bedfordshire. It is part of The Shuttleworth Collection.