Shouldn’t we be flying around in spaceships now

I remember getting a Betamax VCR, having a Raleigh Chopper and watching Space 1999. LOL
I’ve still got a Black & White telly in the loft and a Matchbox Motorway.

With the way things are going we’ll be lucky to get to see the doctor in the next month. The concept of increased leisure time and indeed flying in spaceships seems a pipe dream. While the world burns we carry on regardless.

Perhaps a cure for the common cold is long overdue?

I for one do not want to hear a word about climate change (for or against) from a politician this year. I’m tried of these idiots making decisions that effect us all just to save the own skin and appease their electorate. It’s about time we started to listen to scientists, professionals, people that actually have answers or at least understand the problem.

I feel utterly cheated by the future; it was mis-sold by the sci-fi I read in the early 70s… I’d expected by the year 2000 we would be flying around in ‘aero-cars’, leading a life of leisure with the robots doing the work and wearing disposable clothing.

The aero-car didn’t appear.
The life of leisure did for many; but it’s not the life of luxurious leisure I’d envisaged.
The disposable clothes appeared but not in the way I expected them to.

I for one do not want to hear a word about climate change (for or against) from a politician this year. I’m tried of these idiots making decisions that effect us all just to save the own skin and appease their electorate. It’s about time we started to listen to scientists, professionals, people that actually have answers or at least understand the problem.

I’m glad to read you. Even if I don’t know you, I’ve thought of you from the news coming in from eastern Australia. I am glad that, in spite of everything, you are whole.

Oh, and encouragement, for the increasingly overwhelming scientific evidence, it seems that this is going to get worse and faster, unless we limit ignorance and achieve coordinated global action, which would rather be my wishes for 2020 and later, at least my son and nephews they all will have some opportunity to forge their memories as well…

The future is now for a select few.
To think it would be for everyone is a bit blind.
I’m hoping for that .1% in the fight against bacteria.

“So this is it then” said Arthur, “what you’re saying is, we’re all definitely going to die?” 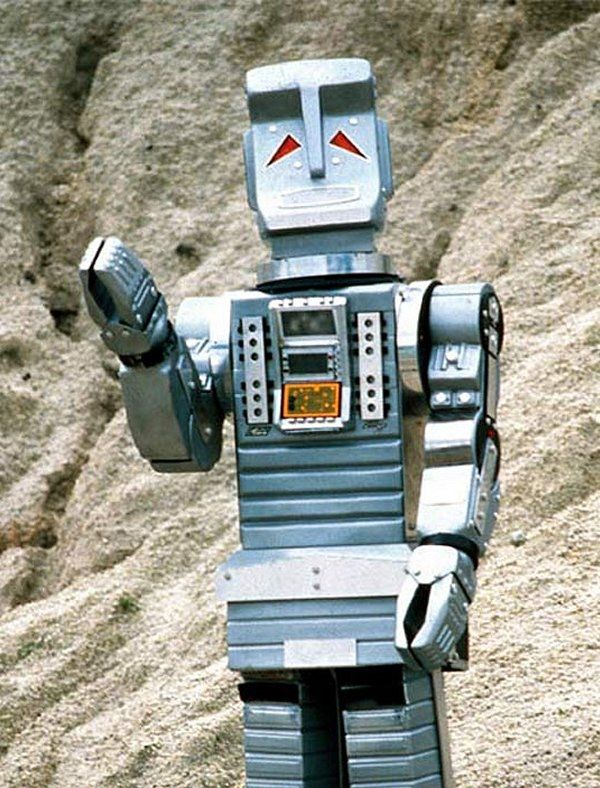 The future is now for a select few.
To think it would be for everyone is a bit blind.

This scheme is fallacious: the problem is that it is not about selection, but of luck; the fate that the universe manages by making somebody born in a certain geographical area and in a certain family. But, of course, such a configuration is determined politically, by the cultural, geopolitical and geostrategic slope that has been sedimenting by our history of Humanity.

Nice to see a mention of Space 1999 here as I am a huge fan and would probably nominate it for my favourite series of all time. I probably owe my career flying an airliner around in part to the inspiration provided by that show (although no airliner is anywhere near as cool as the Eagle spaceships featured in the show!).

What staggers me is the way that the sets and modelwork have dated so little - the special effects far exceed anything on TV even today and make things like the various Star Trek series with their extensive CGI look very unrealistic. Shot on film at Pinewood with special effects done by the 2001 team at Bray Studios its incredible that this series was made as early as 1973-1976. The first series in particular managed to combine the grandeur and mystery of space evoked by 2001 with the accessibility of Star Trek. It was shot on film and so it looks absolutely spectacular on the Blue ray sets. 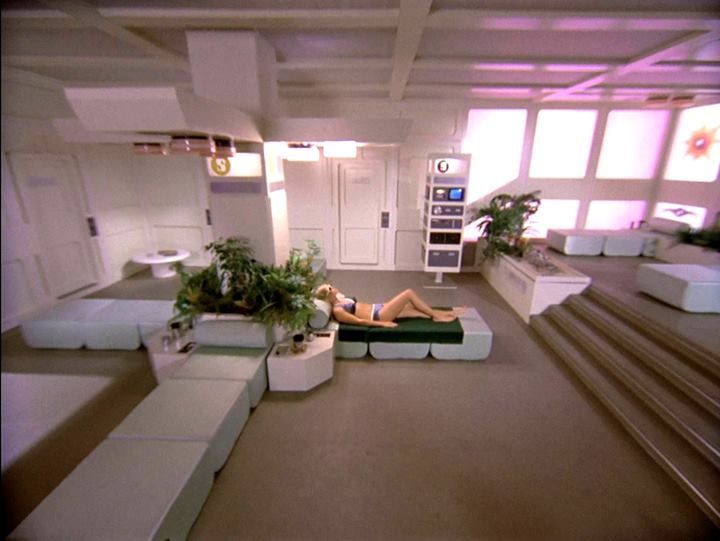 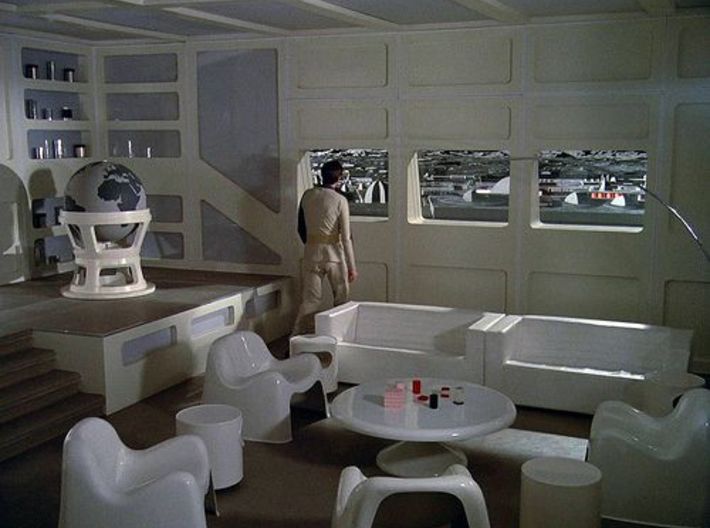 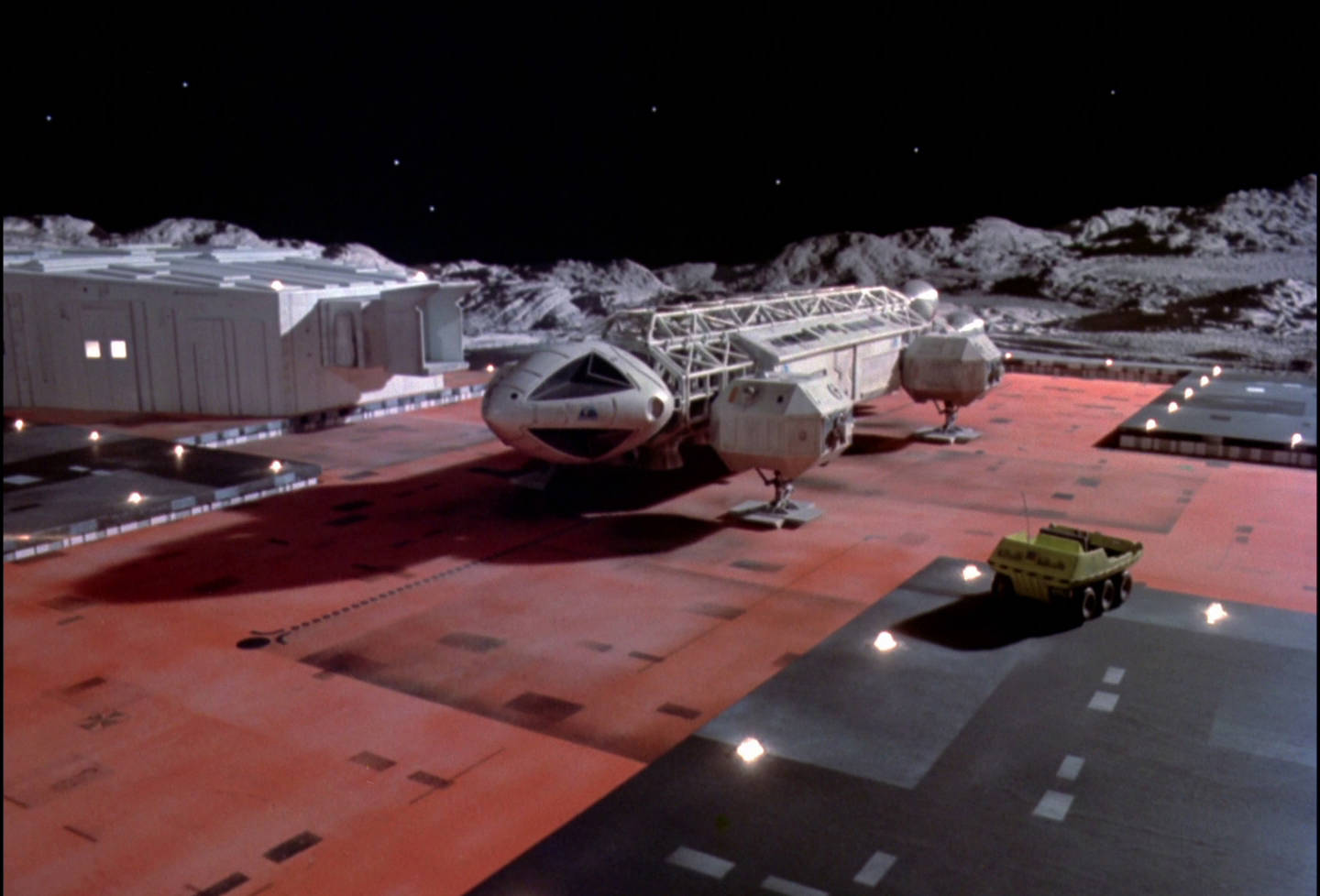 As for the state of the planet I think the younger generation today have much to be angry about. Our generation have buggered the planet, pilfered all the money through gold plated final salary pension schemes and ludicrous house price rises and taken them out of a European continent most of the young wanted to be part of at a cost of £50bn that the young will be forced to pay back. Meanwhile in both the USA and the UK we have elected the most corrupt, incompetent and environmentally exploitative leaders in the history of the Western world.

I do think robotics are going to dramatically reshape things though in the next 20 years and they do hold some promise of more leisure time for the masses simply because they won’t just reduce the need for work in many jobs but they will eliminate it! This will cause such huge scale unemployment that governments will be forced to tax corporations to pay nominal wages/benefits to people who are no longer working on a grand scale. If those benefits are not at a sufficiently high level then there will not be enough consumers left to keep companies afloat.

" I probably owe my career flying an airliner around "

Mike, you’d probably be surprised how many people who do this job or ATC have been inspired by space, aviation, Chuck Yaeger, the Shuttle, the moon landing, Star Trek or other sci-fi series. Sure those are all childish fantasies but William Shatner in one of his biographies tells of visiting NASA on a PR event for I think a Shuttle launch and being told by countless scientists there that they were inspired by his 1960’s exploits on Star Trek to want to work for NASA. It’s no different to kids following football aged 8 and then wanting to become a professional footballer or people getting into music and wanting to be a rock star.

Many people have dreams as a kid that come to influence their career choice in later life. Space 1999 certainly wasn’t the only reason for me pursuing aviation but for sure I knew from a young age that I wanted to do something involved with flight, piloting a big machine around and something that was operationally important/tangible. I liked the buzz of doing a job that felt safety critical and operationally very real. Given that there wasn’t much of a chance of flying spaceships around I think flying aeroplanes is at least slightly linked in terms of the skillset and job elements required. The Eagles featured on Space 1999 were essentially transporters of people and equipment, they weren’t fighting machines and they seemed to contain feasible technology that might exist in the 21st century - unlike say the Starship Enterprise which clearly contained technology from the future.

I wonder if advances in technology will lead to greater levels of socialism, perhaps even Marxism or some kind of benign communism will become the norm?

After all, if people aren’t needed to make stuff, provide services or care, then they won’t be earning anything to buy the stuff now being produced by AI defined robotics. This in turn leads to state controlled manufacturing and services as no profit of sufficient scale can be made in present capitalist terms.

Of course this could only happen multilaterally. One Nation’s leader’s fears, jealousy, stupidity and/or corruptness is all it takes to fk it all in the bin.

Star Trek would be right all along.

Thank you, I live close to the coast in a reasonably safe area. We have like most of the east coast (and unfortunately even NZ) have had to live with with the smoke for months now. I’ve always looked forward to summer but I be glad to see the end of this one.

Is there a fear that all your Summers may be like this one now?

If these fools don’t start listening to the obvious yes. We were warned that this year could be a disaster and nothing was done. We have a PM who thinks praying for rain is the answer.

It has been said, in the not far future when large parts of the world are inhabitable - that Great Britain could be one of the last to hold a relatively liveable climate.

We still haven’t worked out that we need to stop clearing to farm crops and livestock that require large amounts of water. We should be rethinking what we grow and how we grow it, but that takes leadership something that the west seems to be lacking.