Migrating from the discussion on System Pics, @Dunc provided some good advice on what to do with this left over from removing my radiator a year or so ago to get my two Fraim stacks further down the wall.

This pipe and TRV is a bit of an eyesore so I’m going to box it in. I’ll use this or similar 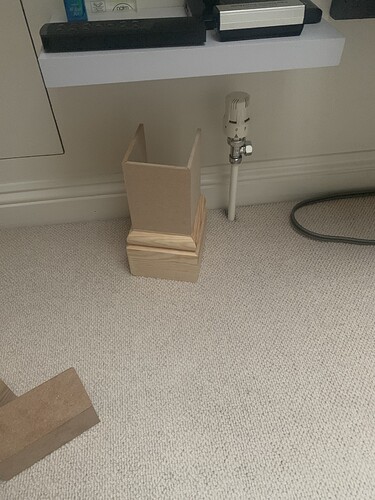 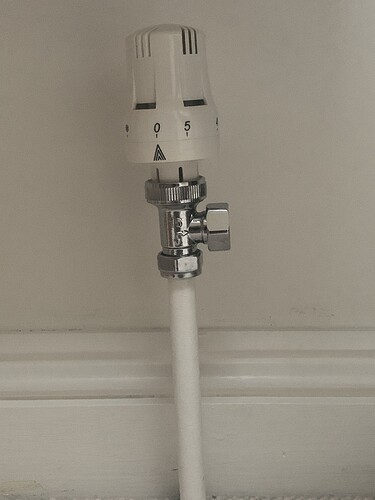 Ideally I’d safely remove the TRV so that I don’t have to go any higher with the box in. Earlier when I removed it there was water coming out of the capped off pipe. Following @Dunc advice I’ve included a 1/2 washer in the cap and that seems to work better than the PTFE tape at keeping the leaks at bay.

If I remove the TRV I’d expect the valve to remain fully down as it is currently when set to 0. Is that the way it should work when you remove it from this position or is it inevitable that the pin in the TRV raises slightly when it’s removed thus letting water through and putting pressure on the capped off pipe and washer?

If you remove the valve head, the valve will be fully open, thats why you need the cap

You dont happen to have the closing cap that comes with the valve, it would just be a big plastic cap, that screws on instead of the valve head, this would push the pin down inside the valve and prevent water flow, you would still want the other cap just to be safe.
If you haven’t got any i might have one i could send, just need to know what trv you have

Understood Dunc. Thanks. So when I removed the TRV earlier the reason that water started leaking out of the cap was that the pin naturally raised letting water go to the cap and because the cap did not have the washer in it there was leakage.

So to remove the TRV I need to replace it with a closing cap that pushes the pin down in the same way as the TRV does at 0. I don’t think I have a spare one but all the other radiators in the loft (all the same) have caps on the other side of them like this: 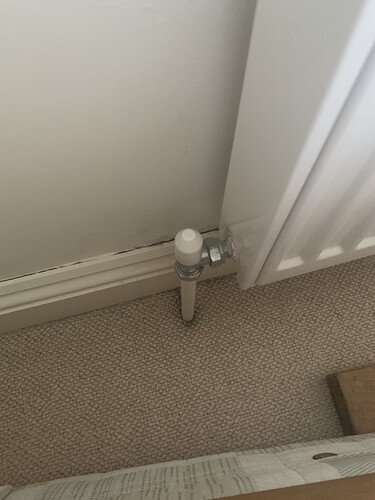 I wonder if I could remove this one from the rad in the other room on the basis that this rad is connected and screw that on in place of the TRV?

Actually I don’t think that will work as it’s a different valve isn’t it!

No thats just a valve called a locksheld valve, completely different
The cap for the tvr, is sometimes called a decorates cap, it would screw on inplace of the plastic trv valve head.
You dont necessarily need one, as now you have the cap sealed ok, then you can just remove the head and box it in, or as i suggest, cut the pipe lower down and seal it, for the clean look.

Got it. Many thanks Dunc. I’ll get a decorator’s cap tomorrow and go from there. Really appreciate your advice and I’ve learnt about TRVs too!

You need to get the right one for the valve, as they are all different, thats why i asked what the make is, as i hope it would have said on the valve somewhere

Yes it’s strange that the make of the valve is not shown anywhere on it.

I’d leave the TRV as it is and make the box longer, reaching the underside of the shelf. It would look better IMO.

You could even make the box wider, so it can be positioned centrally under the shelf. Painted white, it would look like it was part of the shelf.