Now Cap 1 have blocked my card and online access to the account because they think the transaction by dell was dodgy. Tried to speak to them on the phone… gave in - couldn’t answer enough of their security questions. e.g. when was the last time the card was used but I can’t log into the online account to tell them! Or… what was the postcode I had when I first took the card out (like 20 years ago!)?
Ho Hum

tbh I don’t like Cap 1 but there you go.

Got a few tickets to see the Van Gogh Live show in September in Newcastle. I thought I’d missed my opportunity to see this when I failed to go when it was in Sydney last year.

It will probably be easier today as they likely will have more staff on than at the weekend. If you ask to talk to the fraud team then you will not get cut off for failing the questions! You will need to speak to them anyway as the customer service people won’t unblock a card that has failed whatever arcane AI they use.

Sometimes these checks can be very literal. I was on the phone to one such ten years or so ago and the woman asked me what the name was of the vet practice that I had used the card at a month or so earlier. My wife was standing near and so I asked her. The bank woman said “You aren’t allowed help!” I said I have no idea what it’s called. We call it “the vet”. Anyway having to go through that experience to get my card unlocked twice in a couple of weeks meant I shifted all our online and over the phone credit card stuff to another bank. It cost the original bank the charges on tens of thousands of pounds on the card over the following years.

And renewing my driving licence online at the weekend, I filled in the online form. It asked for First name and any middle initial. So I did that. But then it failed the check of details on my existing licence. I saw that my licence had first and middle name in full, so I amended my application and now it worked. So bad instructions with the form then! 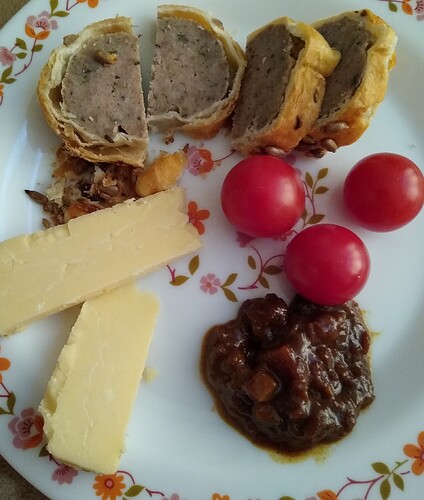 Take off the cheese, tomatoes and pickle. Substitute HP sauce

A rather protracted phone call with Cap 1 and going through 6 security questions and, finally, Cap 1 accepted I was who I said I was!

If you take that away, you are welcome to what is left, leftover “speciality” sausage roll. I didn’t particularly enjoy it hot and it needs something stronger than pickle or brown sauce to hide the undisclosed ingredient. I’ve never had one flavoured with caraway seed before and I won’t go back for more.

Hope you enjoy, saw the Van Gogh exhibition at Tate Britain a few years ago , it was actually very moving.

I had a call from ‘HSBC’ this morning. They asked if they were talking to me, I confirmed and then they asked me a security question. I told them that they phoned me and I’m not giving any information over the phone to anyone that rings me. He got a little annoyed, hid it well and explained that I needed to confirm my identity before he could proceed with the call. I told him again that he called me, so if he doesn’t trust me being who I say I am we are going nowhere. A few more moments of explaining from him and another no from me. They know I’ve had some money paid in and clearly want some of it, but not in a phone call thank you very much.

The Halifax did this with me too.

Sunburnt today. Took an early morning stroll from Appledore along the coastal path and carried on to Westward Ho! for lunch. Should have appreciated the strength of the sun. Sea was like a millpond – not much surf today. 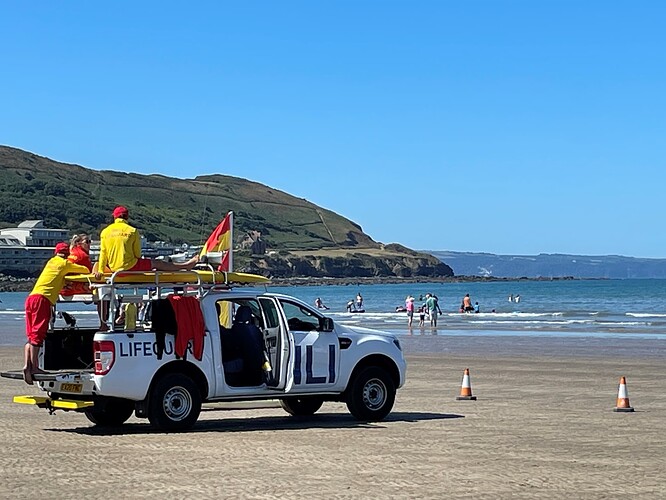 As did Barclays, a few years ago. However they accepted my point that I could not verify their identity, so told me to hang up, wait 10 minutes, and call the number on the back of the card, ask for the fraud department and gave me their name to ask for.

And that worked. Problem solved.

But yes, I’ve had a few of these “cold unidentified callers” over the years.

There is a butchers in Westward Ho in an unprepossessing row of shops that sells local Devon Red ribeye. Remains one of the best steaks that I have ever bought

Yes, Frank Heard. Used to have a second shop in Appledore until it closed c.10 years ago. Excellent.

My lunch today was next door to Frank’s (on the unprepossessing Nelson Road) - a take away sandwich from Country Cottage Bakery. Eaten on a sunny bench overlooking the beachcombers. Delicious. Unfortunately I’m redder than a lobster this evening.

New meaning for a Devon Red! We’re you wearing the traditional garb of a Devon man - shorts and no top?!