I thought, pubs and restaurants had to provide tap water for free?

Well our local doesn’t offer it free and it looks like places in ‘the smoke’ also charge. 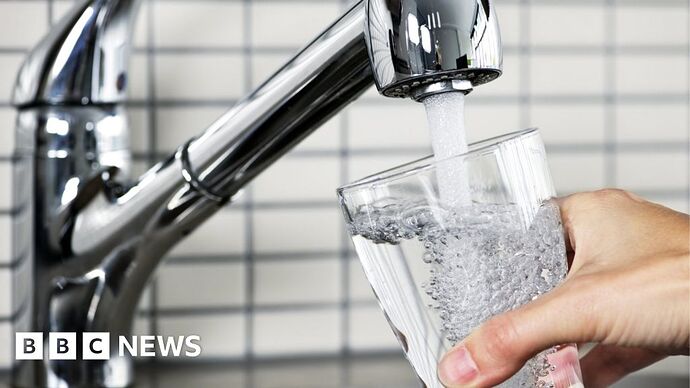 Free drinking water - what are your rights?

Most people are unaware of where and when they can claim free drinking water, a survey suggests.

Perhaps not the single source truth they once were, but…

Learned I lost my best friend of 35 years. We had a business together in the 90’s too.

Out for a leisurely cycle to the fish van on Tuesday and stopped, feeling a bit unwell…and that was that.

Thankfully my wife and I had a great dinner with him and his wife in Aberdeen just two weeks ago.

I won’t click ‘Heart’… that doesn’t sound right. Sorry to hear this.

Sorry to hear that. If it’s any consolation then cycling to a fish van on a lovely day and then keeling over suddenly would be high on my list of painless ways to go. ATB

Was accosted by Mrs Willy whilst taking a mid morning shower. Don’t get excited, was a request from the builders to show them where to turn off the water. There was some discussion where I tried to convey that there was no rush as even if I could explain where it was I wouldn’t until after my shower.

Took the builder to the other side of the road and pointed to the approximate location. Watched him poke the verge for several minutes without success. Went to the garage and retrieved the metal detector (a toy bought for the kids decades ago) only to discover it was switched on and the battery was flat. No spare PP3 in the battery box.

Returned to the garage and retrieved my divining rods. Walked down the road, perpendicular to where the pipe should run. When the rods crossed I pointed to the verge and said “poke there”, several feet north of where I though it was. Clang of spade on metal. Sorted.

Now before anyone gets up in arms let me say that I do appreciate that scientists have proven that divining doesn’t work. All the same I have found it to be rather useful when I need to find a buried pipe.

So… in the flesh, one house was a no-no. Second house is a YES!! Needs some work but it’s in general good nick; it’s just very dated inside (90 year old owner passed away). New kitchen/bathrooms/boiler/heating (still has single pipe central heating)/consumer unit/new windows and doors/flooring/overboard some ceilings/several trees need taking down and, probably, new septic tank/&c. Even met the neighbour who invited us round to sit in the garden and have a Magnum!

Anyway offer in but the seller (the solicitor) wants to go through a few more viewings. I’m not getting excited.

We have the same problem here, main incoming water supply runs across front lawn then across drive and onto next door. Valve is buried in gravel drive but never sure how far from entrance or how far across the drive.

Two metal ‘L’ shaped twitching rods made from old coat hanger always does the trick and we soon find the buried cover.

It’s not subtle either. Those rods don’t half twitch when you cross the pipeline. 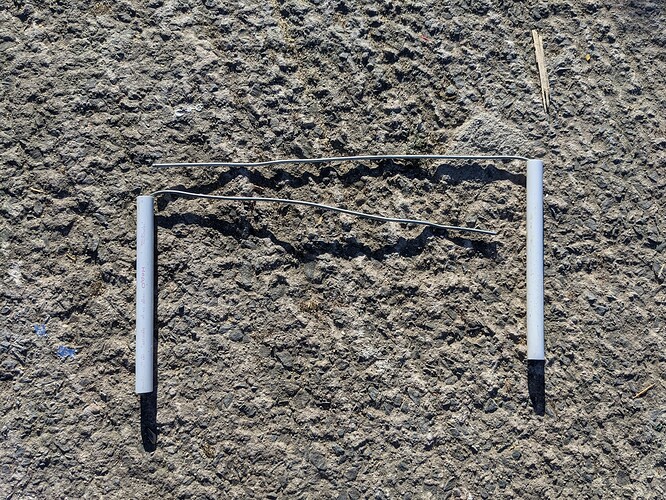 Like you said, it’s not at all subtle when they go.

We had a new water connection a few years ago as previously our house shared one with next door (even though both houses are detached) and it was preventing us getting a water meter installed.

The Thames Water guy used divining rods to work out where in the road the water main was and identified it as about half a metre from the edge of the pavement. The charge they calculated used the distance under the pavement and the distance under the road, the latter costing two or three times per metre more than the former. We accepted the quoted charge and the job commenced some weeks later.

It turned out the water main was about one metre further away from the pavement than the guy with the divining kit said, but the water company honoured their quote and I saved about £500. I’m not sure that I believe in water divining, but it worked in my favour that time!

Let’s face it, divining is a lot more believable that much of what goes on in the Hi-Fi Corner.

My dad showed me the bent coathanger method, he had learned as a scout. The most amazing thing I ever saw was a friend of his father who reputedly mapped the underground springs around the hamlet where he lived. His party trick was to find find half crowns hidden in his allotment using a brass pendulum. The children at a birthday party buried the coins whilst he was out playing cricket, his wife raked the earth to hide the digging. Science or not (he was a scientist, would never disclose the secret work he did in the war), he found them, the children got to keep them.

Spent yesterday in the ward waiting to be taken for a colostomy operation, fast track found obstructed bowel and abscess in bowel area. Antibiotics have worked wonders on the abscess, now to have a bag fitted. Waited all day on nil by mouth, at 6.30 they confirmed it wasn’t happening that day. It was nearly 40 degrees in here, I crunched through 2 glasses of crushed ice before I came round.
It’ll either be today or Monday, I’ll hear later this morning.

The one time , we were without water, emergency drinking water was supplied.

Thames Water left it at the top of the road, I raided it and took it to the elderly people at the bottom of the road

Wishing you all the very best @Eoink Keep cool.

Sending good thoughts your way, @Eoink, and hoping all goes smoothly with your op.

Soon home to the music once again.