Ah this garage have done more complex jobs for me - so I am happy, their prices are usually pretty reasonable - but thanks for the advice

Ouch !
We live just a few miles away from Ian. We use two independent garages. One for the Merc and one for the BMW. We’ve used Gordon for the Merc for over 40 years and Trevor for the BMW for about 10 years. They collect and deliver, but I can pop into their garage’s unannounced for quick fixes or advice and I feel they can do a more thorough inspection and work when the vehicles are lifted on their hoists.
Very reasonable prices even compared to mobile mechanics and especially main dealers
Gordon is even an authorised Merc repairer/maintainer.
Cheers
Don

On Saturday (two days after court case ) someone sent me email correspondence between the case-officers of WBC and Sport England agreeing with each other over the status of the replacement pitch .

Six weeks later both are pretending this never happened

Well at least you have email proof.

Maybe you should also write to The Times/Guardian

Wrote to BBC South just now , we now have three cases all bordering the same piece of land where the council have misled . Millions lost

It’s bad, but a trip to Private Eye’s Rotten Boroughs suggests that I am not alone with my concerns 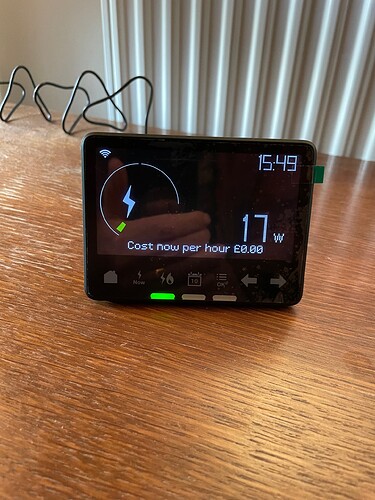 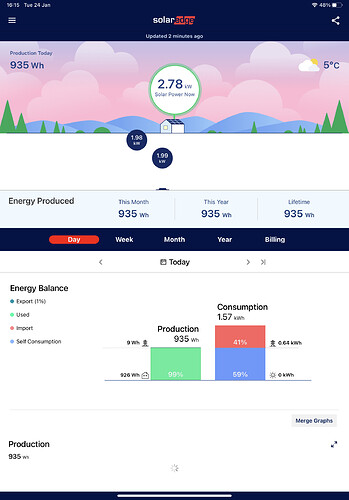 Solar + Batteries up and running not long ago. Taken 7 days. Didn’t expect to see much generated so late in the day.

Today (and the last few days) have been good.

The image shows today, the left hand side is overnight charging of car/home battery (and laundry/bread making) at Octopus Go’s off-peak rate.

The right hand is the solar production and, sadly, more export than I consumed charging home battery (green is inverter generation with the red being ‘grid use’ (export when above the x axis, imports below).

About 13kWh generated/consumed and 10kWh exported.

Great in the right application but I found these, and ordinary power-drivers, can split 'board ends & sides, such that I often ended up pre-drilling 'boards, especially lifted legacy ones which had hardened over time.

I got annoyed when we had some work done that after re-laying floor boards with screws many of the boards had split - I asked the ‘builder’ why they hadn’t pre-drilled before screwing them back down. It went down like a lead balloon and the relationship soon soured.

Not drilling pilot holes and splitting the wood is poor workmanship. You were right to question it. 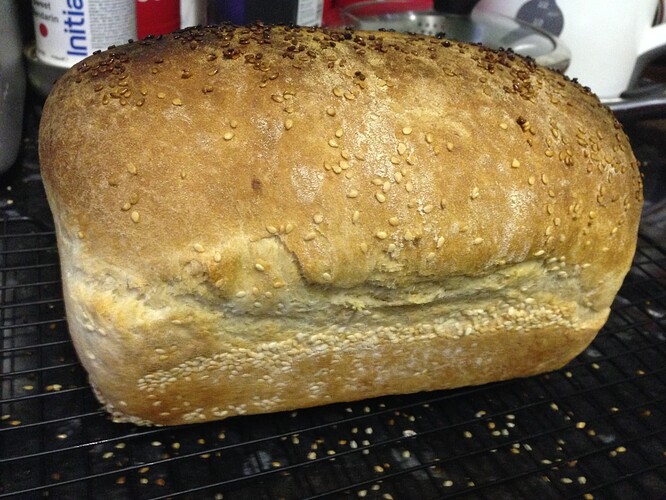 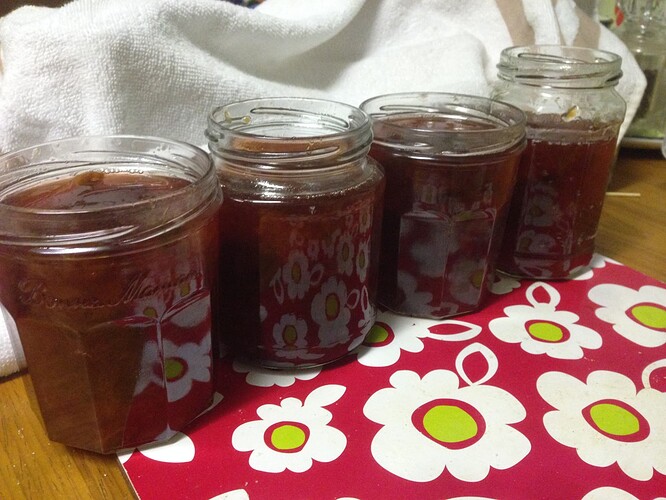 Living off grid had a breakdown and aged 10 years in 4 days !
and on the day my new 200 series landed … so frustrating

Thankfully all up and running again with a little help from Danny the amp and Mark the nova thanks guys! 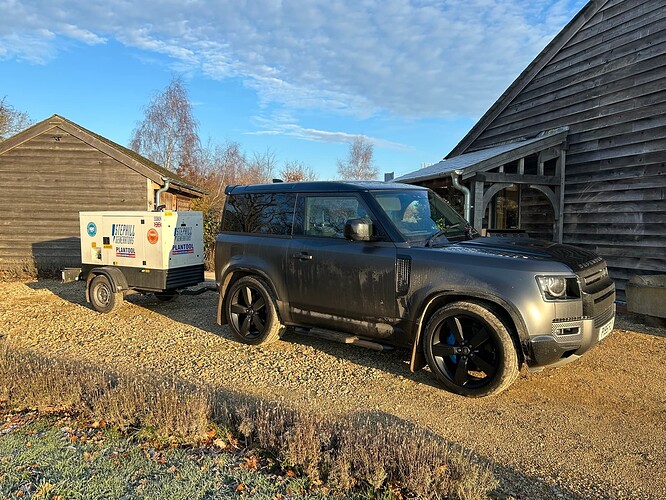 It’s not only poor workmanship, it can be dangerous e.g. if you have old 'boards, which have warped slightly (slightly U-shaped), if you screw without pre-drilling, it can over-tension the 'board IME, which can lead to more splits = more squeaks and floor softness. Sometimes, it’s best not to over-tighten.

Then, we get to trying to put screws in as close to the header/edges to prevent/mitigate any warping. This is where choosing screws with slightly bigger heads than (say) extracted floorboard nails, can be a good option (same hole).

With suspended wood floors in older houses, I’ve tended to hardboard these too – post re-wiring and plumbing.

I have always used cut (or clasp) nails for floor boards. They work very well, and tend not to split the boards.

Decking screws can be used and reduce the risk of the boards splitting.

btw… ref. screws and the best type. For floor boards or similar or where I’m fixing using longer screws, I’ve started using the screws with a torx head on them. Excellent driver location for a very quick and secure fitting. 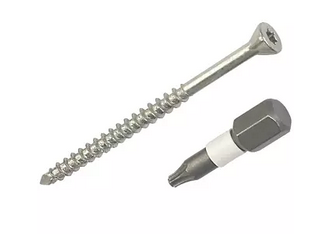 I’ve spent the past week learning to sing “I’ve Got the World on a String” by Ted Koehler and Harold Arlen. This song has also been very challenging, especially in terms of expression and trying to remember (by heart) which notes to hit:

I’ve retired the 5-6 year old Panasonic combi microwave which suddenly decided to trip the consumer unit every time I tried to use it.

You may recall this was one that limped along after Mrs AC microwaved par baked bread in error instead of using it on convection setting resulting in plumes of smoke, an internal fireball and a cracked ceramic grill tube.

We actually bought a newer model in December 2021 after the front control panel became unresponsive for a few hours after which it came back to life, I think it was due to something generating loads of steam/moisture.

Amazing to think we’ve had the new microwave in a box for over a year - it looks far nicer being a kind of metallic grey rather than brushed steel. It also has a steam cooking function which might be fun. Accessories are different but the old trays seems to fit the new one which is a bonus.

Looks better in the flesh: 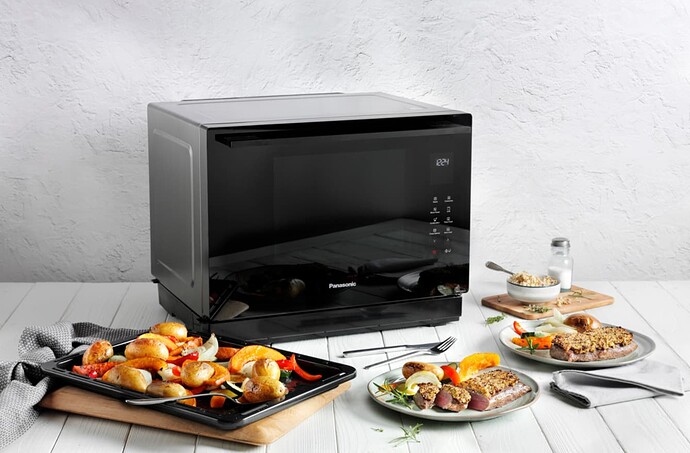 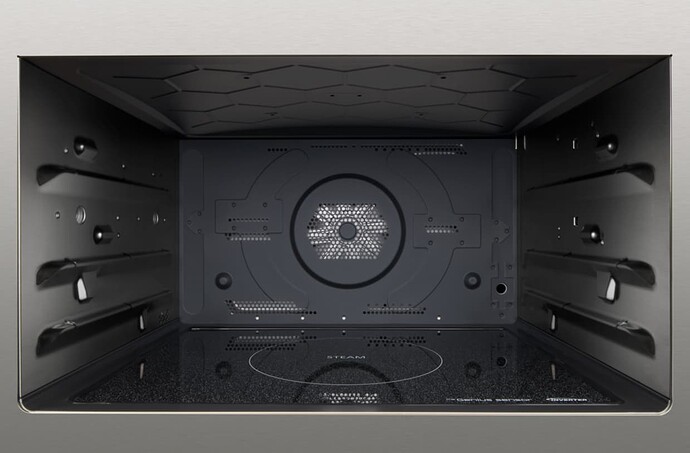 (Promotional photos needless to say - the inside will undoubtedly be greased up and mucky within a few weeks.)

Another trip up to Leyburn. This time to get the builder nailed down on time scales and order of works. Also going to try a 4G router on a window cill with a couple of different SIMs to see what it’s like. Cellmapper says the signal is acceptable but what that means in real terms speed I don’t know; hence the real life tests. It might be I need an outdoor aerial to get over the walls issue… in that case I’ll give up and go straight ahead with the full fibre installation; the 4G is only intended as a temporary solution and, although it wouldn’t be too hard to fit an antenna (there’s a TV aerial pole on the gable end that faces up the valley towards the transmitter), it’s more faff than it’s worth.

Spent HOURS yesterday trying to find somewhere to book for an evening meal (in Leyburn)… Good grief! Phones not answered. Answering machine messages not returned. Emails not answered. Web sites that are two years out of date. Placed closed down for hols or permanently. Got booked in to the Sandpiper in the end but that was after three phone messages and an email.