This hobby always ups and downs

I have 2 cassette decks that i use occasionally to mainly record stuff from qobuz, so i have a copy just incase it disappeared from the streaming platform. Its stuff i dont like enough to buy but still enjoy it.
Anyway this has always been a good way and the results from my dragon and elcaset have been very close to the original source from qobuz/rossini (dCS). It did lose a bit against it across the range but it was close enough still and didn’t bother me.
Now in comes the vivaldi and last night for the first time i decided to record a few tracks from qobuz. Well the results now is just disappointing, no other word to describe it really. Both decks just can’t do it and the gap between source and tape is quite large. The bass is not as deep, tight or anything like the original, the details have taken a dive and now you have to go searching for them in the track rather than just be there. Overall its like i am playing it all back on a different system.
To be fair its pi55ed me off as i have invested quite a bit into my tape set ups and now i feel for me and my system its just not good enough and i can’t see myself using them anymore as the quality just isnt there.
Shame but i think i am going to have to sell them both and maybe try a reel to reel to see if that can do it, but i am not holding much hope.
Cheers dunc

Maybe @Mitch could advise here. He has a top Kuzma turntable and a reel to reel deck. I wonder how he compares both.

Been trying once again this morning and the results are the same.
To make matters worse i also tried a new, well old but unopened tdk sa x tape, using this was even worse again over the metal tape. Yes i knew that it would be different but the gap even more noticeable.
The elcaset using type 2 tapes is like using the dragon with metal tapes, the elcaset does record to a higher quality level using a lower quality tape and i have found this always the case.
As the elcaset uses reel to reel tape 6.3mm wide and runs at 9.5cm ps, it does have a big advantage over the normal cassette tape as it can just have more information on the tape plus much less hiss. So maybe a reel to reel running at 15cm ps might be much better, but its also the rest of the machine that needs to be 100% and this is also a big problem as all this stuff is very old these days and even something fully serviced etc, you probably be lucky if its near its best.
But i do still like messing about with tapes and maybe i just need to except that its just not going to be able to compete now.

I think a top notch Reel to Reel is your answer. You are comparing 30-40 year old cassettes to superb modern sources. My Nak DR1 still sounds great but is exceeded by CDS3 and Rega TT. Your Nak Dragon is considered the best Cassette deck ever and should be cherished but it can be bettered in 2022. The search should be fun and expensive. Good listening!

You will finish there probably…… 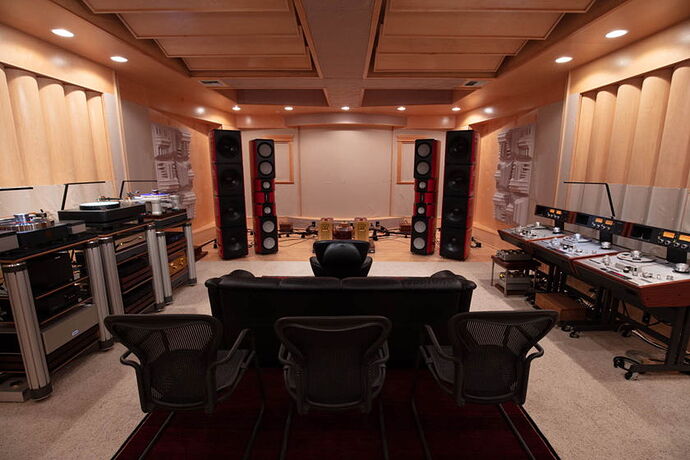 We’ll call it the Duncgeon then.

Haven’t got the room for that lot lol.
Like i said even the reel to reels are very old and comparing against the elcaset the only difference is tape speed really, yes i know this helps but i still can’t see it making up for the rather big difference in sound

I remember Jonathan Valin saying in Absolute Sound that the ultimate source is from master tape. He enjoyed the same his 200 k turntable ( Walker Proscenium) and his Tascam tape deck. 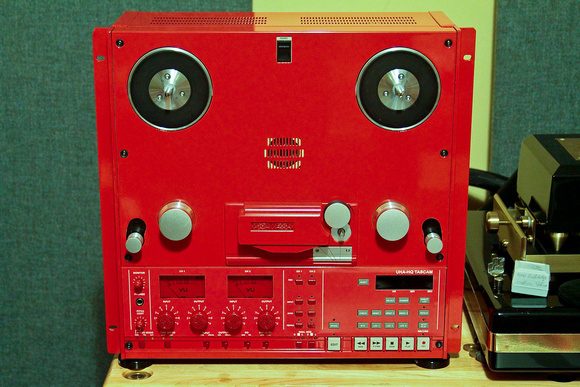 Master tapes and machines are very different to what reel to reel i would be looking at.
To start off master tape is what was used once apon a time in the stuido to record the master track live, that is the only one, the master tape after that each copy is just a copy, plus the machines used are very large and expensive and so is the tape.
The more domestic reel to reels are much less impressive.
But with all this kit this old, condition is everything and the tape heads especially.

When did you last clean and demagnetise the heads? This can make quite a difference.

Havent de magnetised them for a while but both decks have lovely clean heads.
Dont get me wrong they both sound lovely still but just not as lovely as the original

Can you explain Richard? You know very well the subject.

@Mitch uses that for example. What is this, a reel to reel, a master tape deck? 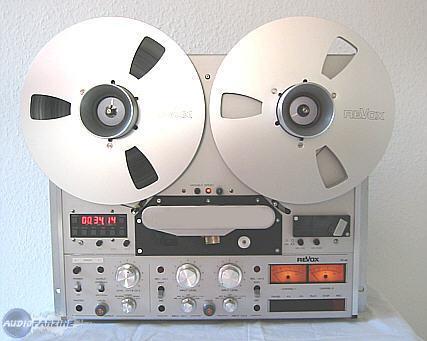 I thought master tape machines and reel to reel are the same thing. The picture I posted is not showing a reel to reel ?

FR, that looks to be a Revox PR99 MkII reel to reel tape recorder. It’s a semi-professional deck - very good, and very reliable.

If you want know more about R2R then best check out Dave Denyer online (Dave also used to handle Naim’s PR back in the day).

What is this, a reel to reel, a master tape deck?

Reel to reel decks generally play and record tapes - like the one in your picture.

Simplistically, the master tape is the original recording of the performance, typically done on a R2R deck when analog recordings were the standard.

Nice machine the pr99mk2 but its old and is a home machine and certainly nothing like a master reel to reel deck.
This uses the same size tape as my elcaset and in 2 channel mode only real difference is it can run at a faster speed and so therefor could or should offer a bit more quality as long as all the boards, heads etc are in good working order

the only difference is tape speed really, yes i know this helps but i still can’t see it making up for the rather big difference in sound

With m reel to reel speed is another sugnificant difference: track width on 1/4” tape is wider than on 1/8th inch of cassette tape, and as a two track recorder (on 1/4”) sounds better than 4 track ( incl 2x2 track with tape used both ways) with multitrack for studio use using much wider tape). It all adds up, very significantly.

Sadly it seems you have realised the limitations of cassette! Personally I never liked the nedium itself, too fragile and self-limiting, so it seemed a flawed thing to spend lots of money on maximising what it could do, unless good quality portable recording was a key requirement in the days before digital.

Now in comes the vivaldi and last night for the first time i decided to record a few tracks from qobuz. Well the results now is just disappointing, no other word to describe it really. Both decks just can’t do it and the gap between source and tape is quite large

It’s an inferior format. You’ve spent a shed load on some of the best analogue and digital front ends so I’m not sure why you are surprised.

I take it you have never seen an elcaset? This is not the normal cassette at all.
Its like reel to reel but in a very large cassette, elcaset uses reel to reel tape 6.3mm wide and runs at 9.5cm ps.

Also just to add the old professional master reel to reel decks used up to 2 inch wide tape and ran at 30 inch per second, thats a huge amount of tape going past the head every second