I am assuming you are changing the speakers btw as a £4k+ amp is probably best with slightly better speakers than what you have.

There is really no answer to that question. All I’d say is that if you get the 202/200, do get a Napsc to power the pre’s digital bits. It makes the 202 sound considerably more natural. Bear in mind also that the pre/power needs an additional shelf.

when I did a demo it was the sn3 all the way so that’s my choice but I think there are a lot of factors involved so you should always listen and decide for yourself.

If separates a rack gets also more important.

With the caveat that you need an extra shelf the 202/200(DR). But @hungryhalibut makes a very valid point reference the NAPSC.

In that context, I’d look at the xs3.

Back on the Naim train! Hi-Fi Corner

So after 10ish years of a complete Sonos house, I dusted off my original 16/44 UnitiQute (with non-working screen of course…) and wow!! Even with cheap Q Acoustic bookshelves I was hooked again - I completely forgot how much fun music was…You hear Keith Richards’ opening riff on Sticky Fingers and the next thing you know, you’re in this forum trying to learn and looking to buy everything in sight!! I made the decision to rebuild around a core Naim system. But have been out of touch with the l…

Another thing to consider is that when there is no clear consensus it is likely that neither is better per se and that’s it’s more a matter of personal preference. Both are good and once out of the dem room and relaxing at home it really doesn’t matter which you pick.

Funny how this comes up from time to time. Back in the days of the old forum one thread, comparing the SN1 vs 202/200, got extremely heated, with angry posts insisting that a pre/power obviously had to be better than an integrated, simple because it was two (or more) boxes. But from those who’d actually done the comparison opinions were, IIRC, divided. As HH says, it’s really about personal opinion.

If buying new today, SN3 has the merit over 200/202 that it is at least currently being produced.

Having recently been through this at my local dealer, tried the XS3 first, very nice amp but I wanted a little bit more, tried the SN3 which was an improvement all round which you would expect for the price difference, lastly tried the 202/200DR,settled on the later which I acquired ex-demo then added a new Napsc.

The difference between the SN3-202/200DR to mine and the dealers ears was indeed subtle, the later just edging it for us both but
I could of lived with either. At some point I will add a Hicapdr ,box count for me was not a major concern but I totally understand the appeal of an integrated.

If you are intending to upgrade again in the near future it can be more cost effective to jump straight to the next step straight away as long as funds allow, buying new then moving it on pretty quickly for the next upgrade can get expensive, just my thoughts, happy journey,

Is there a reason that two boxes are not permitted for each (SN3 + HCDR and 200DR/202)? Is that just what local options you have?

No, it’s not that ‘two boxes are not permitted.’ It’s that each option costs roughly the same and delivers a similar amount of power. So without complicating it further with additions, power, you need a bigger rack, etc., the simple question is - does one sound better?

If the answer is ‘they’re both pretty much the same, but one gives you more options in the future and the other is more simple/straightforward’ that’s ok too.

You’ll never get a conclusive answer. Just pick the option that feels right in your guts.

Thanks. I had a feeling that was going to be the answer…

Logic / gut tells me that at the same price point, 2 boxes with less features must outperform 1 box with more features.

Unless Naim’s margins are wildly different between the two, which I doubt.

Don’t forget to throw a NAPSC into the shopping basket

Don’t forget to throw a NAPSC into the shopping basket

Yes - as far as I can remember, the general consensus is that the napsc is the best value for money Naim product. Back in 1999 when I was choosing a 102/180 (my first Naim), I told the dealer I had the exclude the napsc as I had to draw the line somewhere. He said nothing, but picked a bit of tricky music and played with and without a napsc. I immediately relented and added a napsc to the order. Never regretted it

When you have a NAPSC the 200 still powers the 202, the NAPSC just controls the software. It’s a trickle down configuration from the 282.

The NAPSC takes care of the switching and logic circuitry. This circuitry can be surprisingly noisy so the benefits of a separate supply to this are not subtle. It’s definitely worth doing the demo. 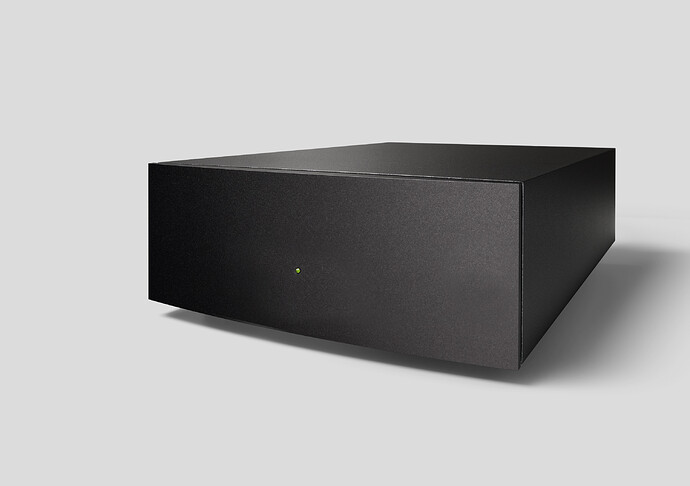