Thunderstorms, do I always need to unplug?

Surge protectors are not reliable lightning protectors. The huge current of a lightning strike can easily jump across the small gaps such as you would find in an electrical switch (after all, in the atmosphere they jump across hundreds of metres of thin air!) so the most reliable solution is to remove the mains plug from the socket.
Remember also that lightning can enter your home through other conductors, including copper telephone lines, which in turn may be connected to copper Ethernet cables, and coaxial TV cables, etc. so these should be unplugged too.

+1 - there is no reliable protection against lightning strike other than unplugging. That is, if your house doesn’t burn down.

A lightning strike down the road and subsequent induction via the telephone wires took out DECT phones and router (all fried) here about 5 years ago.

My understanding is that if your house does get hit by lightning then it will run down the outside. We have a big copper lightning conductor and strap running from the main chimney to ground. However, I do wonder whether the lightning might prefer to strike the TV aerial next to it, in which case… I invariably unplug the main internal aerial feed in the house when there’s a storm brewing.

Oh, and if your house does get hit by lightning then you’ll definitely know it as the noise is like an explosive charge going off (hopefully not your speaker bass drivers exploding across the room).

They make a good living out of selling them here. Recommended by EDF for all common lightning regions.
Class1 for neutral and class2 for live. (Whatever class 1 and 2 means).
As you can probably guess I’m not an electrician.

I have always found that the hifi and the music sounds somewhat so much more realistic whilst playing through a thunderstorm or other such earth feature.
I put it down to the change of air pressure to influence the db velocity and tonality of a given output in relation to earth noise floor to local atmospherics.

No, the lightning strike came through the phone line, through the router, and Airport Extreme, then into the US via the Ethernet cable. They were all destroyed, and the heavy mahogany box they lived in was blown apart. That’s why I now connect my networked gear with fibre instead of copper Ethernet cables.

Thanks for all these replies. It’s sad that nothing really strong and safe exists to protect definitely from thunderstorms, for our beloved system.
Having to unplug from the wall and switch off all the boxes is not a big fun.
It’s strange that science can allow today to do so many extraordinary things but no one found a definitive protection against thunderstorms.
Or maybe it exists but at a cost no object cost.

You can get whole house lightning protectors which are fitted inside your consumer unit and are sacrificial. I doubt very much that they are 100% effective - in a direct strike nothing ever is, but they are strongly recommended in exposed locations.

Mr Rooster, unplugging from the wall is the best thing as you say… whether you have lightning conductors, suppressors or not (unless you have a high immunity lightning protection zone (LPZ)… (I would of thought unlikely in a house). The consideration one needs to guard against is the LEMP (lightning electro magnetic pulse)… that is the pulse that can be induced utility wiring, main, telephone lines, coax lines and cause havoc destroying electronic equipment. The more sensitive it is the more vulnerable it would be… and like Richard D I have had an identical occurrence as to what he described, though BT were very helpful and quick at sending a replacement router for no charge.

If you were really unlucky with a nearby hit, LEMP could couple into speaker cables etc… but I guess if that was to happen you would have other things to worry about.

Low level lightning protection can be via surge protectors in your consumer box etc, but those are more for marginal cases.

When my house took a direct hit, the only thing that survived was my old Rega turntable.
Apart from all the usual/expected household items & wiring to be destroyed, it even damaged unconnected items such as a TV & more surprising my all valve (tube) guitar amp, I suspect this was LEMP

The thought of that happening to my mint Piano Black n-SAT/n-SUB 2.1 speaker system is like a scene from a horror movie.

Thank you for the heads up regarding unplugging all of the kit and saving it from possible destruction before/during an electrical storm.

My preferred lightning monitor is by looking at these maps from blutzortung(dot)com which can be used to give an indication of the extent of an electrical storm, but also, importantly, its direction if travel, so you can see if it’s heading towards you or not. It looks like France is getting it bad right now! 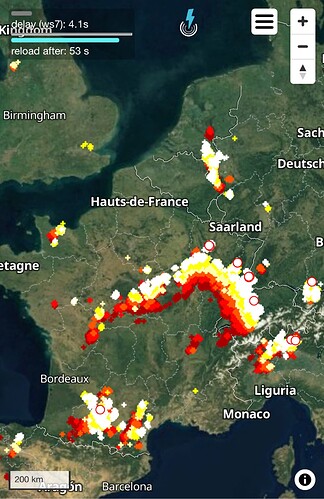 These are actual lightning strikes, and the colour coding shows the time in 20 minute intervals, ranging through white/yellow/orange/red - so it looks like Paris could be in the firing line later today!

How about an audiophile big battery power like the Stromtank? You plug all in it , from tv, router, switch….and audio system. 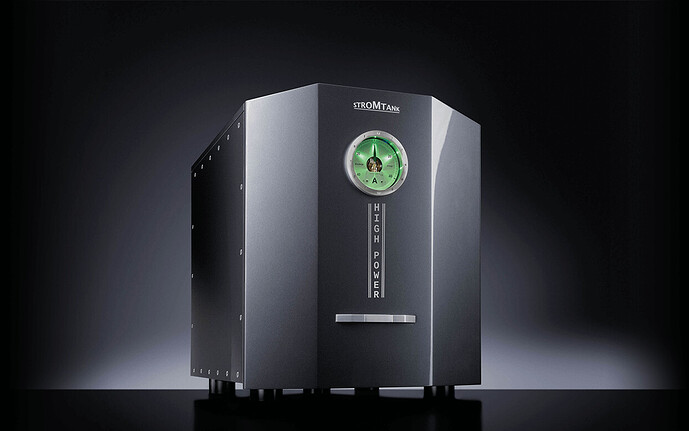 For tomorrow I don’t see thunderstorms in Paris. 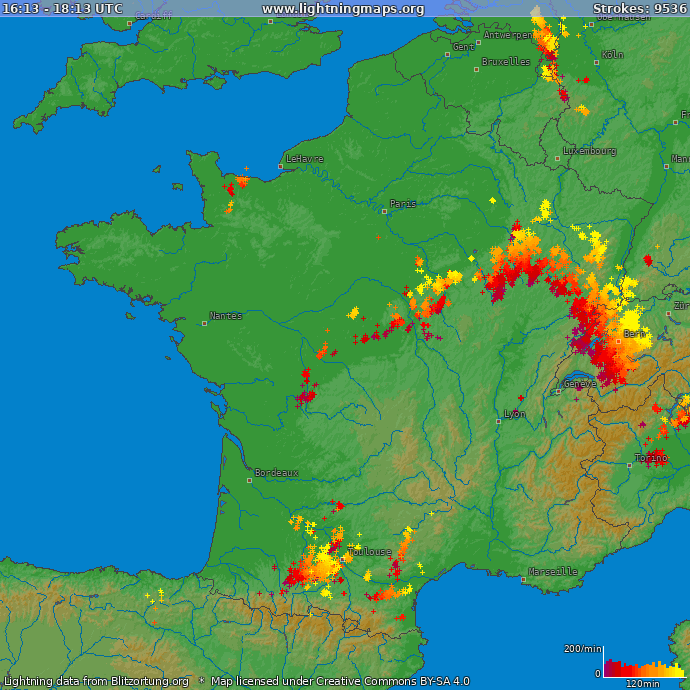 It may have petered out by then, but the map is giving you real time info, not a forecast. It shows you that the storm is heading North.

I haven’t read of any accounts of members here having damaged units from lightning strikes. It seems like there would be at least some but the lack of the frequency of this problem tells me it’s not one you need to fuss over.

Tomorrow, in your country. 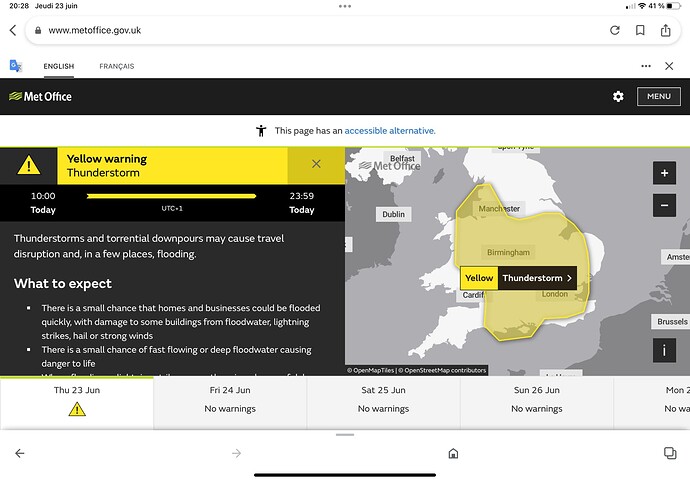 Have you read up the thread ?

Yes. I tend to worry about risks that are likely versus those that are unlikely.

See the posts avove by Richard, Simon and Mike-B regarding lightning damaging their kit. My Unitiserve was a write-off too.