Tidal music has been sold! As an enthusiastic Tidal Hifi user, I hope the Hifi tier remains.

The price paid probably reduced by 80% on Spotify’s announcement of a HiFi tier last week.

I can’t see them removing that tier - they should be pushing higher quality - studio masters - as soon that will be all they have as a USP over the Swedes, along with a few others of course.

Perhaps if they ditch the MQA bollocks, the pricing can be cheaper! 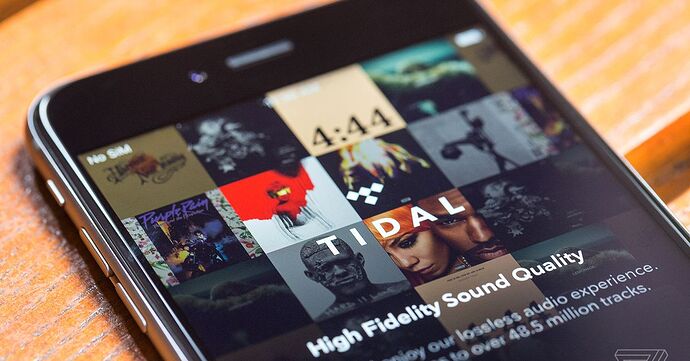 As long as they keep making sure more money keeps ending up with the artists even though no longer artist owned, I’m happy. I agree that ditching the HiFi tier wouldn’t make any sense.

I suspect Tidal will go the way of Betamax

I suspect Tidal will go the way of Betamax

I think MySpace is more relevant - but yes!

They’ll get squeezed out by Apple and Amazon and Spotify - Qobuz will I think survive at that high level, as I think they are a much smaller lower geared operation, and quality is not their only play. Downloads too.

What WILL be interesting is if one of the “big boys” makes a move for Spotify. Mr Ek may be tempted to “cash out” - again, an Amazon or an Apple would have the pockets, but they have their own offers, so for them it would be about market share.

Microsoft aren’t really in the content market - but maybe adding it into their Xbox ecosystem might make it make sense for them. You could see a Sony or a Samsung going all in on it, not sure on the depth of their pockets though - both will have significant debt already.

Of the usual suspects, Google are the obvious one really. Would make perfect sense for them.

Jack Dorsey is clearly behind Twitter - so this is their play.

Maybe one of the Chinese big boys might see Spotify as a way into the global market. Jack Ma is pretty smart!

I think Spotify would be an acquisition that Apple, Amazon and Facebook would be interested in. Apple would buy it just to close it and then push Apple Music (Apple have a history of purchasing things just so they can close them down), possibly the same’s true of Amazon. Spotify would be a coup for Zuckerberg, and he could integrate it into FB and Instagram to create even more data touchpoints to build advertising around. Google might be interested, there’s a good fit with YouTube and its own music streaming service hasn’t exactly set the world on fire. None of them would be good for artists, and FB and Google would be more interested in data and ads than music per se.

Spotify would be a coup for Zuckerberg, and he could integrate it into FB and Instagram to create even more data touchpoints to build advertising around.

Yes - I can absolutely see that. Would be mired up in anticompetitive enquiries for a good while though I’d have thought.

Google would have bigger anticompetitive issues though - YouTube being the principal problem for them.

Apple and Amazon would have the same anticompetitive issue - but even BIGGER.