This is generally not dependent on the electronics in the speaker, but the physical construction of the driver does have some influence. Dome tweeters have a rounder and wider dispersion field and as a consequence may sound smoother overall. Horns are more directional and can sound more energetic and outlined as a result.

No one’s mentioned the amp. And this also greatly affects positioning. It is not uncommon to find that a speaker that works good firing straight, needs toe-in to deliver a coherent image when driven by a less powerful amp, even at the same volume.

Speaker design certain plays the largest role. The better the off-axis response, the less toe-in generally. Though even that rule is flexible. You may find a more expansive soundstage is subjectively preferable to a smaller but more precisely defined one.

Yes. The physical construction of a driver will have an influence over the crossover regardless of the electronics within. Especially regarding it’s usable flat bandwidth.
The speakers i am currently using have - as with a few others - no crossover assembly as such, but uses a full bandwidth main driver with a tweeter.
I believe the only low bandwidth filter on the tweeter allows it to contribute without ever really drawing explicit attention to itself.

The way I adjust for toe-in is with an orchestral choral/solos piece, like Vivaldi’s Gloria. I tweak the toe-in for the best soundstage with full ensemble, and for chorus, and for soloists. Once I have it dialed in for that, it seems just about right for everything else.

It’s completely dependant on speakers and room, so it really has to be tuned by ear for each setup.

I would start with the toe-in recommended by your speaker manufacturer, then adjust slightly until you get a result that sounds fine to your ears. With my SCM40s they are to my ears very sensitive to this, more so than most of my previous speakers if memory serves me well. As others have said above, I think each speaker model is very different and responds differently to toe-in, distance from back and side walls and room acoustics and you can’t separate these. It took me some time to get my speakers into what to my ears is the sweet spot, so patience and perseverance can be needed.

A word of warning, be careful about who you talk about toe-in with. A racecar engineer or mechanic could talk more exhaustively about than the average hi-fi person.

A word of warning, be careful about who you talk about toe-in with. A racecar engineer or mechanic could talk more exhaustively about than the average hi-fi person.

I prefer 20 minutes of toe-in on my car

(providing you didn’t move your head),

This was a ‘changer’ for me. It began to bother me that the position of my head was affecting the music/soundstage to such a degree. So, I decided to simplify the interaction by moving my kit into our main living area, which has loads of incorrect sound issues. The result is certainly a compromise as the soundstage is less defined and not as deep, but we listen to a lot more music now, and my head placement is no longer an issue.
Funny ol’ hobby …

So does toe in smooth highs or accentuate them? I have read contrasting comments on this matter .

It is like milk on your Weetbix apply as suits!
But i would not eat Weetbix in a room with Glass down the sides without Toe in.

One of the easiest ways of getting the sound you want and at no cost is the position of LSs in the listening room. Seems obvious somehow.

As you say the physical construction makes a difference. There’s a difference in construction, certainly size, between the tweeter and the driver handling the (upper)mids, so the crossover will influence which frequencies have which dispersion.

With head position being such a problem, surely we should all be buying one of these for guaranteed listening pleasure: 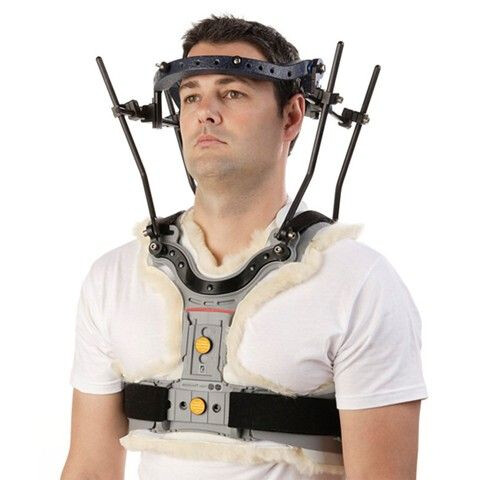 As you say the physical construction makes a difference. There’s a difference in construction, certainly size, between the tweeter and the driver handling the (upper)mids, so the crossover will influence which frequencies have which dispersion.

The crossover may influence how wide the dispersion at a certain frequency is, but not the direction. The original question was:

“So does toe in smooth highs or accentuate them?”

The heatmap shows that more toe in means more accentuated highs. It doesn’t really matter where the exact crossover point is, since all the high frequencies will be produced by the smallest driver / tweeter and that is (generally) the most directional one.

Pointing directly at the listener will maximise the highs. That doesn’t mean they are less smooth: smoothness implies evenness of response without significant peaks or troughs at different frequencies (particularly peaks). Smoothness depends on the speaker design including the various factors in its design affecting horizontal dispersion.

Smoothness at any position in the room also very much depends on reflections and cancellations from everything in the room, and the on axis response may be more or less smooth than slightly off axis, such as when not toed in.

“Brightness” on the other hand is more to do with the strength of the high frequencies, and if that is the issue they will be strongest on axis and generally speaking decreasing the further off access you are positioned, Highest frequency is wearing off more than lower ones the more you get. (Of course also influenced by ring reflections).

Pointing directly at the listener will maximise the highs. That doesn’t mean they are less smooth

I think it’s fair to say that in general, a more attenuated treble (off-axis) will sound smoother, since it will dampen the dynamic range and even out the variation in intensity.

But perhaps we are starting to split hairs here… as with many topics on these forums the end conclusion is: YMMV

OK, I just can’t let it go without adding this, it’s a balance of a number of factors
(at the end it also gets to one of my pet peeves about a lot of speakers and reviewers):

First as IB says, the more obvious effects for most tweeter designs

Toe in increases the smoothness of the HF response
The fall off of HF response with off axis angle is usually uneven to some degree, toe in reduces the audibility of this

Some tweeters are designed for an increasing output at extreme HF
Toe in with these tweeters can make them sound slightly brittle (IF your HF hearing’s good enough!)

Due the more ragged off axis HF response
Stereo imaging becomes most precise when toed in directly toward the listener and falls off away from this.

The degree of these effects are stronger for speakers that use narrow dispersion tweeters.

Toe in reduces the effect of first reflection from side walls.

Increased first reflection causes a stereo image artefact whereby sounds appear to come from positions outside the line between the two speakers. This is NOT good, this is a defect and an artefact and is associated with decreased sound quality. This effect is made much worse by wide dispersion tweeters.

This in my pet peeve with speakers having wide dispersion tweeters that are balanced for straight ahead positioning; they need massive amounts of acoustic treatment on the room to work properly; and yet this is a currently fashionable design principle among many speaker manufacturers and reviewers who tout this (artificially) ‘wide stereo image’ as a positive thing when it really isn’t.

The outside-the-speakers image depends, I think. Some recordings have this intrinsically and it’s my understanding that it can be created in the studio by clever phase shifting; there are even plugins for this in the common postprocessing tools. One example is the Roger Waters album that’s currently causing excitement in another thread. I have some others, and they exhibit the outside-of-speakers phenomenon with every speaker positioning and toe-in angle (and my room’s first reflections are very harmless due to the distances between speakers, walls, ceiling, and listening spot)

No idea what tweeters I have tbh but looking at the guides shared earlier, Kudos seem to recommend very little if any toe in.

It can’t be created without artefact - look up “Blumlein binaural sound” - this is how stereo sound works.

If you code it into the signal (e.g. by phase) then you also get other ‘ghost images’. Some people find these ghosts very disruptive; but then again some people don’t hear the ghosts at all, particularly after they’ve been told ‘what to expect to hear’!
This is also a very different thing from when speaker/room interactions create these artefacts when there is no intent to do so from the artist or sound engineer.

You’re also extremely fortunate to have a room large enough that the distance to the side walls is enough to give a first reflection path at least 10ms longer than the direct path and with a lot of attenuation, for most people’s systems first reflection is still a significant issue (even if they don’t actually realise that it is!).

So my point is that it’s important not to use a recording that is this way for speaker positioning. Many people are not aware that this exists. (You may fancy a visit in the Roger Waters thread to explain it to the people there who think that a dog barking far to the right proves that their system is superior

However, the recordings using that effect that I know have never produced discernable ghost images, but yes I am lucky with the side wall distances in the room.

So my point is that it’s important not to use a recording that is this way for speaker positioning. Many people are not aware this that this exists. (You may fancy a visit in the Roger Waters thread to explain it to the people there who think that a dog barking gar to the right prices that their system is superior

Sorry I misunderstood your purpose.
I TOTALLY agree with the above.