I’m currently running an SME 3009 S2 Improved tonearm on a Technics SP-10 MKII. Locally both an SME Series III and a Hadcock GH228 tonearms have become available at good prices - would anyone have experiance with these and could advise if either (or both?) would be a worthwhile upgrade over the 3009?

Sorry I can’t comment on those tone arms.
FYI my buddy runs a sp10 MK11 and he uses a 12 inch wond tone arm with a Hana ML and it’s jaw dropping fun. Really works so well on the sp10!

Part of it will depend on your cart. I think your current arm is medium effective mass, both that you’re considering are low effective mass. Can’t tell you which to go with between the two. Of course could also be cart dependent.

But make sure that whichever cart you’re using will indeed suit a low mass tonearm.

How do people assess tonearm and cartridge changes?

I’ve had my Tabriz tonearm and Chorus cartridge for c. 25 years, and any upgrade would be a total shot in the dark. I have looked at Roksan’s new arms, but suspect short of a complete TT upgrade, that I’d be better off having the Tabriz serviced, plus possibly the internal wiring updated.

Is it just a case of trying a new one and selling it on if it doesn’t suit? Dealers cannot loan them, can they?

I’ve had my Tabriz tonearm and Chorus cartridge for c. 25 years, and any upgrade would be a total shot in the dark.

I loved what the Zi upgrade kit did to my one-time Tabriz, if you have not yet gone that far.

I tried - the ZI upgrade kit NLA from Roksan when I enquired recently. I might keep an eye out on auction sites as most who have heard it share your views

I have always wondered how many people claim a tonearm to have been an upgrade only because it matched their cartridge better, not because it was a better arm. But how to determine the difference between two tonearms of the same eff. mass I don’t know, I guess as you suggest it’s just trying.

The 3 arms you mention - the SME 3009 S2 , the SME Series 111 and the Hadcock GH228 - are quite radically different in their design & construction. In fact, you have listed probably the 3 extremes.

The SME 3009 has knife-edge bearings, I believe, and is not suited to Moving Coil carts I think…? You don’t say what cart you currently have in it…?

The SME Series 111 I think has ball bearings, and can better live with an MC cart.

The Hadcock finally, is a Unipivot - like a Naim Aro.

It probably really depends on what cart you are planning on.
At present there are too many variables…

PS. All these arms are rather Vintage - so beware of potential problems due to their age.

I have experience of all three (OK, I have a Hadcock GH242 but it’s basically similar). I would forget the SME Series III straight away. It was an oddball, designed for very high compliance carts. I’ve never been very impressed with the performance of any of the Series IIIs I’ve tried. Avoid. The Hadcock though is much more interesting and can potentially sound excellent. Note that the GH228 has been in production in various guises since the stone age and there are a number of key differences. For modern carts you should probably stay away from the earlier alloy tube version unless sticking with fairly high compliance MMs. The later and more recent steel version would be my choice and this can even run with an MC if it’s not too heavy. Fiddly old things though, even the new ones!

As IanRobertM says above though, they’re all vintage so there could be all sorts of issues due to age, use, abuse. Perhaps look for something a bit more robust and a bit more modern?

I wouldn’t go for either myself, but if you can find a good one for the right price I recommend trying a fidelity research FR64 s or FX go great on the SP10 .

I have often seen SME 309 or SME IV on Technics turntables.
Like in that picture: 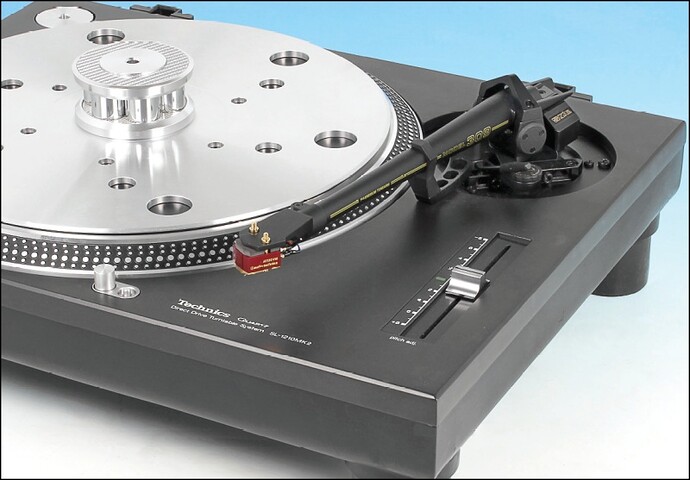 I’ve heard good things about the Wand tonearms, very tempted though a bit outside of my budget at the moment. And the Hana cartridges seem to be a natural partnership!

Thanks for your comments. I currently have a Shure V15 MKIII and a Stanton 681 EEE with Jico stylus, both of which work well on the 3009. However I’m also considering an overall upgrade path so if ultimately I have to change cartridges that’s not a problem.

I do understand and appreciate the comments about the synergy between arms and cartridges, so really what I was hoping to understand with my query was whether the options were better, or merely different and I get the feeling now there likely won’t be a major improvement.

@Christov - the FR64 is one I’d definitely try if one came along at a good price, they’re pretty rare this part of the world though.

It’s a surprising combo, Technics and SME but one you see not infrequently (didn’t Bob The Builder have a similar combo? )

If you tap SME arm/ Technics, you see a lot.
Even in the past, this combo was used. As in the pics. Maybe Richard had already heard that combo. 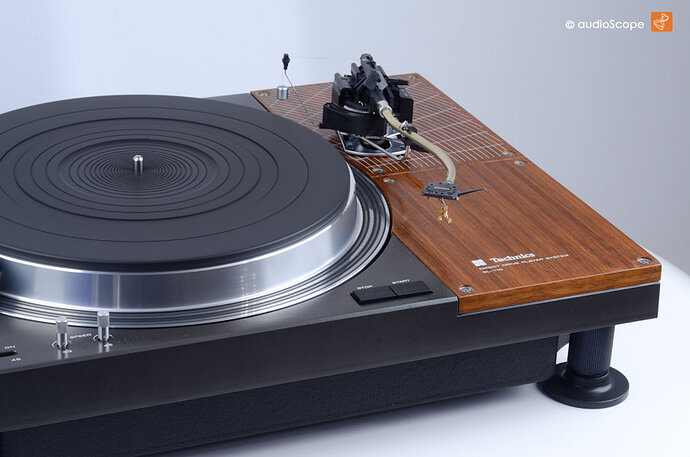 My Technics SL-150 Mk2 had an SME IIIS with it. It sounded much better with an alternative arm (Mission 774).

I currently have a Shure V15 MKIII and a Stanton 681 EEE with Jico stylus, both of which work well on the 3009

I would almost have put money on your cart being a Shure V15 Mk3 - or a Stanton 681EEE - !! So… basically you have a ‘vintage’ combination, which compliment each other. Both carts were well regarded in the day - and suit the SME 3009, I think…?

But - the SME 3009 does, I think, limit cart choice to these sort of high compliance ones. I think a SME Series 111 would be much more tolerant and permit lower compliance, moving coil carts to be deployed.

IMO, of the arms you mention, the SME Series 111 would be the most flexible and user friendly choice.

I disagree, the SME III was designed for very high compliance carts (more so even than the SII Improved), and is unsuitable for MCs.

It was designed in response to what SME saw as a move to ever higher compliance cartridges tracking at ever lower tracking weights. They were wrong though. Instead MC cartridges made a come-back .

Ooops… Apologies. I was thinking of the SME Series V - which does use Ball Bearings.

Having found a picture of a SME Series 111, I can see what you mean. 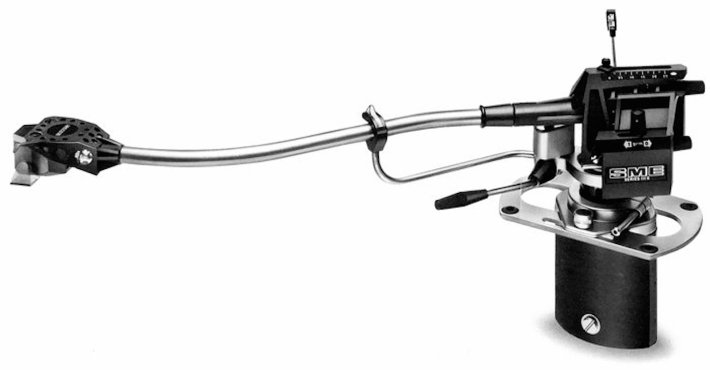 Interesting to see an Ortofon MC on that SME III. I can’t imagine it was a very good match, especially if an SME IIIS.