40 years ago, this was the Top 5 in the Top 40. I consider all of these songs classic singles.

It’s hard to think of a Top 5 better than this, and I would be interested if anyone could come up with anything as good as this Top 5. So I can act knowingly to my friend who sent this to me.

After 1982 the singles charts deteriorated. Whilst albums released in 1989 were just as good as in 1982, the charts by that time were mainly awful.

In April 1964, a relatively unknown group from Liverpool, England had all the top 5 US singles…

Yeah but you wouldn’t have signed them up, apparently not noteworthy.

Wonderful. I actually remember thinking that at the time. I have a vivid recollection of being on a school bus - the radio was always on - discussing with friends how incredible it was to have Malice/Golden Brown at no 1 and 2. I always thought The Stranglers deserved top spot with that track. Funnily enough, I don’t recall what was 3 to 5. Wow, what a strong chart that was. We were spoilt!

July 69. Not shabby either.

I didn’t realise at the time that Thunderclap Newman was created by Pete Townsend to “show off” The Whos chauffer Speedy Keen. Townsend produced and played the bass guitar on the single.

In The Summertime - Mungo Jerry

The Wonder of You - Elvis Presley

Up Around The Bend - Creedence Clearwater Revival

Not bad at all.

As you say, Not bad at all.

A few years back my late wife was going shopping and pick of the pops from 1972 was on R2 was on. At no 3 was All The Young Dudes by Mott, 2 the Jean J by Bowie, Margaret was fascinated to find out what kept those of No 1, imagine the disillusionment - I wanna be your long haired lover by Little JO!

That is a great 5

I remember that so well I was waiting for my A level results and Mungo Jerry had played at the Hollywood festival (near Stoke, never heard of since) 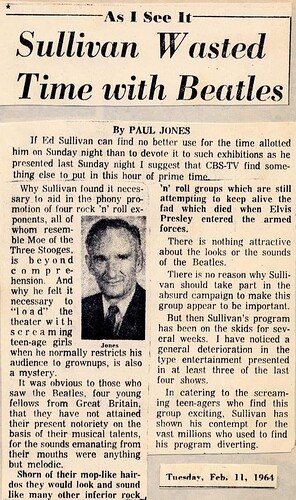 How wrong can you be. What a…

What a fun guy he would have been bet his kids would have left home as soon as possible. What a boring old fart.

I Did What I Did For Maria - Tony Christie.

I’m Gonna Run Away From You - Tami Lynn.

Yes, that just goes to show the charts for what they were (maybe still are?) - an indication of that week’s most purchased, which doesn’t necessarily have anything whatsoever to do with musical quality or artistic merit…

I have and still play from time to time 2 from your first list, enjoyed but didn’t buy another, don’t recall the other two but one was probably listenable, though I doubt the other. Your second list none. Funnily enough almist identical observations to your first list apply to @Collywobbles one from ‘69!