Injuries, seasons ruined, 100,000s of pounds worth of damage to bikes…

I can’t believe what I just saw. I hope whoever it was has been arrested. 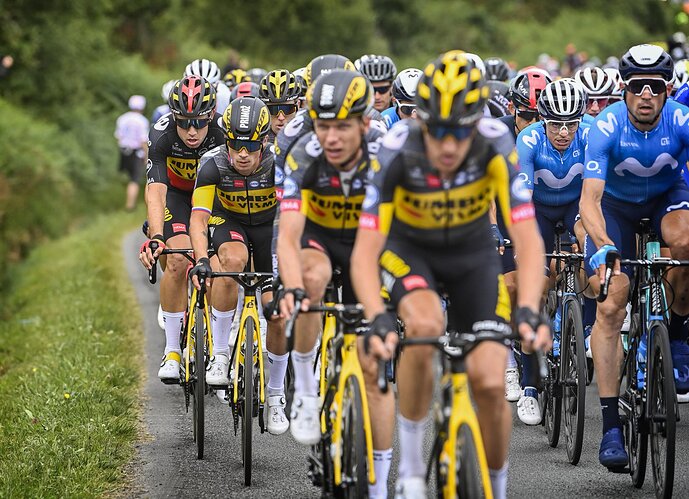 @JumboVismaRoad
🇫🇷 #TDF2021 According to the circumstances, all of our riders seem to be okay after the massive and despicable crash. Thanks for all the encouraging messages and for the peloton to slow down.

What an eventful race, sadly for the wrong reasons. Hope there is some good news to come on the condition of the riders.

I wonder what happens to people who do that. Are they arrested and need to pay the damage?

Doubt it… what offence, apart from being a total tw^t. She couldn’t afford what all those bikes cost.
10k for a Team carbon bike, times 20 odd.

Yep, stupid and crazy but only a matter of time. It gets worse every year.

I can’t believe she was actually posing for the camera bike when you see the slomo.

Any of you good folk got a fantasy team on the go? Would have been good to set up a Naim league, not sure we can do it now the event has started??

Just finished watching a recording of the tour and the two crashes were horrendous. The first was avoidable and the young person sending the message to the grandparents has made a mistake that should haunt them for quite a long time. I imagine the grandparents are not at all pleased at the moment.

Anyway it was a nice breakaway and great to see a first year rider Ide Schelling get to wear a jersey on day one. Also a great win for Julian Alaphilippe and look forward to the next 20 stages…

Stage two (will not be starting)
Marc Soler (Esp) Movistar, DNS due to crash on stage one

GENERAL CLASSIFICATION AFTER STAGE ONE

France24 is reporting that the woman will be sued: 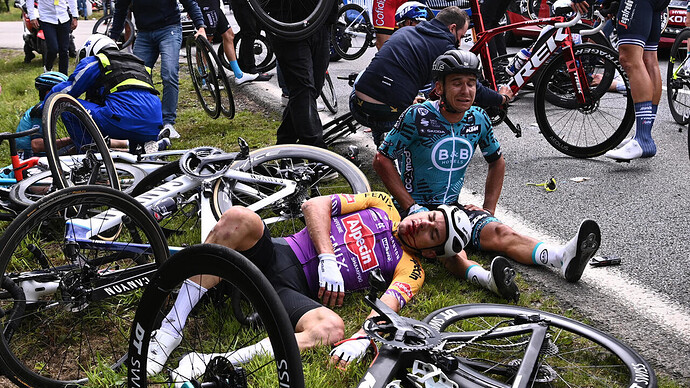 Spectator to be sued after Tour de France crash - France 24

Spectator to be sued after Tour de France crash

They need to find her first: 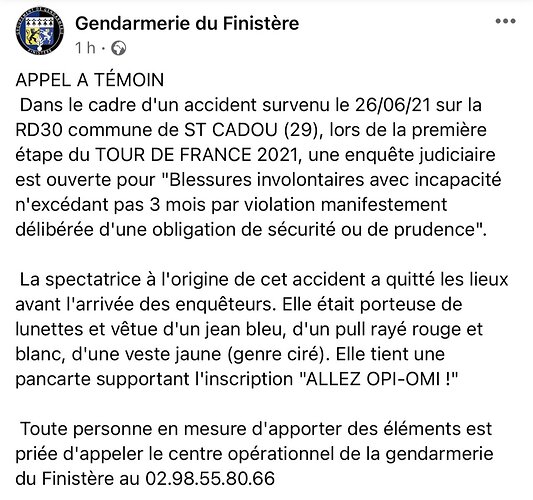 I only had French language classes for one year, when I was about 11 as we switched to German for some long forgotten reason, but I can understand the gist of that. With plenty of cameras at the accident scene, I am sure it won’t be long before she is found once a few images get posted in the press and on social media.

I know each race covers a massive geographical area so stewarding the crowd everywhere is nigh on impossible, but the organisers need to do more to ensure the safety of the riders, as well as the spectators.

I know each race covers a massive geographical area so stewarding the crowd everywhere is nigh on impossible, but the organisers need to do more to ensure the safety of the riders, as well as the spectators.

Absolutely, goes to show how vulnerable the peloton is to the antics of a minority of idiots, however cycle road racing does have its dangers which also seem to be getting worse at time goes by and with speeds get faster perhaps. The placard girl caused the first pile-up, but oddly there were more injuries and abandonments caused in the second big peloton crash, which was a touch of wheels…

TBH i feel some pity for the culprit of first crash, although obviously very stupid to cause a crash of such magnitude but it’s doubtful this was her intention, and it looked like she could have sustained an injury with the impact. It seems she scarpered off after but could be injured and in shock what with the prospect of becoming infamous with the televised act of supreme daftness viewed by millions around the world.

Agreed on both points. The Peloton is a bit like a shoal of fish but without the water space between them for protection - the group instinct to move collectively is spectacular to watch but very high risk. The margin for errors are very small. Let’s hope the next stage goes well without incident.

I too feel just a tad sorry for her. We’ve all done stupid things but thankfully they haven’t had an audience that large. But like all accidents there’s a cause and her stupidity was the cause.

Hopefully this will give a lot of the idiots that line the route something to think about. I’ve been watching it live on tv for a few years now and some of the behaviour of the crowd is just plan dangerous and dumb. It’s a miracle it doesn’t happen more often.

I think it is astonishing tat so many people can get so close to riders fizzing along throughout the Tour and yet so few calamities like that happen. It is the motorbikes and support vehicles that really scare me though.

Bad day for Ineos. The perennially unlucky Ritchie Porte down some minutes and Geoghan-Hart even further back. Looks like their hydra headed team for GC has rather fewer options now