I’d also like to thank @Debs , I’ve often dropped off to sleep (it usually finishes around 1.30am here) and missed the end of a stage but know I can check the results as soon as I wake. Cheers.

One last remaining mountain point awaits to be won on the short but sweet 4th category climb, and 3rd place Giulia Ciccone will be wanting to lift his score from the equal 61 point status with Tadej Pogačar. 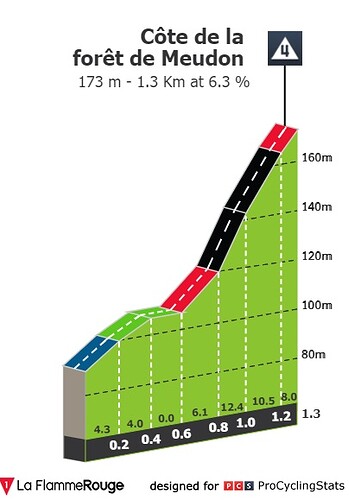 It would be nice to see Caleb Ewan win the finish sprint today, he’s had a real struggle to get thus far, and is currently holding la lanterne rouge.

My issue with recent Tour parcours is that winner is generally the best climber. This excludes all-rounders as well as Rouleurs and also means that the KOM Jersey is often won by the GC winner.

Another thank you to Debs. Much appreciated. Watching the Paris stage now on a beautiful hot day. I will miss the race and this thread. Cheers until next year.

Jus watching this come in to Paris and I get the full nostalgia hit. I have been lucky enough to work twice in Paris, 3 months and 6 months on different occasions. I miss it ( and my youth). Great Tour this year.

The Tour de France was generally won in the nineties by doing two long-time trials and defending your lead in the mountains, and it was a dull affair.

Today the stages are a lot more varied. The problem for all-rounders like Wout van Aert to win the tour is that the contenders are getting super light. Podgacar is around 65 kg and Vingegaard 60kg. Previous winners like Merckx, Hinault and Armstrong were around 72kg, and Indurain was probably the same weight as Van Aert. The advantage is approximately 4 watts per kg up a 7% gradient, so it’s a huge advantage.

Interestingly Indurain would gain a 2-3min advantage in a Time Trial; however, there was not much difference in the TT time of Van Aert from the Top 3 in GC.

Still got La Vuelta to go.

The Tour de France was generally won in the nineties by doing EPO, testosterone and blood doping

And today’s riders are not using drugs? Just different ones to the nineties.

According to David Millar, EPO has a 10% advantage, so instead of producing 400 Watts at Functional Threshold (1 Hour max pace), they could do 440 Watts. A huge advantage. Yet the racing is faster? This article is too afraid to mention the D word. 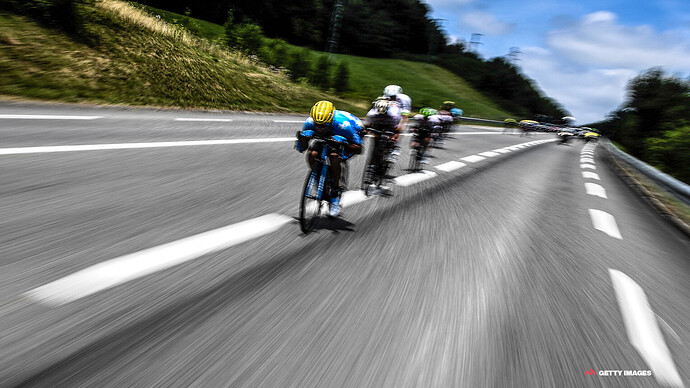 Why has WorldTour racing gotten so fast? An investigation - CyclingTips

Racing now is faster than ever. So how does a cleaner peloton outperform the dark days of the 90s?

As Johny Schleck (father to Andy and Frank) said when he was racing ‘No drugs, No Paris’.

A fantastic tour! Thanks @Debs for your thread start and maintenance…

Although not much of a bike rider, I do love the sport and the pure endurance of pain to compete. Not talking about the crashes just the constant effort to complete each stage and then complete 21 stages of the tour. Already looking forward to next year!

A very enjoyable Tour this year with a course that frequently pushed the riders to the limits of their abilities, and their competitiveness.

Once again, the Grey Jersey (well… t-shirt) goes to @Debs for all the daily work over the past 3 weeks to keep us informed and updated.

For me, Thomas’ 3rd place is just as impressive as his tour win, especially since he has been prone to crashes since winning the tour.

It will be interesting to see what Pidcock can do going forwards after getting a Grand Tour in his legs.

It will be interesting to see what Pidcock can do going forwards after getting a Grand Tour in his legs.

I meant a proper tour

Joking aside, thanks for the correction.

Thank you Debs. Been so useful. Watched a few stages on ITV4 but hate the ads

Oh, the Vuelta seems to almost pass my house 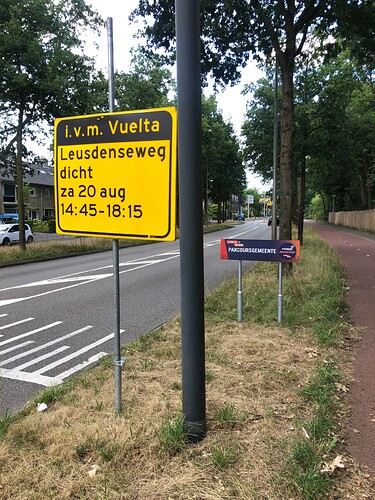 Oh, the Vuelta seems to almost pass my house

Did the Vuelta start in Holland a few years ago as well?

It’s obviously a crazy world Australia competes in the Eurovision.