At least the Technics SP10 comes with a plinth (AFAIK…?).

The SP10 Mk2 was just a motor unit with off board power supply. You could specify an SH-10B3 Obsidian plinth to house it, which could also accommodate the matching Technics EPA-100 Tonearm, in which case it all became what Technics called an SL-1000. 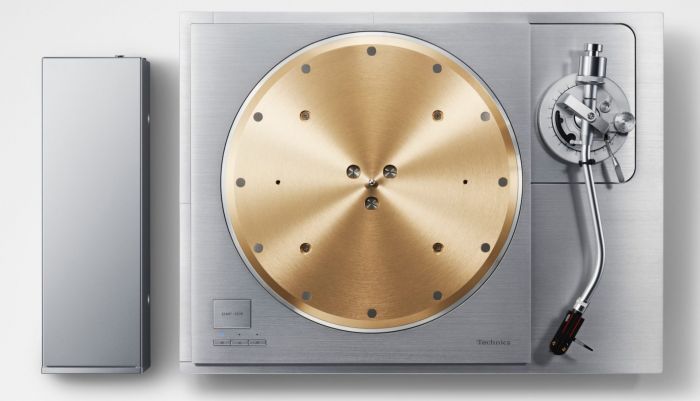 A friend of mine had one in the late 1970s and early 1980s. We spent many happy hours listening to his large vinyl collection, which he has to this day. It must be worth a fortune! He replaced the standard fit tonearm with an SME3009, fitted with a JVC quad cartridge, which he used in tandem with a JVC CD-4 disc demodulator. He owned a JVC four channel amp with which he used Tannoy Cheviots on the front and Wharefdale Unit 5 kits on the back. Happy memories of those days, listening to his Quadradisc pressings of Jackson Browne’s ‘Late For The Sky’ and Frank Zappa’s ‘Apostrophe’. The wind sounds at the start of the Zappa album did indeed circumnavigate the room! When the JVC amplifier died and parts were no longer available, he ditched the Transcriptors for a Rega Planar 3, which he said sounded better. In those days, the system sounded good to my ears, although at the time I owned a Goldring G101. Knowing the penchant of the membership here for retro hi-fi, I wonder how the G101 would stack up against my current LP12/Armageddon/ARO/Troika

I am… just about… prepared to admit…

That I had one of those, before getting my Rega Planar 2…

I had one - but with the “springy” legs which made it look a bit like a grasshopper, and an SME 3009 arm - same as yours… I’ll see if I can find an old photograph. This was in the mid-70s if I remember correctly.
I was very stupid in those days - still am - and I sold it for next to nothing. I then bought a Thorens with a Mayware Formula IV arm, and a Grado cartridge.
I’m not sure how good it really was, but I would certainly buy one again, if only for old times’ sake…

I was referring to the original SL-1000. This image comes courtesy of vinylengine. 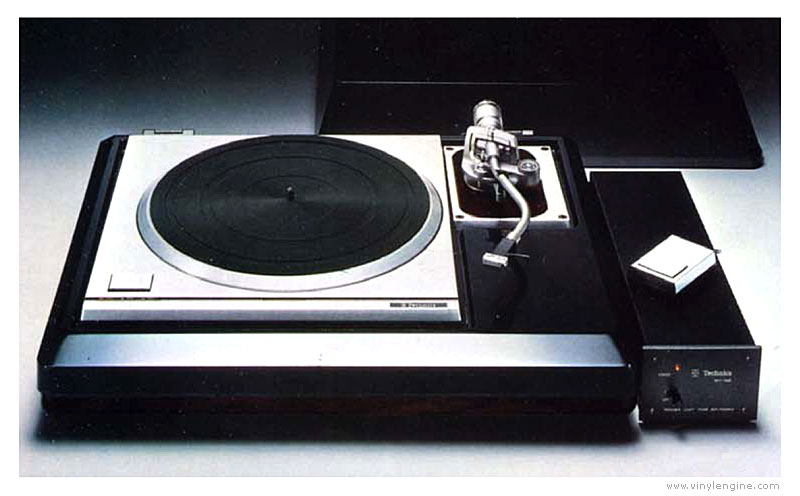 But not at a silly price…

It’s the new one, not the vintage. The one you posted is 20 k . But nice indeed.

There is a 2nd hand HiFi shop in Crouch End, North London (not sure if I’m allowed to name them) who’s website features many of these old classic turntables for sale, currently including two Transcriptors decks.
I’ve no experience of the dealer myself, but I’ve watched their website stock listings for a few years now.
They will apparently demonstrate any of their gear…could be interesting to some? 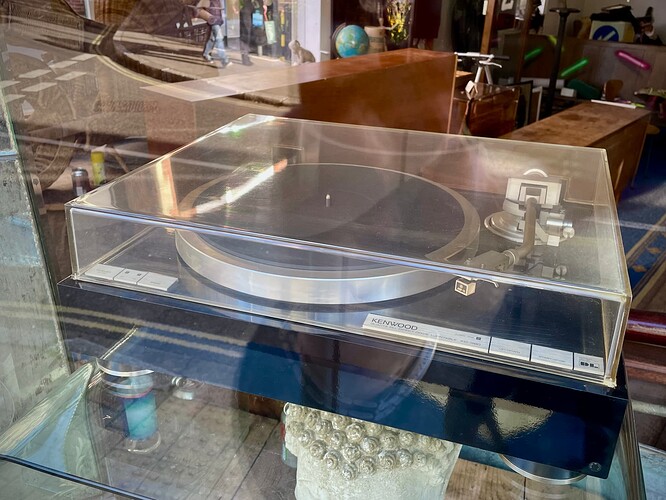 Here’s what replaced the Transcriptors.

Whether the Transcriptor can hold its own against a Sondek is up for debate, but as a “Thing of Beauty” it ranks alongside the Lecson amp & tuner.

If I were to be allowed, I would be first in line on the auction sites!!

Pompey, near my gf.

The one on London Rd? That’s one had a nDAC V1 in, a couple of years ago.

Castle Rd, Southsea. But if you see a pair of bronze Quad ESL57s before I do, please give me first dibs

I saw this in a high class junk shop last weekend. Anybody got one?

I bought one in the mid 70s immediately after seeing it in the film “Clockwork Orange”. I got mine with the matching Transcriptors 9" Fluid arm (which did come with a very effective lowering/lifting device by the way) and a Shure V15/III cartridge (later replaced by the much better Sonus Blue). The main alternative deck at the time was the Thorens 125, but the looks of the Transcriptors turntable completely won me over.

As Richard has stated above, it used a trough of silicon fluid and a paddle for fine control of speed, and a strobe effect on a plastic flywheel to provide an indication of when you had set it to the correct speed. There was also a silicon bath in the Fluid arm unipivot chamber to damp the tone arm, which was very tricky indeed to set up perfectly.

The deck actually sounded pretty good, but one drawback was that the gorgeous golden weights on top of the platter did not really provide enough support for LPs (unlike the Gyrodek which has the weights attached to the underside of its platter), although they did look wonderful when the platter was spinning. A couple of companies offered glass platters to sit on top of the weights, and I found that they definitely provided a slight uplift to the sound of the deck.

Although the deck sounded great in its day, would still sound pretty good nowadays, and was a match for any of its then major rivals, I don’t think that it would quite match the modern day turntables you mention like the Gyrodek or Linn Majik, or the Rega 8. I currently have a Michell Orbe turntable, but I really do wish I had held onto my Hydraulic Reference turntable for use in my second system. I had planned to renovate mine (which hadn’t been used for a number of years) but unfortunately damaged the incredibly fine wiring in the tonearm whilst trying to remove the cartridge head shell.

I didn’t feel up to the task of rewiring the arm, and so sold the deck to a dealer some 6 years ago. I do regret not keeping it. It was a gorgeous bit of kit!

Thank you, good to read of your experience, and your thinking as to how it would stand up today by modern standards.

I’ve just been checking various sources - very few of the Transriptors shown have the kind of legs mine had. Most seem to rest on three pods, probably with a spring inside. I haven’t been able to find a photograph of mine yet (still trying!), does anyone know a bit more about those legs? Could it have been an early version?