Last Saturday I had the pleasure of seeing and hearing Darkside The Pink Floyd show at Wells Cathedral as part of the Festival of the Moon season.

We (wife and friends) really enjoyed it, but it got me wondering what the point of a trubute band is, what is the motivation.

I was trying to get my head round whether they try to present PF as they might be when playing live or do they play around with the presentation and improvise a bit. They certainly had all the kit and two fantastic backing singers.

This was the first tribute style band I have seen, but have been aware of a couple of others that do Elton John and Erasure, and have heard them, but not enjoyed it so much that I’d want to go and see them (espcially as both originals tour regularly).

Finally are there any TBs that members feel are worth seeking out?

If you’re a Floyd fan, then ‘The Australian Pink Floyd’ is the DEFINITIVE tribute act - so much so that Roger Waters hired them himself for a do! And they are simply fabulous.

Yes. and tickets to see those live are almost as expensive as the would be real thing.
We have a local PF tribute band that only costs £12 in a little venue - but still do the business and then some

Agreed, but if you close your eyes you really can’t tell that they’re not the real thing, and the stage show is spectacular. Their overheads must be enormous

They really should have the guitarist and bass player glare at each other during the set.

I’ve seen them in the pouring rain at a festival, they were superb, I love the music, so hearing it live is always great (unless the band isn’t good).
On the original point, I never wanted to see a tribute band as I was a bit prejudiced against them, until in the late ‘80s the Bootleg Beatles played a festival I was at, and I was too lazy to head back to my tent. I loved every moment of the set, it was some of my most loved music played live. Sure it wasn’t “authentic” Beatles, but I love the songs, and I love music played live, so I realised that I really enjoyed hearing bands doing a good job of playing other artists’ music.
In my more pretentious moments I wonder if we’re seeing classic rock becoming akin to classical music, where the songs/albums are so meaningful to people that we’ll go to hear them live and enjoy the songs qua songs.

Funnily, the same night as we saw Darkside, friends offered us tickets to the Australian PF in Bath as they couldn’t go.

My favourite tribute act is ‘Earth, Wind and For Hire’

Also like Hindley Street Country Club that are on YouTube for the variety of artists they copy.

The Illegal Eagles are just like the real thing

I think good tribute band play a fantastic role on giving us live music from bands no longer in existence, or no longer gigging, or only gigging at ridiculously large and expensive venues. Good ones beat hifi by providing the live music atmosphere, and scale that few people can achieve at home. Not the real thing, but a good second best.

Until they disbanded a year ago there used to be an excellent local PF tribute band called Pigs on the Wing, who I saw many times, over a decade or so covering virtually all PF’s output. No big lightshow, and intimate small venues, but otherwise it was pretty close to my memory of the band themselves.

I saw The Australian Pink Floyd and thought they were pretty junk. Never got the laid-back feeling right, nor the delayed guitar intro Gilmour does.

They just need to reform and stop being selfish children.

Not my experience - but my ears etc

Livewire are a great AC/DC tribute act. They have a Bon and a Brian (but no Axl) and do two sets with both vocalists for the encores. The Angus is great.

If you get the chance they are a great night out.

Worst tribute band I’ve seen was a three man Queen tribute. I can’t remember the name but the gig had an interval and most people stayed in the venue bar for the second half of the gig !

For the Fabs, it really has to be… 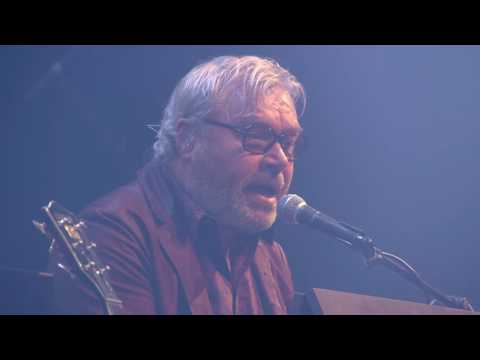 it got me wondering what the point of a trubute band is, what is the motivation.

I’d have thought that was obvious - it gives us punters the chance to see bands we like performing live, even if it’s not quite the real thing. I’ve never seen Thin Lizzy live but have seen a couple of tribute acts and they were great. Probably not as good as the original could be but as the main man is gone and I never saw them anyway I have no frame of reference other than ‘is this a good show?’ They are, without doubt. Same goes for the Bowie tribute, the Floyd tribute and presumably others that I’ve seen. There’s no conceit that you’re seeing the original, but as the great bands don’t tour and most don’t even exist now there’s nothing wrong with a replacement.

I’d like to have seen some of the great classical composers, but a performance at a good concert venue keeps the music alive.

Not forgetting those bands who have turned into tribute bands of themselves, unfortunately.