Me so envious. I took my Goldring-rebuild to my Linn dealer, who was still awaiting the right length screws from Linn when the c-word struck. It’ll be a while before we can get to his place (about an hour’s drive from here).

What right length screws?
Are there are special kinds?

The ones my dealer had were too long for Troika/Ekos. Apparently, this can cause unwanted resonance.

to update – and because re-reading my post above it sounds like i’m damning with faint praise – i really am living that hoariest of hifi clichés: hearing an amazing amount of new details, nuances, textures, etc, in familiar records. it’s also opened up after about 5 hours’ use and is now sounding bolder and punchier.

i’m wondering if my Dynavector is knackered, if a rebuilt Troika is a mega-bargain, or both!

@kuma – do you have any tips on keeping the cartridge wires at bay? they’re pretty close to fouling on the record surface in my current configuration. i’m tracking the Troika at 1.63 grams (no particular reason there; rather, I got the counterweight into the zone and figured i’d quit while i was ahead) and can’t quite get the azimuth perfect: the weight is hard against the side of the bearing housing, but i still can’t quite get the spirit level dead-center when it’s placed on the top of the arm cup (while the needle is on the record surface).

despite these limitations, things are sounding awesome Chez Sweet Bippy!

The ones my dealer had were too long for Troika/Ekos. Apparently, this can cause unwanted resonance.

Not familiar with EKOS tone arm, but I bet the third one on the back is the shortest one as it can interfere with the wiring. ARO originally included two longer screws specifically for Troika. 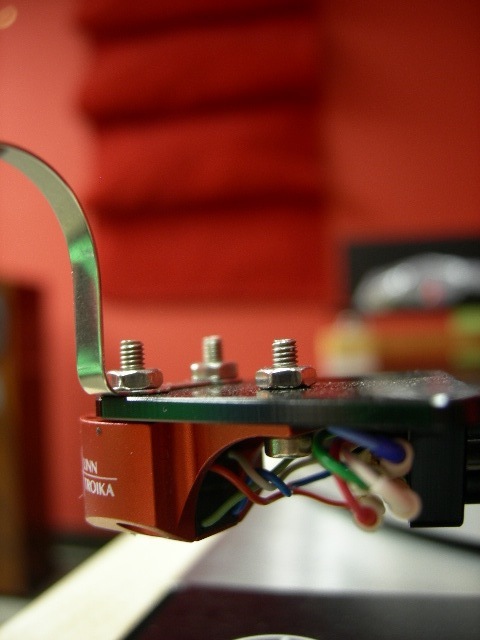 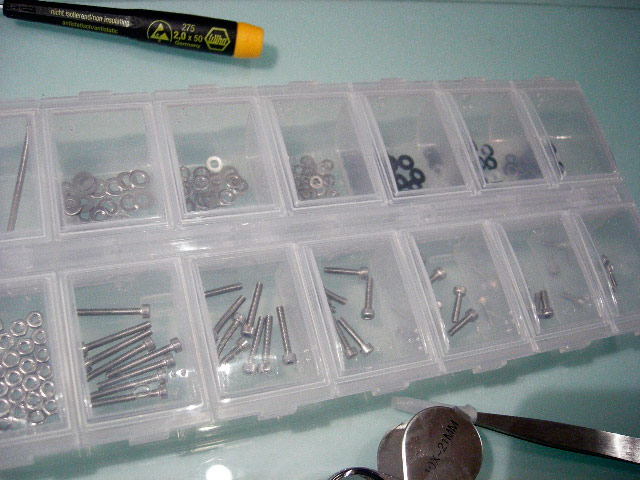 hearing an amazing amount of new details, nuances, textures, etc, in familiar records. it’s also opened up after about 5 hours’ use and is now sounding bolder and punchier.

Tho, I have not heard the original Troika in prime condition, I don’t think that the original elliptical stylus equipped troika was resolving or dynamic as Goldring rebuilt Troika with Vital profile stylus. I find it much more colourful than Dyna 20X.

Cable dressing is a PITA with ARO, indeed. Making matters worse I think that the new wires Goldring put in are slightly thicker than the original wires. I just pushed them back one wire at a time and put them in place. There isn’t much room inside the ARO headshell. At this point I am not worried about separating wires. ( impossible! ) I could have twist twos and tuck them in but I have not bothered with it. You kind of have to form a hairpin curve inside the headshell so that the weight of the wires distribute more evenly. I certainly can’t dress well as my dealer who’s been at it for 40 years. 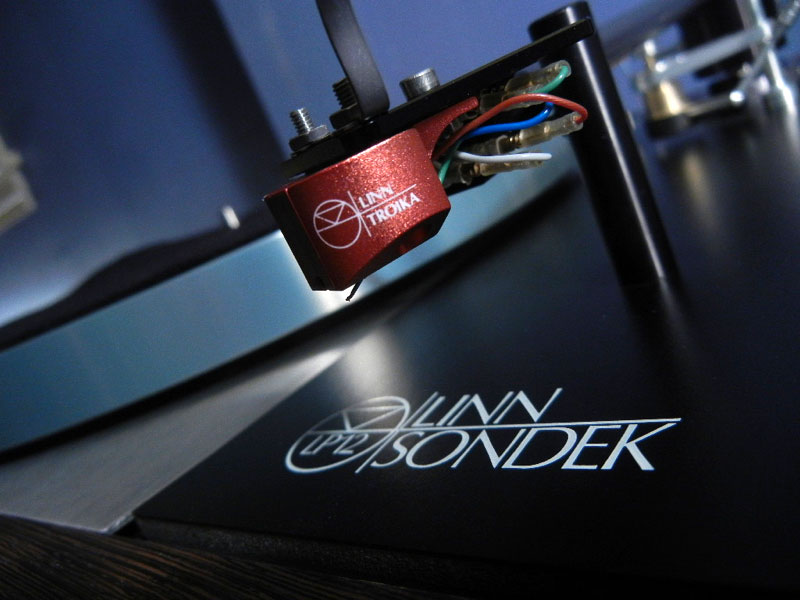 troika-aro800×600 68.6 KB
For me, azimuth worked out better for me. ( btw, I don’t use an azimuth weight )
I have used a dab of BluTack on the bar if necessary. Or I have seen someone put it inside an arm cup. ( more discreet )

Your VTF is a touch lighter than mine. I track it around 1.75g and bias weight is at 1.75 ( 2 notches from the right. When I used a Dynavector cartridge bias weight at 2g always sounded the best.

I’m pleased this thread has been revived, it was started before I joined. It also gives me great encouragement as I also had my Troika rebuilt by Goldring and I’m currently awaiting it’s return from my Linn LP12 upgrade. The turntable is a pre-circus model I’ve owned since new and has sat unplayed for 20 years since my then 15 year old son tried scratching on it and bent the cantilever.

I also recently contacted Goldring again. I picked up another Troika from my dealer last summer.

I see that now the pricing went up 50£ from last year.

Kuma, My Linn is a old one so not even corner bracing. So old that the service stickers on the inside are in Latin.

It has a Mk1 Ekos (made in Scotland) which has made the new arm lead slightly problematic as the mini-DIN plug is a smidge too big and involved soldering the old pins back in. Sorted now.
It’s had a Kore, top plate, Majik power, Circus bearing & inner platter & Trampoline.
I didn’t want yet another box in the rack, so I had it returned back to stock from it’s Pink Link state. Goldring were very good, but I think their capacity is quite limited. The cart was away for 3 months.

I still have my FrankenLinn deck with fluted plinth old enough to have a kick stand hole.
It had a Basik PS/Basik Arm and K9 cartridge. 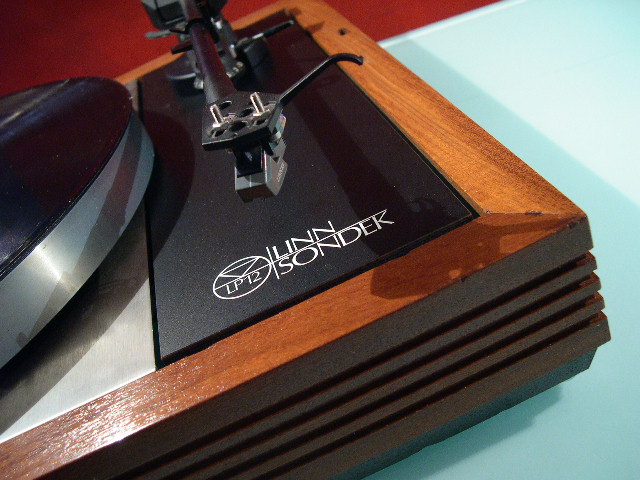 It was slowly updated
Slowly upgraded over the years and now fitted with ARO and Troika. I think the only original part is the arm board and sub chassis. 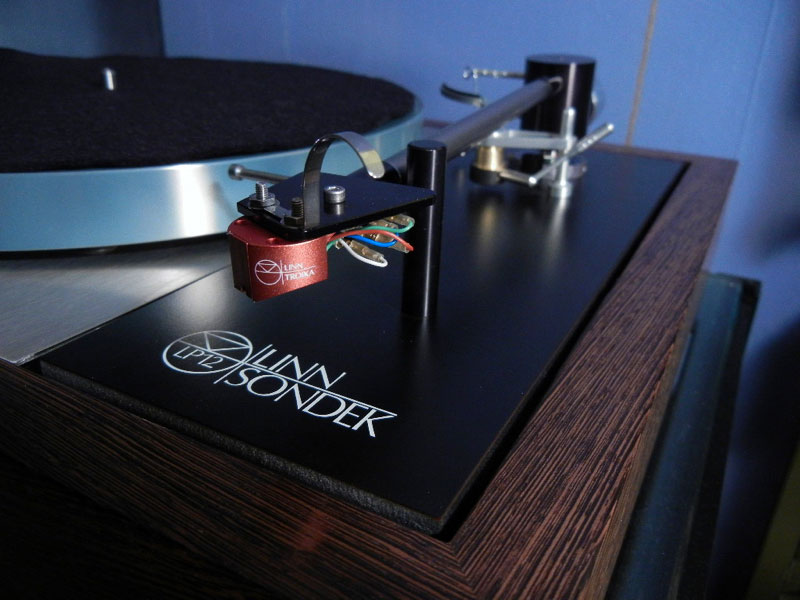 3 months for a turn around time is a quite a lot longer than last year. Many must have found out the best kept secret. I have not heard back from them on my enquiry from a few weeks back tho the factory might have closed due to Covit19.

I sent in my Troika at the beginning of December for initial assessment. They won’t undertake the re-build if the think it’s hopeless. Once we’d agreed the price and a deposit taken, it wasn’t until March I finally received it back after the balancing payment. I think that there’s only one guy there that actually does the re-builds so it’s never going to be quick however I was warned of that right at the beginning.

Just got my rebuilt LP12 Troika back this afternoon. The first track sounds fantastic and I know it’ll get better as it all settles in. Really pleased.

Happy memories for me seeing that. There really isn’t a better looking cartridge IMHO.

ah… so that’s what Troika looks on an EKOS!
Gorgeous.

A nice choice of vinyl, too. 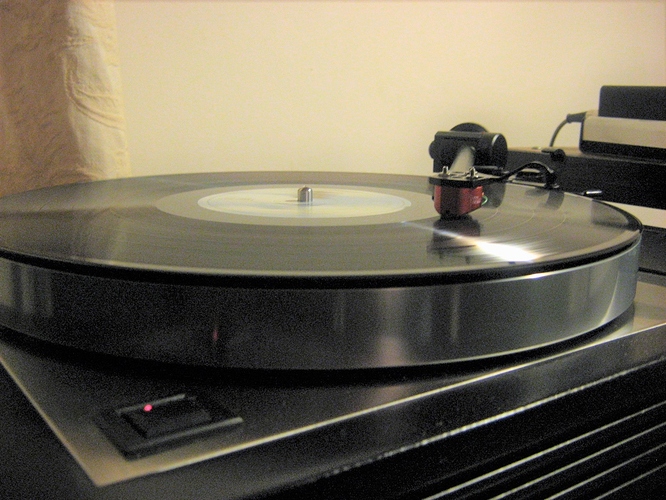 No, there’s no better looking cartridge. Here’s my retipped one on yet another Ekos. Sounds excellent …

Great topic. I still have one of the last ones in an Aro. It will need a rebuild I know, but am worried about it changing.

I have mentioned this before and probably based partly on nostalgia, but Naim missed the ball here stopping the Aro. A reissue would sell like hell IMO

Excellent post! Reading it inspired me to send my old Troika to Goldring for servicing. It also made me go through all the carts I have had in my system(s) over the years and the only 2 that I have loved were (my first love) Linn Karma and the Linn Troika. My original Karma was refurbished by another firm last year but it did not at all sound like before! I have also been though Arkiv (did not like), Arkiv B (impressed me), Akiva (impressed me even more) and now Kandid (sounds fantistic!). I also have a Dynavector XV-1t (close to love and deeply impressed in an ARO/SL/HC) and some EMTs (for my EMT 997 arm in Thorens TD124). The Troika will go to to the Second Home System with Ittok lv2.

Nope. I wish I could demo one, tho.

Your VTF is a touch lighter than mine. I track it around 1.75g and bias weight is at 1.75 ( 2 notches from the right. When I used a Dynavector cartridge bias weight at 2g always sounded the best.

Unfortunately, my time with the Troika may be over. Yesterday, I bumped up the tracking weight and bias weight, per @kuma, and got the various setup parameters pretty much dead-on. The first record I played sounded great, the next one developed some distortion on vocals, and in general things started sounding weird.

This afternoon, I put on a record I played a lot using my previous Dynavector (“Texas Sun” by Khruangbin and Leon Bridges – highly recommended!), and at the first sign of serious bass, the Troika skipped halfway across the record. Bummer.

As you can see in the photo below, the cantilever is seriously deflected to the left (in a head-on view). Am I correct that it’s a lost cause? 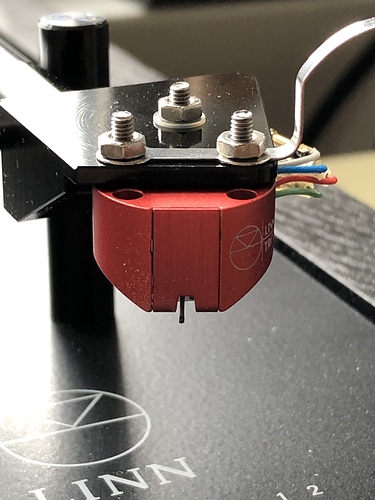