I’ve recently sold my speakers, so my system was sitting disused for about a month or so. I took this opportunity to upgrade connectors on my interconnects and speaker cables.

Now with new speakers on home demo and upgraded cables set up, I am no longer getting a signal from my left channel.

Initially I had thought it was a cable issue from my NAC 552 power supply to NAP 135 monoblocks- this is the 4 pin Din to XLR (unbalanced) L/R cables. Now having tested two different cables I have determined it’s not this cable.

Reading previous posts I believe @Dunc had a similar problem which @Richard.Dane advised may have been a relay problem but the post didn’t update with the final outcome.

I am hoping somebody could chime in with any feedback please.

Did you get the DIN-XLRs the right way around? Green band for Left (CH1) and Red band for Right (CH2). Get them the wrong way around and you’ll only get one channel.

What happens if you press the mono button on the 552 ?

Yes, I have checked this over and over again. It is set up exactly as per this diagram, the connection arrangement is the same into the nap 135 monoblocks. 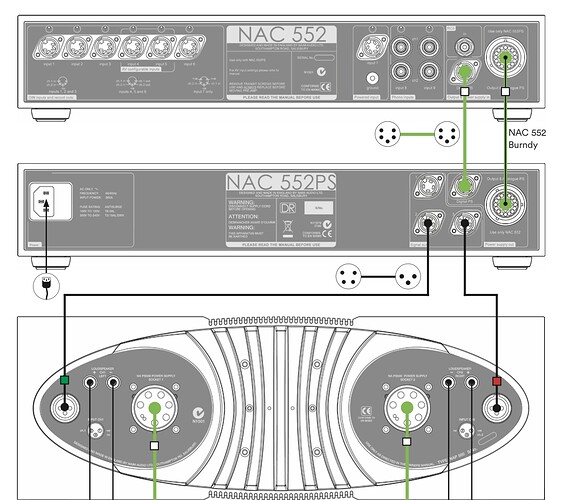 I’ll test that now. I get a very faint buzzing noise in the left channel which has no signal but the speaker equivalent of white noise is only audible in the right channel.

If you get sound in both channels when mono is selected then it’s either a 552 problem or an issue towards the source end. If it’s still the same then it sounds like you may have a connection issue on one of the DIN4 - XLR cables. Usually if you get these the wrong way around you get no sound at all. As you seem to have only one channel working then check out the green banded cable.

Pressing mono does nothing. I still get signal in only the right channel. I do not have a source connected- after I was only getting music from one channel I disconnected the source to eliminate it is a potential faulty component.

The left and right cables are connected correctly. I have checked this numerous times and with two sets of cables.

Can you post a pic of the back of the 135s with the cables connected as you’ve got a choice of ch1 and ch2 socket on each ?

Try swapping them over.

I’ve tried the working channel (right) into both monoblocks and they work fine. Left channel is dead. Tested with two cables. My Gothic Audio silver cables which are built exactly to Naim Spec. - which were the ones I was using prior to this fault. And also the stock Naim cables 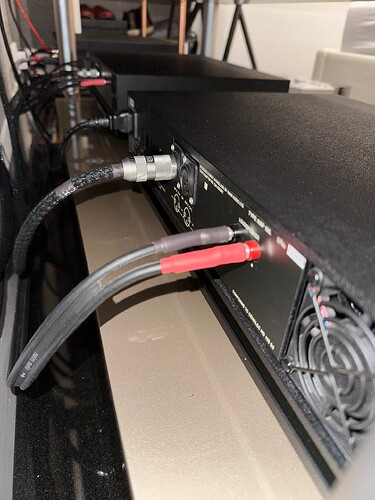 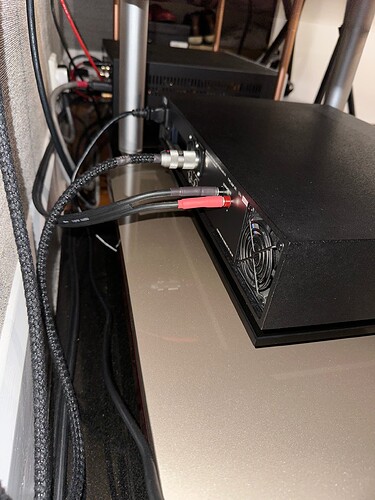 If you’ve checked the Burndy between 552 and the PS is seated ok, then it sounds like the 552 could be the issue. I’d try with the source connected and mono engaged just to be sure.

Yes, disconnected the Burndy and re connected a few times. Unplugged everything and re plugged. No point connecting source again as I’ve already done the troubleshoot for that and I wasn’t getting music from the left channel. In this case the white noise without any source connected is sufficient in detecting if one or both channels are receiving a signal

It does seem like it needs to go back to Salisbury. Bummer. It’s my first Naim fault in over 6 years of ownership so can’t be too upset, these things can happen. Funny thing is in the past, every time I’ve had a left or right channel issue or no signal whatsoever, it’s always been user error. I was convinced I was doing something wrong. I guess I was also hoping and praying I was doing something wrong.

It’s a shame Naim don’t allow for me to hand deliver the units to Naim. It would speed up the whole process.

Naim used to allow customers to drop off units for repair. I did so once, a long time ago, and had the great pleasure of meeting the legendary Sheila, who used to be in charge of the Service Department. I bought a couple of boxes and packaging while I was there.

I think that, as Naim grew bigger, it became more difficult to cope with customers turning up at the Factory without notice, so the current system was introduced, in which all service requirements need to be handled by dealers.

Just seen this.
Mine was a sticking / faulty relay after service.
Had to go back to be sorted.
Mine did unstick itself once, but after turning it off, it had stuck again, and this time, it didn’t sort itself.

Off to watch the darts and questions i will reply once i can.
Cheers dunc