As confusing an issue it is, I am still determined to finding the most satisfying power distribution ”system” I am able to find, for my music system. Among changes done to the hifi over the years, this is by quite some margin the most confusing one. The context is 202, 200dr, Hicap dr, napsc, nd5xs, naim interconnects, nacA5 and Spendor D9. Room treatment is on order and I have some issues with echoes and base modes. Powercables are PL on streamer and napsc. Neotech nep-3200 on 200 and nep-3003 on Hicap. Distribution block is musicline netzleiste.

Tried and disgarded blocks are furutech tp60 with furutech purple mainscabling (don´t know the name, it´s about 900£). Sound was cleaner and more detailed but with less body and fluidity (less musically satisfying) than the above. Tried moving the different power cords around with different results every time, but never as a whole, better than the above. Then tried wireworld Matrix 2. To make a long story shorter. Same as earlier, best results achieved with my setup including the simpler netzleiste.

Anyone else experienced the same? Less music but ”cleaner” when trying allegedly ”better” components, especially when it comes to the mains cables. I used to have one more powerline but thought music became to ”rounded”. The combination neotech and pl has the right amount of detail and warmth (musical) for my liking.

All the best and happy easter!

I have not tried various distribution blocks for a few years, but my experience when I lived abroad and used a German system was not good so when I came back to the uk I made a visit to Naim where it was suggested that an old fashioned hydra system might work best at my price point. If I recall I bought it online see below …

The HYDRA Power Cord: I decided to replace the 5 power cords and a power strip with a single power cord that could feed the 5 different power supplies on my lab bench (a high voltage, a DC variable, a DC fixed (from a computer ATX power supply), a... 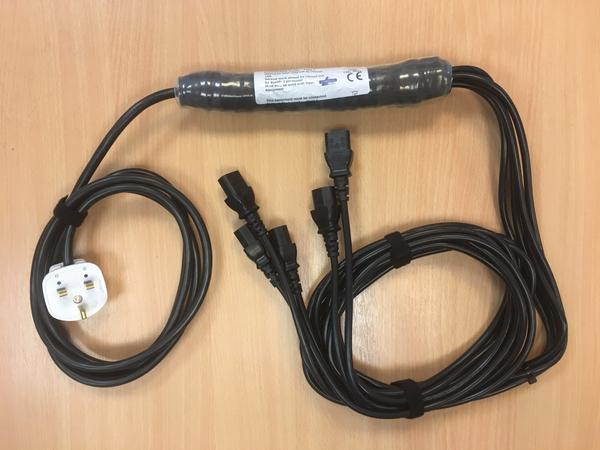 These mains distribution leads are specifically designed for Naim electronics to continue the 'star' earthing route that they are designed around.

Good luck with your search

Had a similar result with a Music works ultra, probably a G2, I don’t think it wasn’t the most recent. I’m still on my home made block on which I have a very definite preference for a certain plug order. My second system just uses a cheapo 6 way block from a UK DIY store with a French plug on the end so I don’t have to change the plugs on all the boxes, I still have a preference for the same order. My third system is Rega and doesn’t seem to care except if I use a Naim sourced cable, it sounds rubbish in that case, particularly on the DAC.

There is a very extensive thread already running on this subject…

I saw that one, however it derailed into something quite different.

Ansuz is pretty nice; not cheap (but what is).

Switched back to PL and bog standard naim. Haven’t really had time to listen. But the short listen I did made me think this might be the best solution. I have PL on sourcre in first outlet on netzleiste second is dedicated my riaa, fourth napsc original cable, fifth Hicap original, sixth nap PL.

Hi,
assuming that you are looking for something with Schuko outlets, the Wireworld Matrix (which I haven’t tried myself) usually gets a good feedback here. Otherwise I know and like the Vovox Textura and both Igels from Music Line.

Thank you, tried the Matrix, didn’t work out. Back to musicline netzleiste which worls the best so far, in my config, and to my ears. And you are correct, it’s schuko I’m looking for

I wouldn’t bother. Best value for money is to split the incoming mains to the house then wire in a garage consumer unit. Take a feed off this with as many u switched double sockets as you need for your hifi

Try Russ Andrews. Plenty of scope and price points and a 3 month home trial-money back offer. What have you got to lose?

Try Russ Andrews. Plenty of scope and price points and a 3 month home trial-money back offer. What have you got to lose?

Only after the main feed is separated.

@Lucifer OK. That’s good. In that case any distribution strip that is unswitched no lights and star earthed. If you can get one where you can replace the inlet cable. Place a powerline there.

Don’t get so carried away over star earth with power dist boards. The importance of star earth is with the -ve signal ground in the analogue signal circuit, its maybe better called star signal ground.
No harm in having a star (correctly called radial) earth on the mains, I have it on my own (DIY) power board, but with most Naim boxes its just connected to the case & is a safety connection.

Like the netzleiste then. Except there is no iec as on the wireworld or the furutech which also are starearthed, if I remember correctly. I find both the wireworld and the furutech to take some life out of the music, even with a powerline connected to the strips. I’ll try different combinations when I return home.