Tv licensing and other scams

I just received an email telling me my tv license had been cancelled. As suspected, once I checked original license number and account number, I realised it was a scam. They also use your email address, not name/surname as contact.
Please be on the guard for such scams and others.

I had the same last year. It was months before it was due to be renewed.

The latest phishing email was supposedly reporting an Apple logon with my ID from the US West Coast time zone (PD). As I have 2 factor authentication it had to be wrong. One can always go to Settings | Apple ID and check the list of devices! Phew!

I try to use 2 factor authentication for critical things if possible. Banks also seem to like touch identification, which I guess is ok.

I got one earlier in the year from the DVLA or someone purporting to be them, saying my recent road tax payment had not gone through and could I log onto this site etc etc.

Well just so happens I had recently renewed my road tax and I guess someone could have determined that from seeing my car reg.

First thought process mechanism is if they want something from me they, the DVLA, usually write. Secondly, a quick on the DVLA website and it showed my car tax was up to date.

Damn clever these scammers and you gotta think they probably do catch quite a few people out.

Yes, I have had that too.

What is a “TV license?” That’s a term unfamiliar to me, here in the States.

Bart, here in the UK every household pays a license to watch TV or any type of broadcasting. 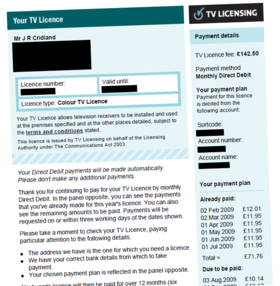 Television licensing in the United Kingdom

In the United Kingdom and the Crown dependencies, any household watching or recording live television transmissions as they are being broadcast (terrestrial, satellite, cable, or Internet) is required to hold a television licence. Businesses, hospitals, schools and a range of other organisations are also required to hold television licences to watch and record live TV broadcasts. The licence, originally a radio licence, was first introduced by the Wireless Telegraphy Act 1923 in November of th...

In the UK it is a requirement that you have a TV licence in order to receive broadcast television, whether received by UHF (in Ye Olden Dayes), satellite or internet. The cost is around £150 per annum. The revenue raised basically funds the BBC.

And I had the same email scam only two weeks ago. Although I have a good idea when the new licence is due, I still felt the need to go and look at it…just in case!

We had a similar system in New Zealand, It was abandoned in the late 1960’s I think due to most people choosing not to pay for it. There were even vans driving around with fake receiver antennae on the roof supposedly detecting TVs at households that hadn’t paid the license fee.

We had a similar system in New Zealand, It was abandoned in the late 1960’s I think due to most people choosing not to pay for it. There were even vans driving around with fake receiver antennae on the roof supposedly detecting TVs at households that hadn’t paid the license fee.

Makes our licence fee sound like the world’s best ever scam!

Here in the States, cable/fibre subscribers pay a variety of taxes and fees on top of the service fee. Who knows what they all are?!?!?! I’d rather pay one fee, once a year, and be done with it. (No such taxes or fees if one only receives broadcast tv.) 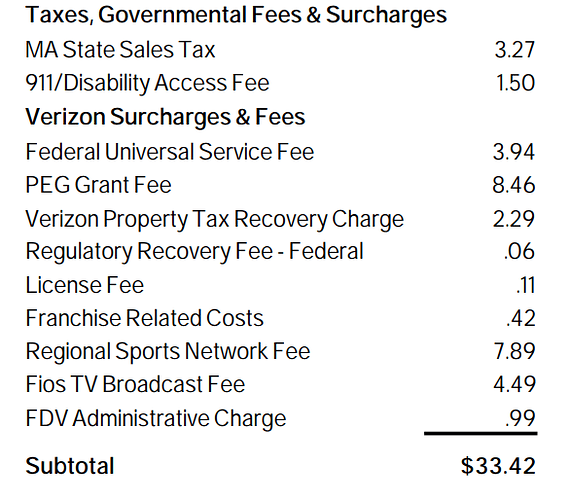