Is it correct to put two functioning switches on top of each other? Does it disturb or interfere with music and data traffic?

I’m sure someone will tell you that they’ll sound better un stacked but more of a practical concern is heat dissipation as most domestic switches don’t have forced ventilation (fans). Some of these switches run quite warm so if you are going to stack them, ensure there is an adequate gap between them to allow enough ventilation. If in doubt, don’t stack.

As James mentions heat is an issue with switches an the ciscos can generate a lot.

The 24 port has fan cooling. Great in a comms room not so good in the living room.

The 24 port has fan cooling. Great in a comms room not so good in the living room.

Yes I know that, I’m just asking the question why the need for two switches.

But sorry eh … They are made to be stacked on top of each other. One I dedicate to the musical part (10/100) and the other to the part of the PC L, photo 3 various. Now I have ordered an equal one all gigabite, new new and I am waiting. 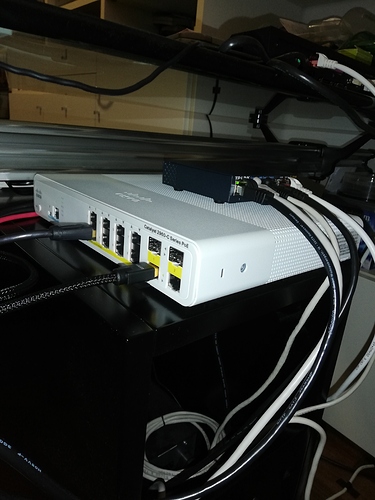 I suspected as much, there is no need to separate the LAN feeds…
The data streams don’t affect or interfere with each other.

But to answer your question, switches are commonly stacked in larger installations. 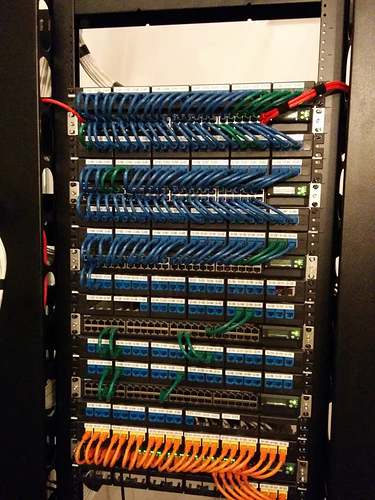 It looks to me like you have plenty of spare ports on the Cisco switch, so I would just use those. You can eliminate the other switch, along with it’s potentially noisy power supply.
When switches are stacked, they are mounted in racks with space around them so that air can circulate, and often kept inside ventilated/cooled cabinets to prevent overheating, although I don’t think too many domestic installations need that!

I am listening, soon my comments

I state that until this morning I had used the TP-Link in the picture and it seemed to me already good, it is gigabite … On the newcomer Cisco Poe used I connected to the Unitiserve cable only for now. The Unitiserve I listened to it little because I was not satisfied, perhaps the old direct connection to the modem did not privilege it, just I did not use it because it was not involving. Now it sounds better and I already like it. Both swicht are in the studio next to the modem and so far away from where the ND5xs2 is. I believe that if stacked they cannot create interference on the ND5xs2 which is even in another room! (I’m thinking in fact to wire in the wall a cable directed towards the studio in a few months …). Yesterday I bought a new Cisco all 8-port gigabite (I’m a precision freak and everything works fine!) Just to put the PC, the apple airport extreme, the printers and more. For now the Apple Airport Extreme is still connected to the modem, maybe I will connect it to port no. 2 dual of the Cisco which is a gigabite but I believe that listening to the ND5xs2 in WiFi will not change anything compared to now!
Now I’m waiting for the new Cisco 2960 … Then I’ll bring a wired ethernet cable into the wall towards the Cisco … And then Nait XS2 … ALWAYS if I don’t do it before this change of integrated amplifier!

Cisco next to the modem 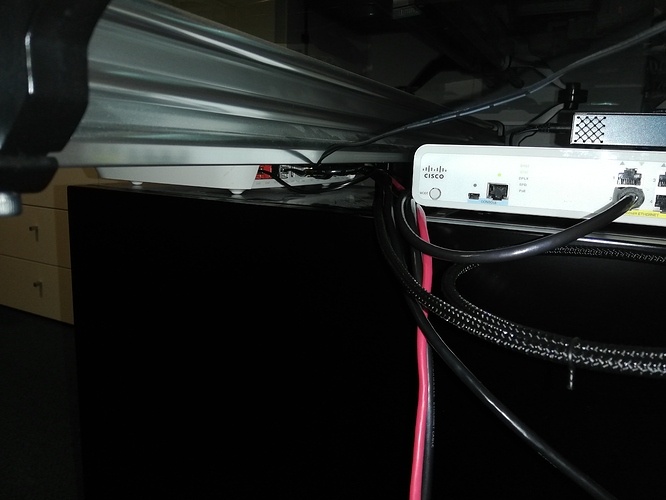