I continue to have issues with my new Uniti Core not displaying songs in some of my albums and Naim support are poor in responding so I am hopeful someone in the forum may be able to assist. Refer UnitiCore indexing 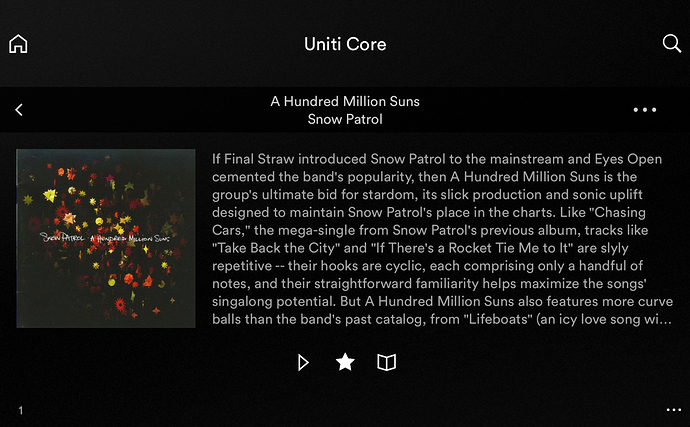 (2) All files were imported using the Naim app and are in wav format. I have erased all music on my Uniti Core and imported again and experienced the same issue.
(3)All albums are in the MQ album folder, including the 776 with missing information
(4) For the 776 music folders the following non-wav album folders are included:

One solution would be to re-rip the 776 cds, but this is a big job and would seem unnecessary if the album folder and wav folder exists on Uniti Core - just not displayed in the index.

Before undertaking this task, I would like to see if there is an alternative. Please advise.

Hi, hopefully @ davidhendon will notice this thread and may have a few suggestions?

I have noticed this thread and indeed I was a major participant in the earlier one. If the Unitiserve and Core are both still in the OP’s possession and he is importing from the Unitiserve, then it should work fine. If the US has been sold on and the import is from a backup then it’s less clear in my mind, but as the Core has put the import into the right folders then the indexing should all be fine.

As I said before, a possible fix would be to get the Unitiserve to transcode everything to FLAC and then do the import again. But that does leave the user with FLAC on the Core and there is no facility to allow transcoding on the fly at present.

I would be inclined to advise the OP to chase Naim Support again. Them not responding to problems raised by new customers is simply not good enough.

I forget whether I advised the OP to do this before, but doing a Core index rebuild via the option in the Naim app is also well worth a try.

Hi David and Gazza - Many thanks for your responses, the unit is brand new.My preference is not to mess with the files by converting to FLAC. Debatably, I don’t want there to be any thought it might impact on sound quality.

I will have the retailer chase Naim support.

It’s not an issue with too little space on the hard drive is it.? You have still got plenty of room left…