Minor bit of misbehaviour from the app playing the last couple of songs on a Moloko album this evening…
Second to last track is only 21 secs long. It got to the end of that track and started on the last one, but the play screen got stuck on the previous track. The progress bar was at the end but the play time continued to rise - see the picture below. No real inconvenience, but unusual. Anyone else seen something like this? 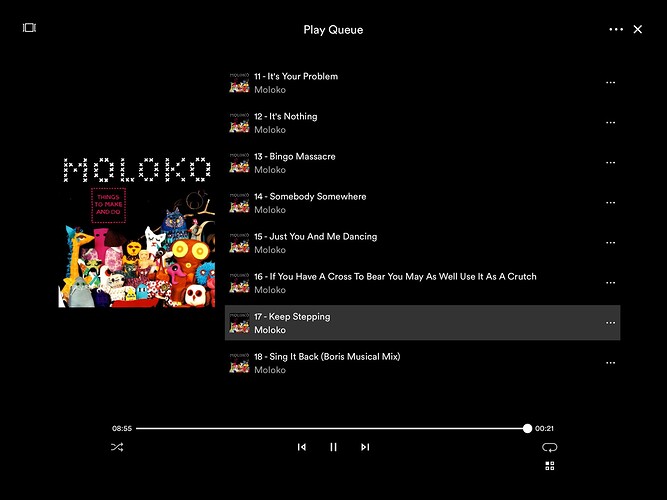 Have you tried shutting down the app and restarting it.

Worked fine on the next album, and I went back and replayed those two songs and it was fine. Something obviously got it in a bit of a twist but now it’s back to normal.