UPGRADES IN 2019 - my thoughts your views

1: LP12, my preffered source following some major work in 2018 ran out of cash! so either the Tiger Paw Javelin or Ekos SE arm -

might need to look at FRAIM and increase shelf so 252 has space or move the LP12 onto Wall shelf, but not sure my walls will hold deck

one question, will have a spare HCDR, question - sell or use HCDR to power stageline or let 252 do this with SC, thoughts ?

@anon23139555, thanks but the stageline has been in the system for a number of years and certainly punches well for the £££ use S with a DV20X

You’ve got lots of ideas (as do we all), but you need to sort the wheat from the chaff with a good listen. I have no idea where you are located, but Cymbiosis just outside Leicester can demo the differences between the 282 and 252 as well as the LP12 in a variety of configurations, including with TP. They also sell Kudos, so if you really love those speakers you can do all your auditioning with them.

will talk to Peter soon 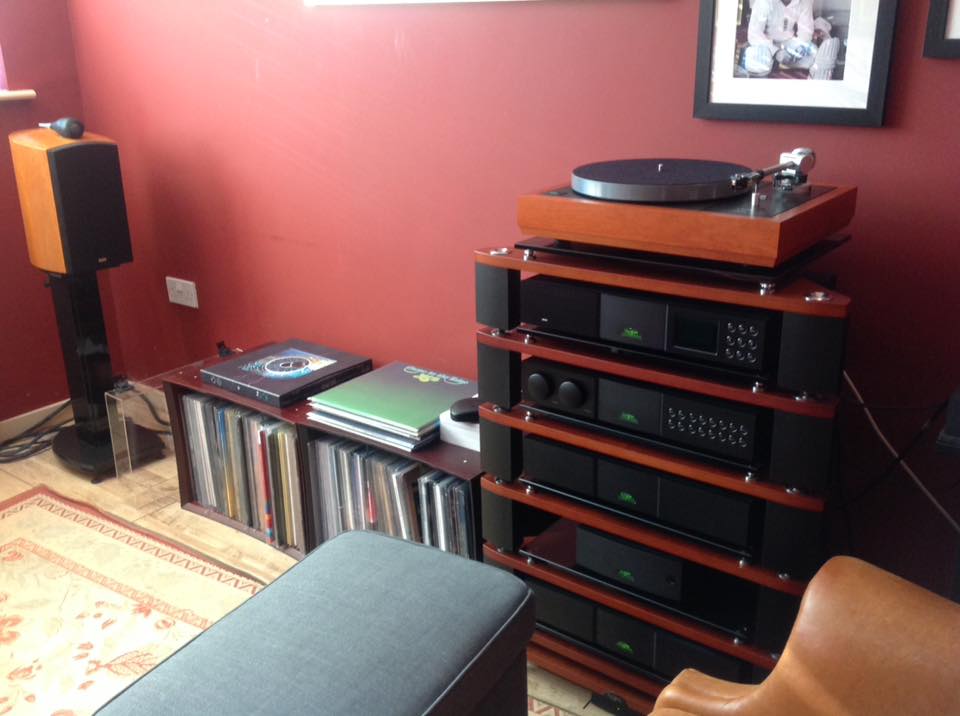 speakers are 12 ft from lisening postion, 15ft by 12ft or close too

Absolutely. I know “source first” - although I don’t necessarily hold with it - would suggest 252 in the first instance but as PB says the 505 over the S20s (an excellent speaker in their own right) was just a night and day change.

Not sure if you have posted about your T505 demo or I missed it. Anyway, are you able to summarise what the 505s delivered above and beyond the S20s, or simply what stood out for you with the 505s?

Also have you made a decision yet about the 505s?

Not sure if you have posted about your T505 demo or I missed it. Anyway, are you able to summarise what the 505s delivered above and beyond the S20s, or simply what stood out for you with the 505s?

Also have you made a decision yet about the 505s

Nigel hi. No I didn’t post about them because I was actually demming the NDX2 which I decided against. It was just the that 505s were available so they were switched in. More of everything, resolution, more organic, bass response and joyous treble.

Yes I’ve decided - that I can’t afford them!

PS: Are you going to Bristol?

Yes, I am going to the Show on Saturday. You?

Yes, I am going to the Show on Saturday. You

Just installed used SC from my dealer, uplift in music was straight from the off, more focus esp on volcals and bass, looking forward to the SC getting even more run in

Other benefits was move of HCDR straight on to solely powering the stageline rather than through 282, also purchased Naim pre Fix for LP12 so that too powered by HCDR

Ordered 252 which hope will arrive in a couple of weeks that’s me done on electronics 252,SC, 300DR, will look at DR on SC in due course

Will report when 252 arrives, but can’t thank enough the team @Cymbiosis great dealer, advise and service

having had the SC in the system since the weekend now, the up lift on the 282 is quite staggering to be honest, - more detail and focus on the music - it’s almost richer and deaper with even more detail

dealer called I could collect the 252 on 29th March, only ordered on 18th - pretty impressive service
can’t collect this weekend, so will collect on 6th April