US mass shootings - Tragedy after tragedy

How much longer before the US congress can make the law to prevent mass shootings? What obstacles that stand in the way of the US taking the major changes to firearm policy? Does the current POTUS have the guts to override the NRA?

In answer to question 3: No. Nor does any POTUS, or most of the spineless Congress.

…and in answer to the second question: the only obstacle is the desire of politicians (Presidents both past and present included) to be re-elected.

This issue, possibly more than any other, is the one where the rest of the world and the USA* find it hardest to understand each other. The issue of gun control is so deeply emotionally and historically embedded in the psyche of so many in the country that, astonishingly to the rest of the world, no amount of murdered people will make any difference to it.

Every reputable poll (i.e., not any promulgated by the NRA or Fox) shows that a large majority of Americans believe in some forms of gun control. For example, very few people believe there is any right whatsoever to bear arms that should be only in the hands of the military. Those voices are not outnumbered by the gun rights lobby; they cannot match the money or the political clout of the NRA, which owns politicians from both major parties - but especially the current incarnation of the Republicans.

No one is safe from guns in this country, from Abraham Lincoln to JFK to Robert Kennedy…

Every politician in the US is responsible, they’re all scared of the NRA. They should hang their heads in shame. 8,752 gun deaths in the US already this year.

For all the nastiness and intolerance, the USA errs on the side of freedom. That is what we love about living here.

There may be the stray gun control law. But don’t count on anything major.

In today’s political climate, there will not be any assault weapons ban nor any new background checks of consequence. The Democrats use it to raise money but they got crushed in the election the last time the proposed it, and they all remember that time.

Around here is it open carry. You pass the background check to buy a gun, and you can put it in your pocket and go. In the wake of this weekend, expect to see more of that.

I wonder what freedom means to you and to the American people ?

and whats the meaning of - err on the side of freedom ??

it sounds so condescending.

Does err on the side of freedom give you the right to shoot people ?

Poverty of thought…on the side of the politicians and the citizens as well who do not want to change this deadly status quo.

There are no excuses - IMO

Thats a stat that should stir some action.

For a country that prides itself on being - developed.

For a country that appears to value its freedom very much - questions need to be asked - does freedom not come with responsibility ??

Or maybe they like preaching responsibility to others huh ??

This is why i keep post-poning my visit to USA - for business and for some personal time.

I prefer visiting a country where i am safe in the super market or just out and about.

I know there are others like me - who think the same way too.

You may be right.

I am just looking at what the facts are.

If there is anti gun legislation in the US, in an election environment, this year or next, I would be very surprised.

Americans love freedom. What they hate is debatable. But what we love is clear. Our guns are here to stay.

Come see us. You will enjoy it.

See, so the answer is more guns. Sorry I do understand things are different in the US and I respect that, but there must come a time when it will need to change. Having kids learn what to do in the event of an active shooter in schools should be enough to send shivers through any parent.

Meet a woman who was from a county called Kennesaw in Georgia where it’s law to own a gun, she had problems convincing her parents that she feel safer here where there’s no guns (or not many and certainly no hand guns or assault weapons) than she felt at home.

And this is a concern rather than a criticism, I love visiting the US and like most Americans I’ve meet.

These shootings are a feature, not a bug, for a small but significant portion of the US populace. So long as the “right people” are targeted, it’s considered a worthwhile sacrifice.

Well, we’re aiming to visit the NW States starting next week. We have friends here in BC with enough weapons to make the average UK armed response team look like under equipped amateurs.

I was well trained back in 1972, so should I take up my friend’s offer or take a chance to go unarmed ?

Our guns are here to stay.

In the wake of this weekend, expect to see more of that

@Skip, just a simple question to you - How would you feel if your wife, your sons, your daughters got shot and killed?

i believe guns and religion are best left at home…

I write so much here - un naturally so- for a guy who is so far away.

I like the USA lots and believe USA ( a saner version ) can be the leader for the world to achieve better, happier and greater things that humanity is meant for.

So long as the “right people” are targeted, it’s considered a worthwhile sacrifice.

Right! I completely agree with you!

I could not help but re-post a comment from someone from NYT today:

It will happen again. Soon. Thoughts and prayers posited by those who pray for the very destruction they decry. More children lying in their own pooled blood. No they say, no we can’t do anything. And the dead pile higher. The flames of hate rise up. And we, those watching, breathe in the ashes of the slaughtered, and let it go on and on.

My heart is tired. I’m just tired. Of watching a nation to full of possibilities, squander them. Unwilling to even protect the life of its babies. I’m taking my family home to Europe where there’s a hope of sanity still. The United States of America has devolved into something that frightens me. I’ve had enough. I’m fleeing before the evil here takes my family down. Good luck America, you desperately need it.

In the wake of this weekend, expect to see more of that.

I am shocked, I am scared, I am bewildered. How could we become so callous?

From a Swedish perspective,.this is very difficult to understand.

It was recently a Swedish TV-program about US weapons-policy,.It was scary to see.
They think that,.if more people have weapons,.the safer is the society.

•No guns,.No shootings.
When shall the US understand this.

We have no guns or shooting in the UK. 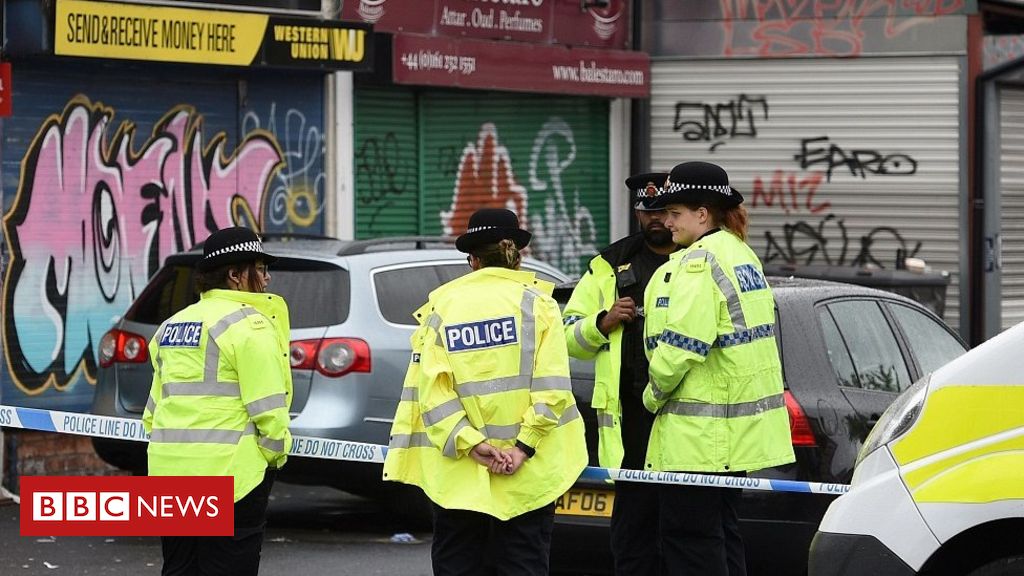 Twelve people, including a 12-year-old girl, were treated in hospital after the "dangerous attack".