I still have mine, I think from the time of a Pioneer PL12D. Strangely it seems to cause static on some discs, but not others. It took a bit of practice to get the drag over the label and lift, good enough that I never tried any others.

As regards wet cleaning, I do new and old, there seems to be an uplift with both. I will repeat wash if I feel necessary, maybe that comes from living with cats and in an area where motorway, railway and quarry seem give higher than normal dust levels.

Cleaning the stylus, there have been some negative reports about the gel type cleaners in other forums, I think after a review in a US magazine. I generally use the brush supplied by AT and have both Goldring and AT vibrators if my ears suggest something is not right.

Strangely it seems to cause static on some discs, but not others. It took a bit of practice to get the drag over the label and lift…

Same here. Bit of a knack. Can generate static - in which case, these days, I am likely to wet clean (using another vintage cleaner - a Watts Manual Parastat - with ‘blue’ cleaning fluid, co.o The Bay).

New - ? Does not compute here… Only old allowed…

For a quick clean of the stylus (fluff, etc) , the (upside down) Decca brush is good… For serious muck, its the AT 637. I also have a Discwasher SC2 stylus brush, but its not in use…

I wipe it on my jeans. Seems to work with no grease. (Jeans washed regularly!) 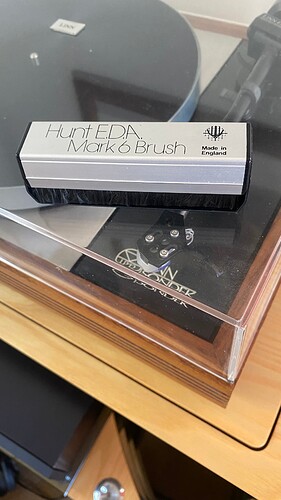 Cleaning the stylus, there have been some negative reports about the gel type cleaners in other forums, I think after a review in a US magazine. I generally use the brush supplied by AT and have both Goldring and AT vibrators if my ears suggest something is not right.

Can you remember what was said about the gel pads?

Two reports, one with pictures of a residue on the stylus. I read that on LP12 pages of another site.

The other anecdotal of someone taking their deck for a service because of mistracking, the stylus covered in a hard deposit, removed with “green paper”. 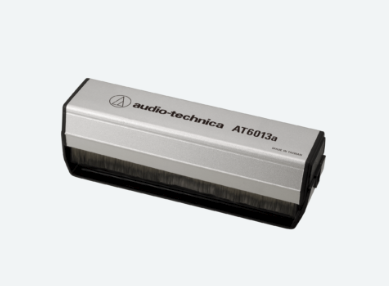 I started cleaning new for two reasons, static so strong I was cutting the paper liner open and the increasing number of discs with tiny bits of swarf on them.
I was surprised to hear a difference, most notable when I bought some of the Back To Black series of re-releases, discs that on first play felt bass light sounded much better after cleaning.

Levi’s used to recommend that customers never wash their jeans!

Their recommendation was to put them in a freezer for a day or two to kill off the bacteria that could make them a bit ‘funky’. Danger warning: could result in frozen assets!

Sorry if I missed this somewhere but which record cleaning machine do you use.

And Hell’s Angels’ jeans could stand up by themselves, apparently.

Audiodesk Systeme - washes and dries them.

IIRC, before creating “Green Stuff” (official product name), Linn recommended using the fine-grain abrasive strip on a matchbook for scraping the melted vinyl off your stylus.

Nagaoka antistatic inner sleeves (not the cheapest but very worth it)

It’s a shame the design changed as the current versions are simply too long and poke out above the inner sleeves. The older style was perfect.

I probably always had the new ones, not sure as some packing still had the old style. I actually like that it pokes out as it makes it easier IMHO to slide the disc in and out. Though the coolest thing is that the closed end is rounded and easily fits into the original sleeves (while square ones always crumple up annoyingly)

I do the same with my AudioQuest brush. Somehow I can’t keep the Hunt safely between my fingers. After it crashed twice on a record it had to go.

But I don’t have the open edge creasing up, there is enough space: 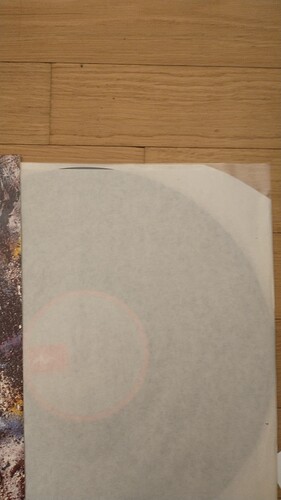 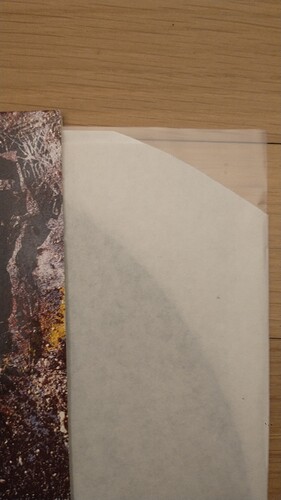 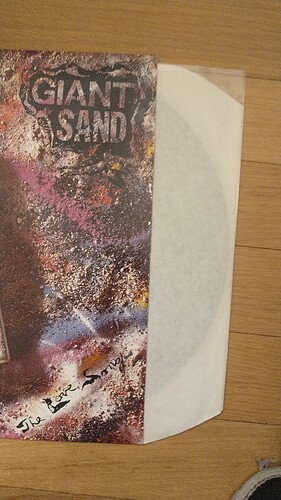 I picked this record at random and it might be particularly generous there, but I don’t remember having a problem ever with any record, and I have bagged about 500 into Nagaokas over the past 1.5 years. (Some covers are of course too tight, but those are a pain even without Nagaokas anyway and doesn’t seem to make it significantly worse)

Ah…I must be confusing Nagaoka with another…no paper on the ones I’ve used. I don’t have a photo but they look like a clear poly upturned D. Popular in Japanese records.

Or, looking again…you put the D sleeve inside a paper one?

There’s no paper on the Nagaoka. The paper in the pictures is the album’s original inner sleeve. The Nagaoka is inside it, that’s their whole point 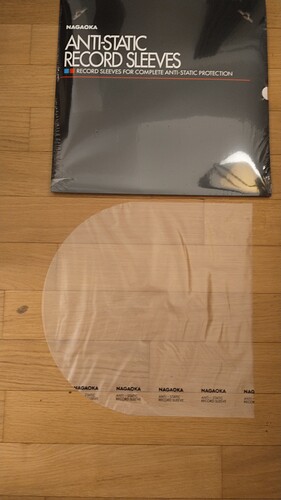 Gotcha. That’s the bit I never did

I’ll try that in future, next Nag I get, ta!