Hi All,
Does anyone have any experience of the broadband service provided by Vodaphone, good or bad?
Thanks 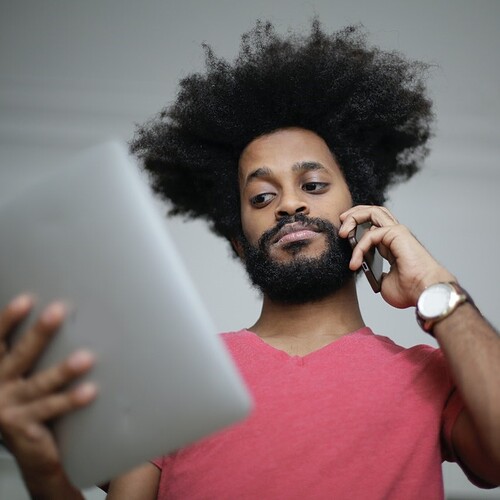 Research published by Ofcom today highlights which phone and broadband companies are providing their customers with the best service.

Thanks Simon, I’ve scanned over it, it appears to have an n/a rating on Vodafone for a few of the key categories.
So not sure if it does help, I’m mainly interested in whether their broadband is any good in terms of performance. Their customer service cant be much worse than my current provider Virgin Media.

Yes, it’s more about customer complaints where they do have data and seems high as a ratio to number of subscribers compared to other service providers … I guess next years report will have more info from VF.

Perhaps I should put my original post into some context.
I’m currently with Virgin Media for phone, broadband and TV and have been for many years.
I, as many other subscribers are finding, the cost of my contract renewal is being hiked outrageously whilst new customers are being offered the same package for a fraction. My broadband speed is supposed to be 213mbs with the Ofcom minimum guarantee of 100mbps. I’ve tested it regularly via Which speed test and I’m actually getting between 30 to 73mbps at best.
On moneysavingexpert.com Vodafone offers a similar package for about 1/3 the cost Virgin want to rob me for albeit with a more honest claim of “up to 73mbps speed” which mirrors the real figure I’m getting from Virgin.
What I’m really trying to canvass opinion on is whether Vodafone broadband speed/reliability is any good. I’ve started streaming audio and my wife works from home in the travel industry so the broadband speed/connection needs to be reliable.

Would that be a plus?

Ring them up and ask for a discount…and quote some BT, Sky, Vodaphone numbers …works for us. But yes really annoying.

I’m in that process but even if they relent and give me the same price that’s available to new customers their pricing is still way over the competition. That and their dishonesty over broadband speeds that they just cant deliver is telling me it’s time to give them the finger.
Virgin have come under quite a bit of fire from consumer watchdogs for their pricing towards existing customers and exaggerated/undeliverable broadband speeds

I have Virgin Media and I’m on their 200 Mbps tier. It’s not wholly reliable but just now I checked and this is what I’m getting as I type this. It’s not the cheapest option but it’s the best performance I can get here.

Double check with Vodaphone, but when they tried to convince me to add Broadband to my existing phone package, it wouldn’t have included e-mail … “not much use then” was my reply.

Probably geographical differences. I’m on their “M200” Broadband which claims up to 213mbps with a minimum guarantee of 100mbps. Doesnt come close 30 to 76 at best, I’ve checked it at different times over a few months using Which speed checking service. If I use the speed checker recognised by Virgin reads a bit higher but not much.
I suppose I could argue breach of contract as I’m not getting the minimum guarantee but what I’m really irked about is their taking the p*ss pricing which is the main reason for my looking elsewhere

In that case, internet based email providers such as gmail?

Yes… although it should possibly be considered neutral.

But reading your post, speed is important… so you need to work out how far your house is from your OpenReach Superfast cabinet … that can give your approx max speed. Distance is along the path of the twisted pair copper lines 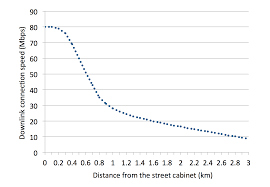 I’m with Vodafone currently, having dropped TalkTalk for being totally dire.

I’m supposed to be getting 35 MB/s minimum but am only getting 30 so have a 15% discount. It’s been a reliable service but haven’t had to contact customer service so don’t know what they’re really like.

Basically they were cheap as they’re entering the broadband market.

Thanks Takoyaki, that’s interesting. Do you stream audio, movies etc, if so is performance acceptable?
Cheers

To be honest I did wonder if 35MB/s would be ok for a family but it’s been fine running Netflix/Prime/Disney and the kids on the Xbox. Occasionally it’s not enough if everyone is streaming but rarely. What I can’t tell is whether I’m getting full 4k with this kind of speed. Prime looks great on the LG OLED but I don’t know if it’s being throttled back. The figures suggest it is, as 4k requires about 25MB/s.

Looking at the prices I’d probably get the 60MB/s as it’s only a few £’s more. It was definitely more expensive when I took out my contract a year ago. If the service remains as it is I’ll likely upgrade.

It’s tricky giving recommendations as all ISP’s seem to get get bad reviews. At the time they seemed to get largely positive feedback but is likely because they’re trying to build up a customer base so we’re going all out with pricing etc.

On Netflix 4K (UHD) is around 15 Mbps… but will adapt down if it can’t maintain that throughout as with many HTTP based video streaming services. (MPEG-DASH or HLS - I understand Netflix uses MPEG-DASH)

On an LG TV (or my LG model) if you press i on the remote on Netflix or Prime you will see the current adapted video throughput bit rate.

On my BT broadband we have shaped throughput of 42 Mbps on a line sync rate of 47 Mbps and we have up to three concurrent HD/UHD streams regularly, and never seen an issue.

Do remember your committed data rate is about 10 to 15% less that your line sync rate, due to error correction, interference etc . Your ISP will shape (limit) your throughput using its core BRAS to limit the max speed for maximum performance. Those that understand TCP will know about this. Unfortunately this is counta intuitive to the layman consumer so is often not mentioned.

Only your ISP provides your committed data rate… your router won’t know it… it will only know your line rate. On BT there is a web query you can do. I don’t know how on VF you could do this.