Volume up or Gain up? 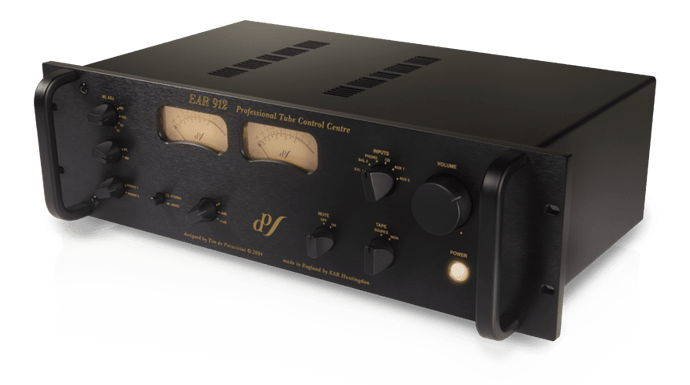 It seems to me these days that preamps amplify more than is necessary with many of today’s sources, and people are getting conditioned to having their volume controls operating only over the first quarter of the dial. In my view the gain of everything is optimal, then the volume control at maximum should take you up to the loudest the system can do without overloading and distorting, so if it was me and I had a gain control that’s where I would set it. That’s assuming no audible difference to sound quality (if there was a difference I’d chose the best sounding setting for normal use.)

An alternative would be to set the gain to put the volume control normally about in the middle of travel, giving maximum control.

However if you have multiple sources and switch between, then best is probably to make the gain so the volume control setting for the majority of recordings is about the same.

The above was assuming the gain is adjustable differently on different inputs - if it affects all inputs then I’d do my first above using whichever input is highest in level.

then best is probably to make the gain so the volume control setting for the majority of recordings is about the same.

Thanks.
The gain works only on vinyl.
I feel, generally, that higher gain and middle course volume is better sounding : more dynamic and open. More alive.
But on certain occasions, the higher gain gives a bit exaggerated highs. So before each new vinyl, I have to choose first which setting is the best.
With only volume setting, I would not have to test each and go near my pre , as my remote has only the volume choice. If you understand me.

It’s impossible, the reason of my post. Some lps have low gain, other high. I have to adjust each time. Using volume control or gain setting.

Is the middle gain the default setting ? With then a choice of + or -.
I’m guessing there is no “better” here. Only that you have an option to decide as such yourself on a disc by disc basis.

After a quick look online, the default setting is full gain with options to cut 6db and 12 dB. What with all the other options available you should be able to really dial it in

Personally I would do some testing and then use those settings for all LPs.
For me having different settings for different albums would be a pain. I also find that some LPs are cut louder than others just like some digital albums. I just adjust the volume to suit.

As a footnote; I use a DV 10x5 which is high output into Naim 523 ‘S’ boards and it sounds miles better than the MM boards - clearer and with more dynamics and better bass control. I’m not sure if this is a feature of high gain or not. Of course I have no button to fiddle with!

I will say that 70% of time I choose -6db and volume set at 9/10 o’clock.
But the 30% other, I settle 0db , instead of raising the volume.
But as you know, an lp can begin very low, very calm then be very dynamic at a moment.
So, for optimal listening : I choose first the dynamic part of the lp. Then I see if the vu meters are reaching near the red area or not going after the middle course. In that later situation, I then settle 0 db,

Do the VU meters ever stray into the red, or just get close? If they don’t go in the red then you could use the full gain setting.

But the problem of hardware is resolved this way. The unfortunate ( natural) variations of recording it’s impossible to align. ( only case to case)

Gain should be set so that peak music does not push any gain stage before the volume control into non-linear operation.

That is what that will sound like. A hardening of high amplitude high frequencies due to more distortion.
Tubes should have lots of headroom available, but will still have their sweet-spot range.

Volume control allows the stages following it to be set - usually the output stage of the Pre.
So you should want the maximum gain just short of running into distortion - if that also brings you a lower noise floor - then after that is set, use the Volume control as normal.
Sometime a bit more complex as Volume control stages themselves can operate with different linearity depending on how they are implemented.

You will probably find it a bit of an art of compromise to find what works best and for you.

The full gain is mostly near the red and sometimes in the red. If it’s too often in the red, it means there’s too much gain.

Yes, not a hardware problem. Not a great problem neither.

I think I found the best way. I will write on each lp, at the back, 0 dB or -6 dB, with a pen.
So, each time I choose an lp, I will set the correct position.

I believe the signal path in high gain is shorter. Typically low gain introduces a resistor in the signal path to lower the output, this can be useful if you have sensitive speakers and the noise level is noticeable at low volume or during silent passages. Therefore high gain is preferred, unless you hear hum, hiss or buzz.

On the other hand it is optimal to operate the volume pot around 12 or middle of its course, where it is more linear, more balanced, etc.

So you may need to compromise, as always. My choice would be shorter signal path whenever possible, it provides peace of mind.

@frenchrooster, do you roll tubes? This can help you to find the perfect operating point of the amplifier (or to become mad).

FR
I am not an electrical engineer by any means, nor a recording expert, but I see this as I see those times when I got my first dual cassette deck and could copy tapes and cd’s. I was always trying to get that recording level into the red on those little VU lights. It was never good to push the recording level into that 3rd red bar, as I found out later. When I really wanted to crank it up on the ole kenwood system, it just sounded distorted. I could be wrong in my theory here as stated.

Edit- Obviously that analogy is not apples to apples, but just a general point.

Well yeah, that’s the whole reason why cassette decks had VU lights, because going (too far) into the red saturated the tape and it distorted.
I don’t know about the Ear but I figure it wouldn’t have VU meters and markings in red if it didn’t matter

Typically low gain introduces a resistor in the signal path

Given Tim de P’s credentials would he really have used this method?