i draw on the recent personal experiences of you all.
What is the best model to purchase?

I have a Bosch Maxx WFL2060 that is now maybe about 18 years old give or take a year. It has been used at least 3 times a week all that time (often more). It has worked flawlessly in that time, and is till going strong, touch wood. Cleans well. The only thing different I would look for when one day I have to replace it would be a capacity large enough for a duvet, but the large drum ones weren’t available back then.

[Edit: I originally said “It had a minor fault at one point, thought i can’t remember what it was (inexpensive part, readily DIY-able) - unless I am remembering its predecessor,” - in making an observation about Zanussi in a later post I recalled it was indeed that machine not the Bosch, so this post amended.]

We had a Siemens, lasted 7 years. Guy in the shop said the Miele 10 year warranty offers were long gone. Recommended a LG washer with 10 year motor guarantee, its a direct drive. Very quiet.

Look at Miele’s, they’re really excellent, and some models are very affordable 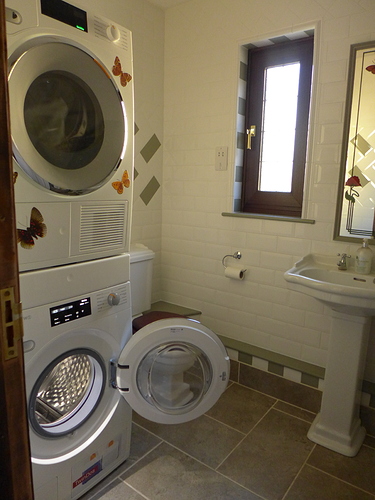 Had the existing Bosch 18 years. No problems.

I had a Siemens for 20 years, could have kept it going but opted for an accessibly priced Miele, it’s pretty good although some of the cycles are a little frustrating

We have a Miele. It spins at 1600rpm really quietly. But beware, the cheap ones aren’t really German built like a tank machines, but cheap stuff rebadged.

Have had Miele for 13 years, no repairs to date. Ooops maybe shouldn’t have said that!!

Had a Miele for 14 years, used every day before it broke and though could be repaired we thought we may as well get a replacement.
Replaced with a Bosch as our Bosch dishwasher is still going strong after 22 years! Modern Bosch is better, more economical and quieter than 14 year old Miele.

Miele here, with the 10 year warranty that did indeed fix a main computer/controller failure at 8 years old with no cost to me. It’s awesome and they have a 10 year warranty deal right now on some models.

I would definitely buy another Miele.

Our washer is 14 years old and is as silent as the day we bought it. It’s never failed but once fell off the plinth and required some minimal recalibration. I’m often disbelieving that other family members have remembered to turn it on.

Having previously owned a Bosch and a Siemens (and my sibling and parents also currently own them) I’m well aware that some models can match on lack of noise but the wash on a well tuned Miele is far better and ultimately that’s surely what matters?

I’ll also put a word in for their dishwashers. They don’t get much press but it’s a lovely little thing. 5 year guarantee but it’s also passed the decade mark without issue bar one flood thanks to some food being left in there.

that should be posted in system pics

very helpful info and thank you, At what price point are they “really German” ?

I’m not sure. You’ll need to check the specs.

There is a trade off between low water usage and the tear and wear of the items being washed. Being on a well with free water we purposely chose a basic GE washer which uses more water per load that provides a much gentler wash. Noise was not an issue since the machine is located in our basement. Can anyone imagine how loud would a NAIM washer be, even after a DR?

The most important thing is the size, you don’t want to buy a washer that’s to large. I considered buying a Miele about 18 months ago, but realised they are very deep. It wouldn’t actually fit under the worktop, it would stick out, which would not look good. Also, the Miele door hinges are on the wrong side. One neat feature they do have is a leak detection system and water intake solenoid valve.

Ended up with an AEG. Loads of features/programmes, but to be honest I think my wife only uses the synthetic 30 deg program. Made in Poland, but you never know, perhaps a German was involved in its manufacture/design somewhere along the way.

Can anyone imagine how loud would a NAIM washer be,

If Naim made washing machines, you could guarantee the WiFi wouldn’t work.

Another Miele user here (washing machine, tumble dryer, fridge & dishwasher), I checked before buying each item that it was made in Germany. I would have been very disappointed if any were made on the cheap in China (it would have gone back). Had washing machine for 6 years without problems so far. I tend to follow Which? best buys and opt for UK made items, but unfortunately Which? were unable to recommend any. Not sure if that is still the case.

Had Miele, which was good, prone to scaling on the element and therefore breaking down, but it developed a leak which couldn’t be cured…so now on a Samsung, which is quite clever but gets a bit wobbly/bangy when the load gets out of balance. It has a feature where you can add an item through a little door if you forget to put it in… thought it would be useful, but only used a handful of times in 3 years. so wouldnt have that again.